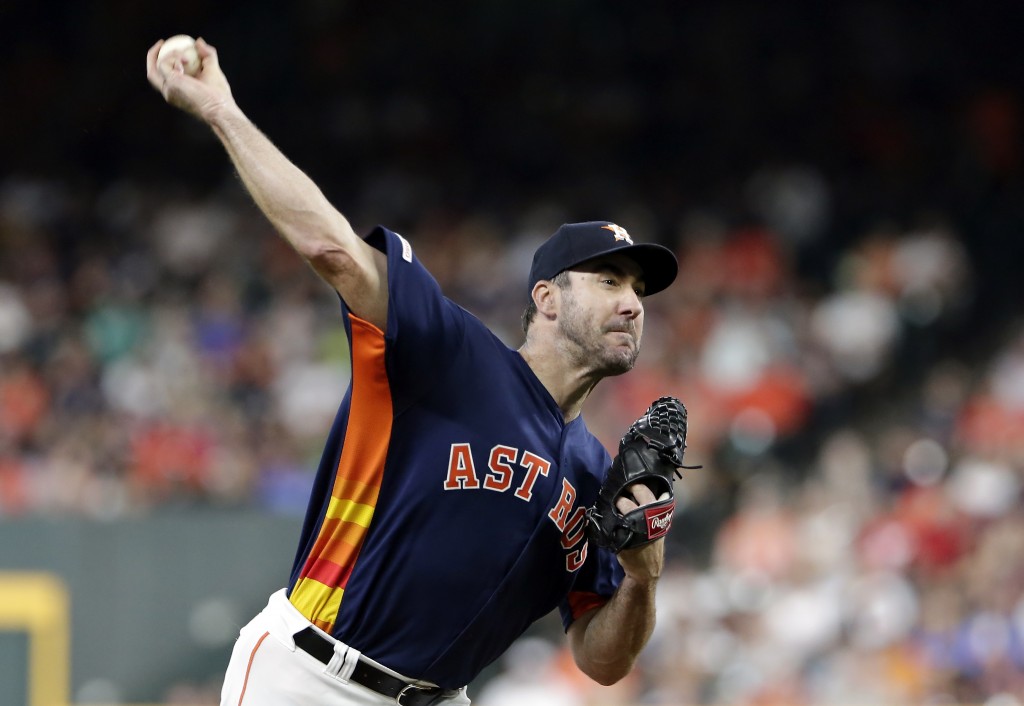 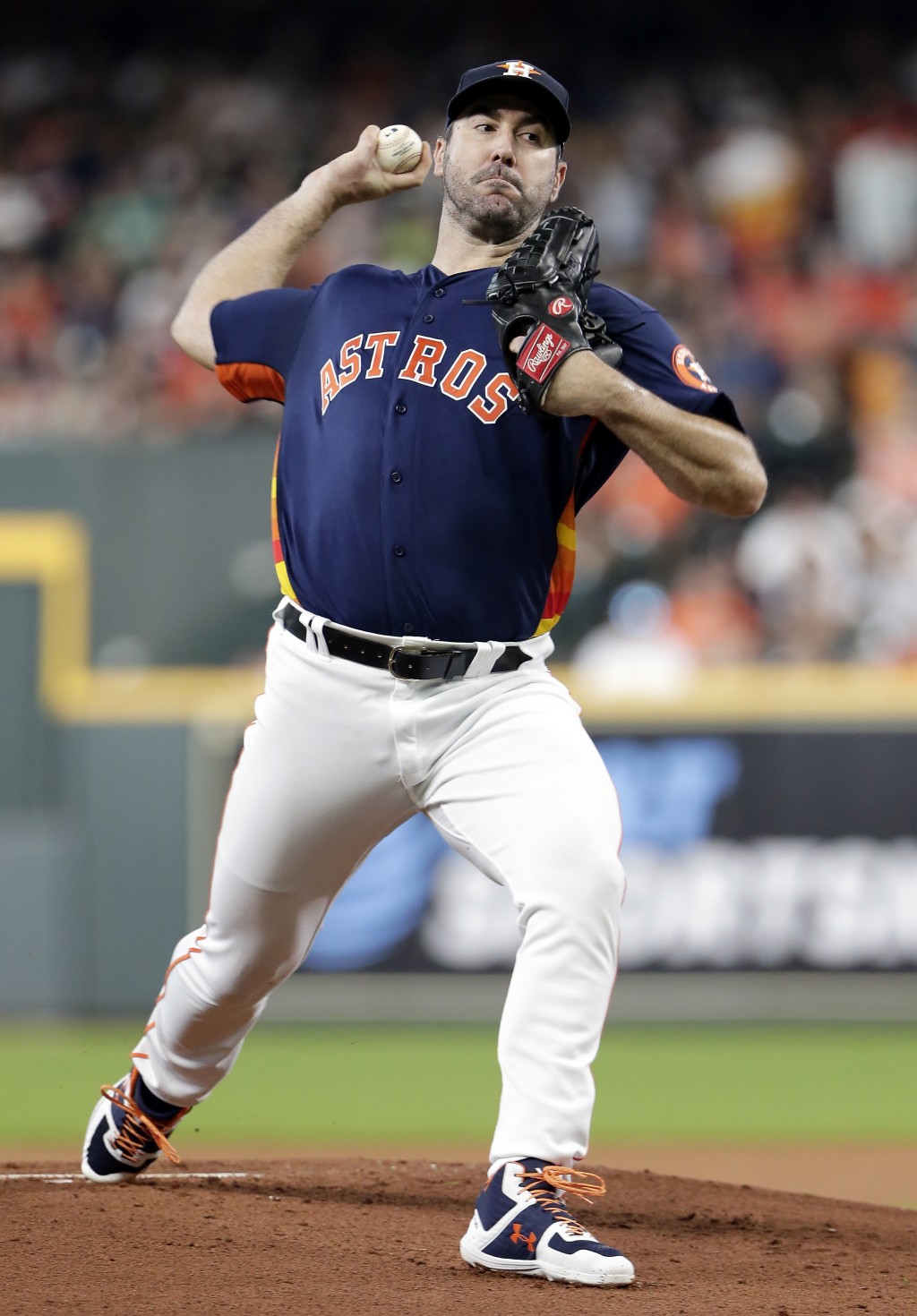 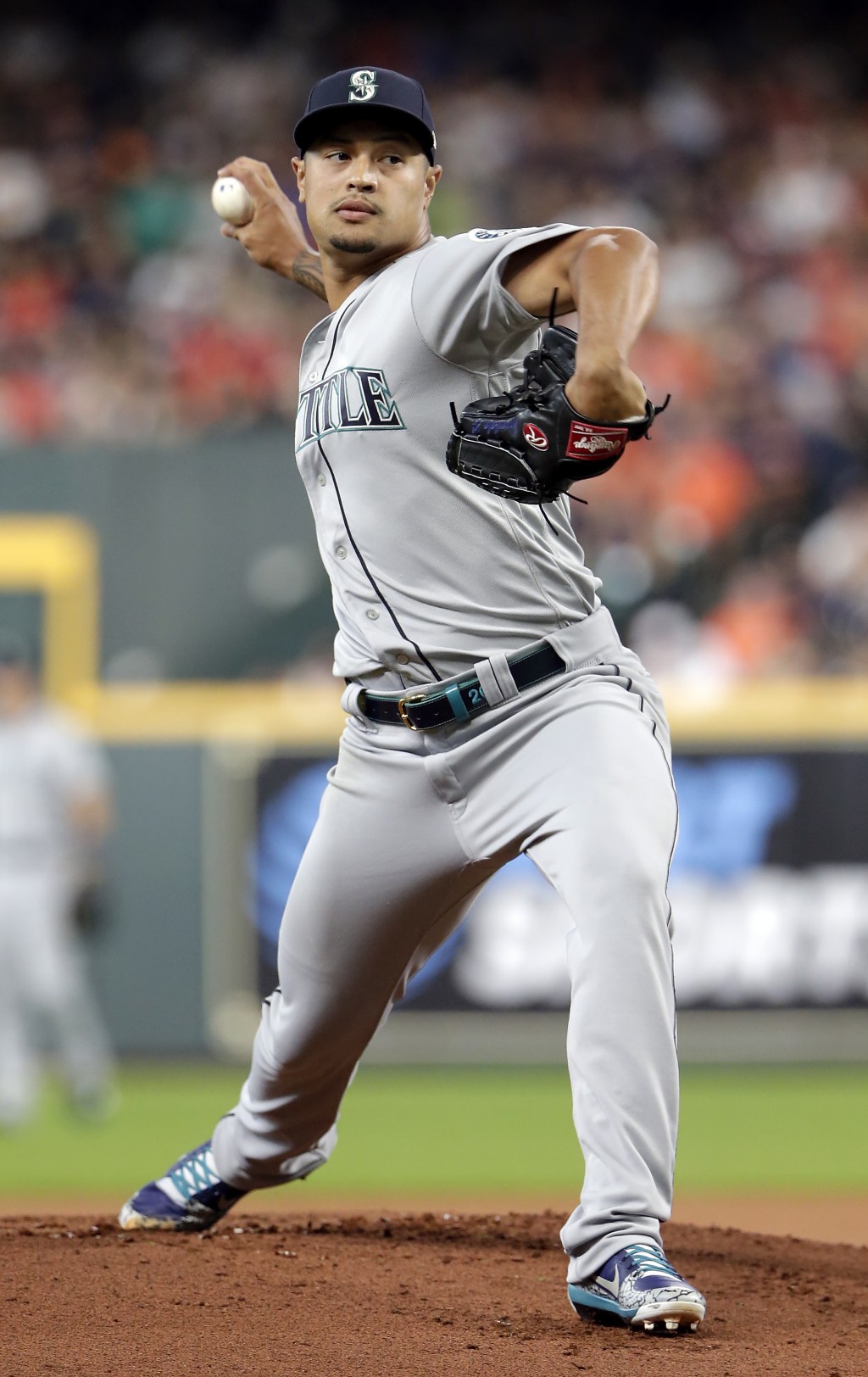 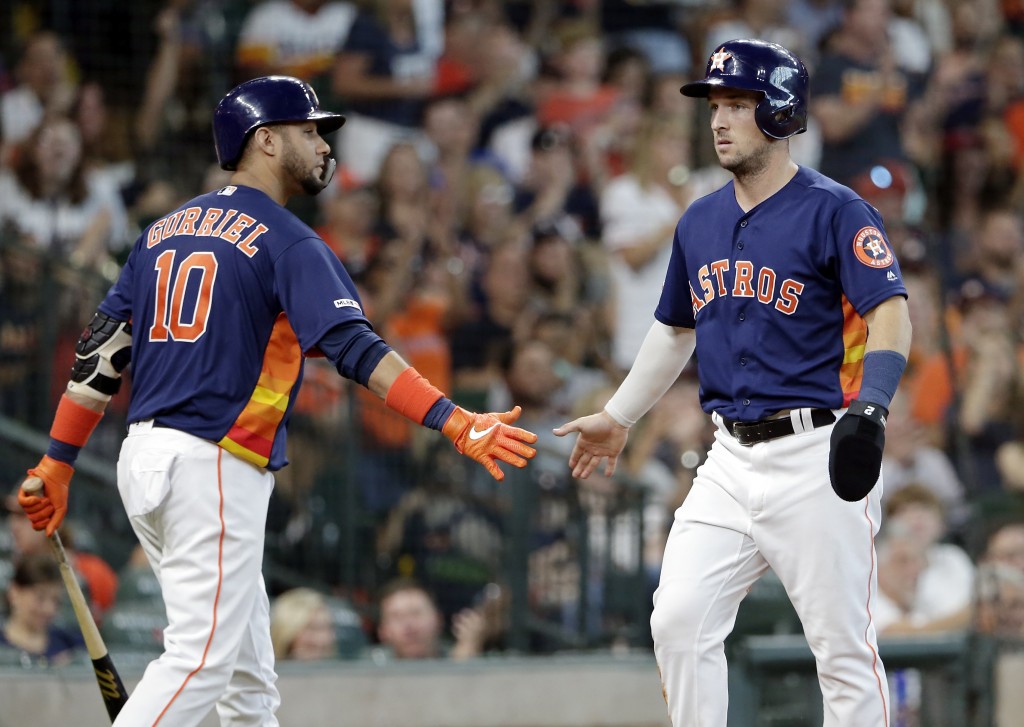 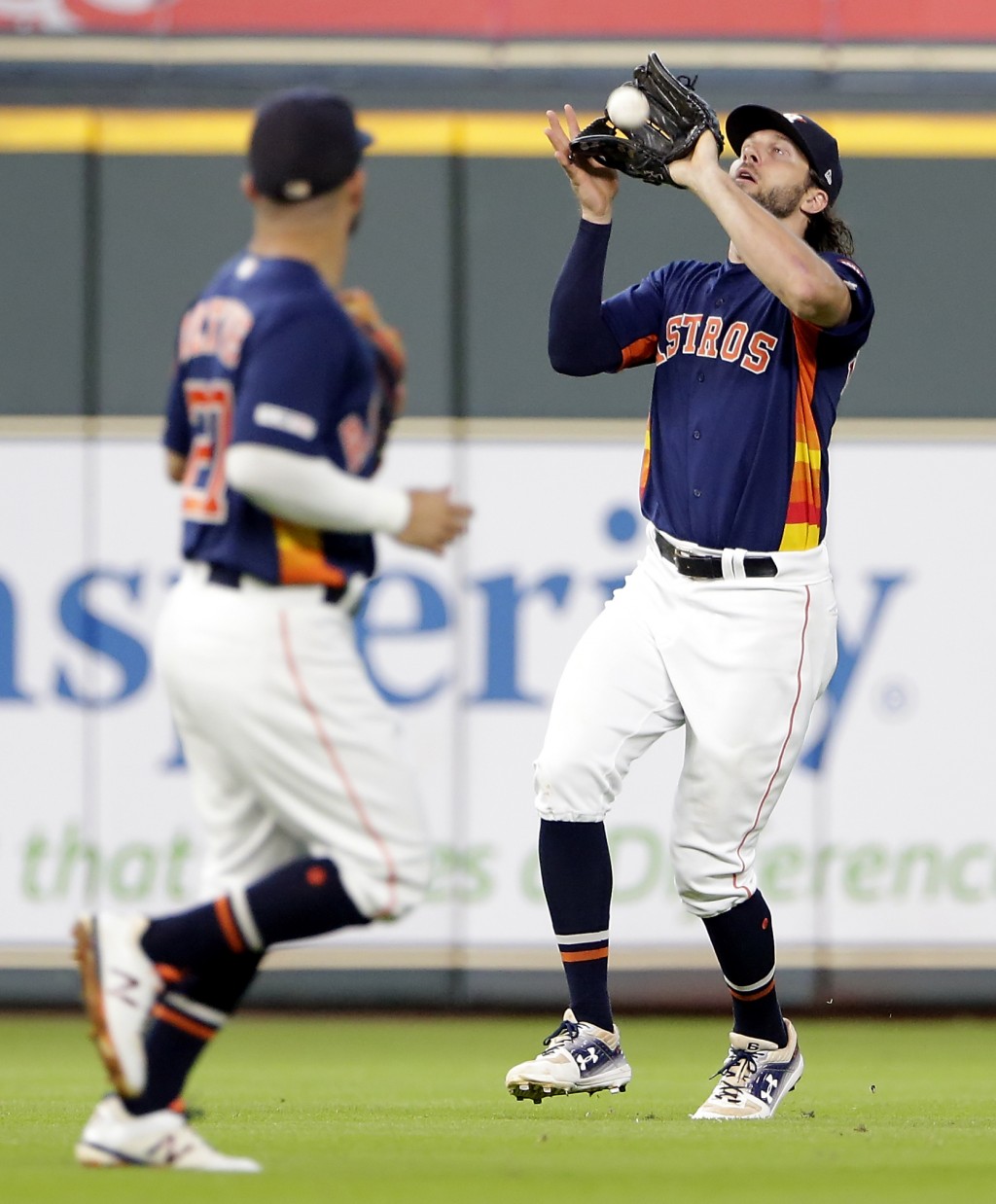 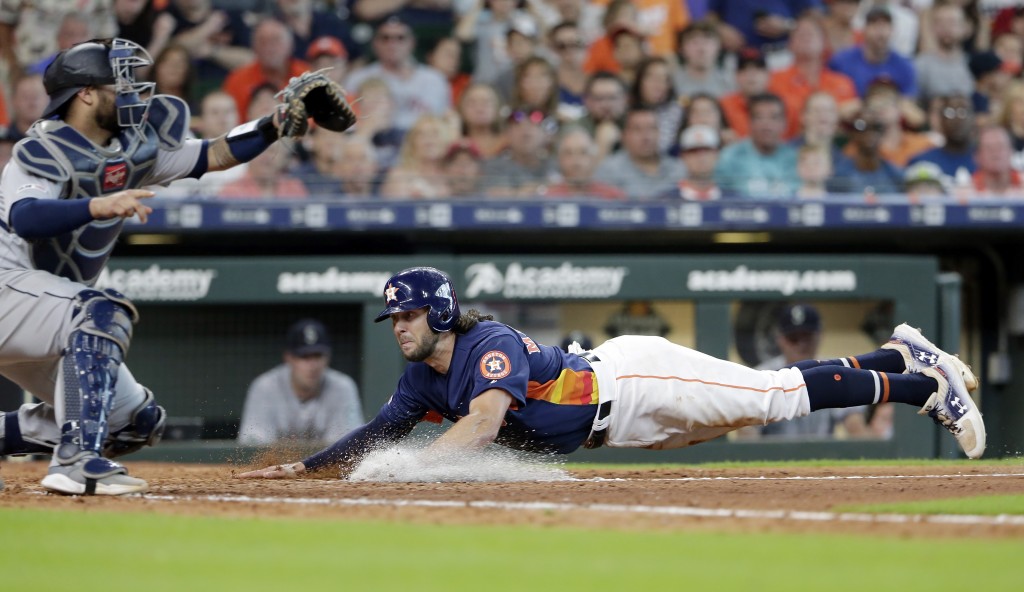 HOUSTON (AP) — Justin Verlander struck out 10 in another dominant Houston pitching performance, and the Astros beat the Seattle Mariners 3-1 Sunday for a three-game sweep.

A day after Astros newcomer Aaron Sanchez and three relievers combined on a no-hitter, Verlander (15-4) took over the major league wins lead and left with an AL-best 2.68 ERA.

Houston's starters are 14-1 in the last 17 games, and Verlander has won his last five starts for the AL West leaders, striking out a combined 53 in that span.

Verlander didn't give up a hit until Kyle Seager singled with two outs in the fourth inning. The Astros ace took a two-hit shutout in the seventh and exited after Seager led off with a home run.

Verlander's 206 strikeouts rank second in the majors behind teammate Gerrit Cole (216). This is the fourth straight season the 36-year-old Verlander has fanned at least 200 batters.

Roberto Osuna struck out one in the ninth for his 25th save. The victory improved Houston to 12-1 against Seattle this season and 38-12 against the AL West.

The game was scoreless until the fourth, when Alex Bregman singled, Yordan Alvarez doubled and Carlos Correa singled for a run.

Bregman doubled with one out in the sixth and advanced to third on a wild pitch. Alvarez then hit a ball to the warning track in center field for a sacrifice fly. Alvarez got shaken up earlier in that at-bat when he fouled a ball off his knee.

Dylan Moore tripled with two outs in the Seattle fifth, but was left stranded when Verlander retired Mallex Smith for the third out.

Seager finished Verlander with his home run, and reliever Joe Smith worked around a single by J.P. Crawford.

Jake Marisnick singled in the Houston seventh, stole second, advanced to third on a wild pitch and scored on a sacrifice fly by Josh Reddick.

The Astros observed a moment of silence before the game for the victims of the mass shooting in El Paso on Saturday that killed 20 and injured more than two dozen .

Astros: Pitching coach Brent Strom had gastrointestinal surgery after Saturday night's game and won't be with the team for a few days. Manager AJ Hinch said Strom would definitely be out for the team's next series which begins on Tuesday, but wasn't sure if he'd return for a road trip beginning on Friday. Bullpen coach Josh Miller will fill in for Strom until he returns.

Mariners: Seattle has an off day on Monday and the Mariners will use an opener to start the first of two games against San Diego on Tuesday.

Astros: Houston is also off on Monday before RHP Zack Greinke (10-4, 2.90) will make his Astros debut on Tuesday night at home against Colorado. The former Arizona ace was traded from the Diamondbacks on Wednesday for four prospects to boost Houston's rotation behind Verlander and Cole.