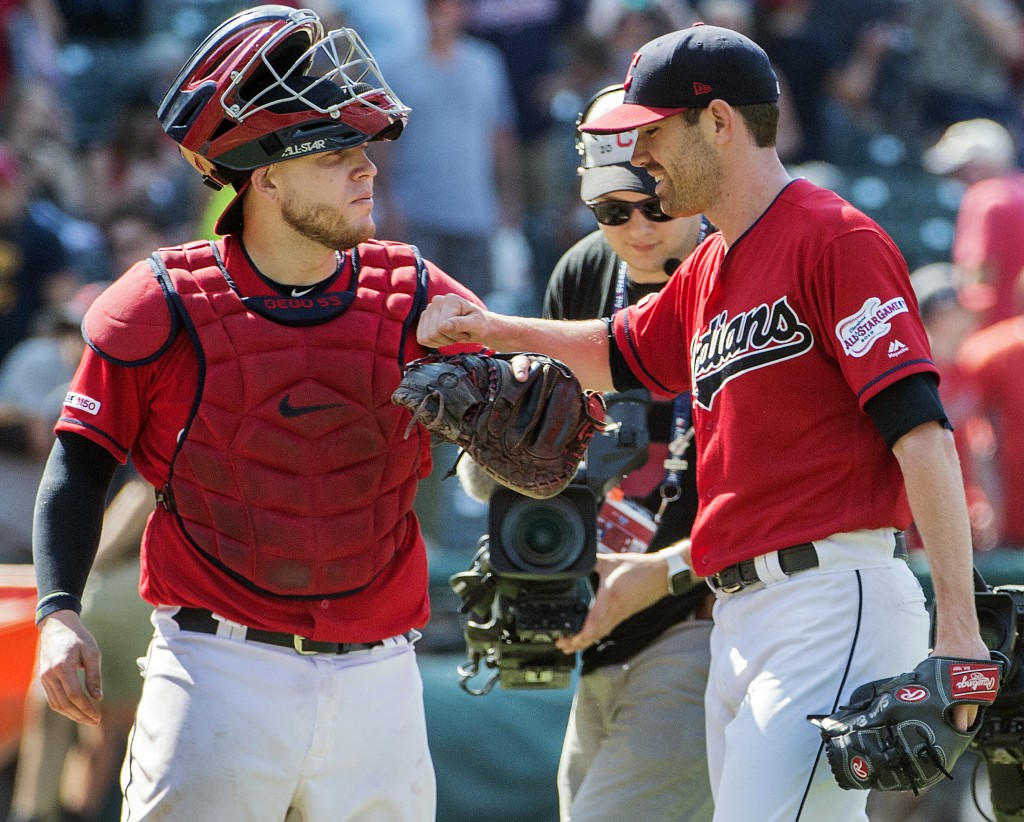 Cleveland is 37-15 since June 4, the best record in the major leagues in that span. After trailing by as many as 11½ games in early June, the Indians started Sunday three games back of AL Central-leading Minnesota.

Kole Calhoun homered and Albert Pujols had an RBI single for Los Angeles, which lost its fourth straight.

Chirinos (9-5) gave up two hits but was pulled after 63 pitches due to right middle finger inflammation. Diego Castillo, Colin Poche and Andrew Kittredge finished a six-hitter.

Mike Brosseau and Jesus Aguilar homered for the Rays, who also won six in a row from May 25-30.

Brian Anderson connected for the Marlins, who have lost four of five. Caleb Smith (7-5) gave up three runs — one earned — six hits and in five innings.

The Phillies are still in the NL wild-card hunt but lost two of three at home to the below-.500 White Sox. Not even appearances by Chase Utley, Ryan Howard, Pedro Martinez and the rest of the 2009 NL champions could inspire the Phillies and they trailed all the way against Reynaldo Lopez (6-9) and three relievers.

Mancini has 15 RBIs in 13 games against Toronto this season.