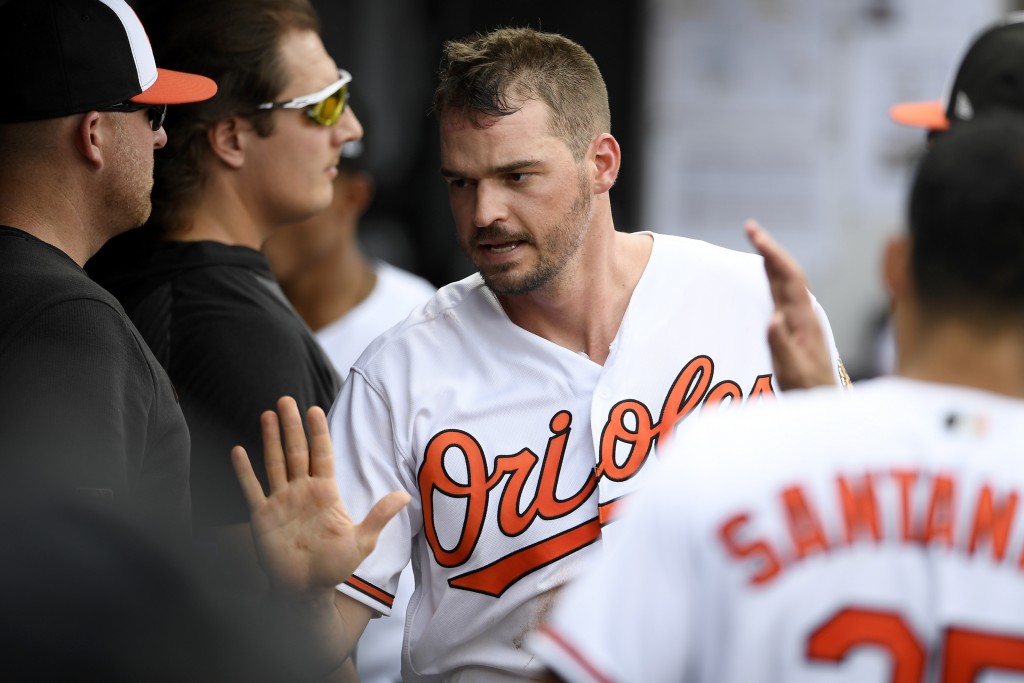 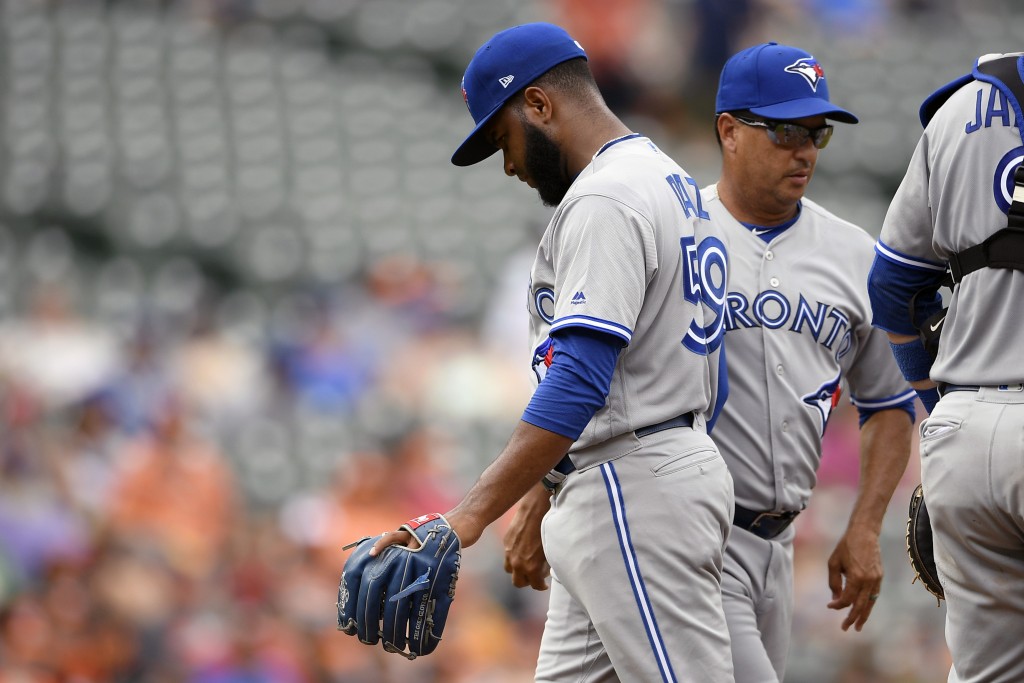 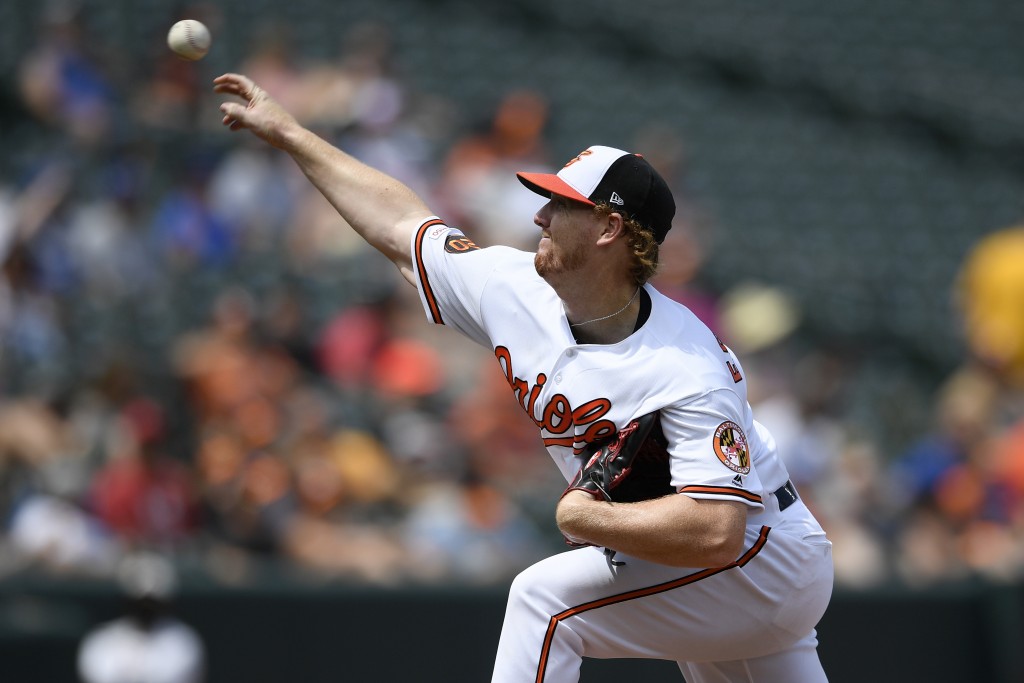 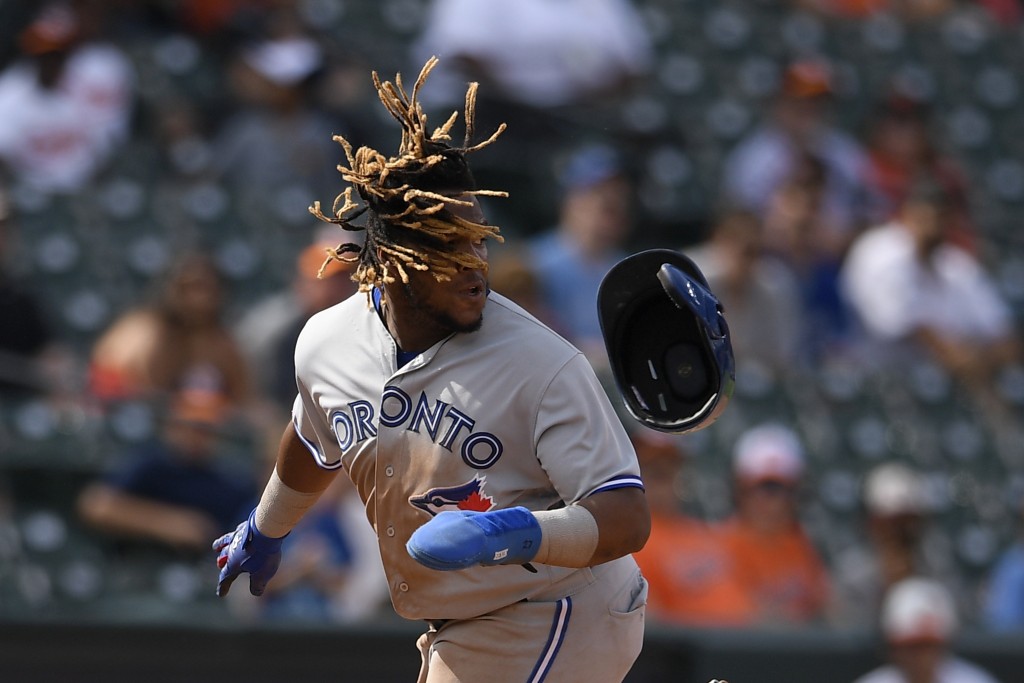 Mancini has 15 RBIs in 13 games against Toronto this season.

Rookies Bo Bichette and Cavan Biggio had back-to-back homers off Tom Eshelman that pulled the Blue Jays within 6-4 in the seventh inning. Biggio is 13 for 32 (.406) over his first seven career games. The Orioles have allowed two or more home runs in nine consecutive games, tying an MLB record.

Dylan Tate entered for Baltimore and threw two wild pitches before allowing a run-scoring double to Randal Grichuk, who tied a career-high with four hits.

Eshelman (1-2) managed to pick up his first major league win after allowing four runs and eight hits over five innings. Branden Kline and Richard Bleier combined for a scoreless eighth and Shawn Armstrong picked up his fourth save.

Toronto was 2 for 15 with runners in scoring position. Vladimir Guerrero Jr. had his 11th three-hit game and is batting 19 for 39 (.487) in 10 games against Baltimore.

Baltimore led 4-2 when Diaz, who had never pitched above Double-A, took over the begin the fifth. The 22-year-old walked four batters, including two with the bases loaded, and was pulled with two outs.

The Blue Jays loaded the bases against Orioles opener Jimmy Yacabonis in the first. He got out of the jam on a forceout at the plate and a double play, with left fielder Antony Santander catching a flyball and throwing out Lourdes Gurriel Jr. trying to advance to third.

The Orioles took a 1-0 lead in the bottom half off Sean Reid-Foley (1-2) on a shallow popup by Jace Peterson that landed in left field for a single, allowing Santander to score from second.

Toronto tied it in the second on an RBI single by Teoscar Hernández off Eshelman.

Baltimore took a 4-1 lead in the bottom half when Bichette couldn't handle a sharp grounder to shortstop by Jonathan Villar that allowed Chance Sisco to score and Mancini followed with a two-RBI double.

Blue Jays: RF Derek Fisher left in the first inning of Saturday's game after a flyball deflected off his glove and hit his face. The concussion tests were negative, and he pinch-ran in the seventh.

Orioles: RHP Miguel Castro is battling an illness and has not pitched since July 30. "We're hoping Castro is ready at some point soon but he's still not feeling well," manager Brandon Hyde said.

Blue Jays: Rookie RHP Jacob Waguespack (2-1, 4.80 ERA) will start the series opener in Tampa Bay on Monday. He allowed one run on three hits over a season-high six innings against the Royals on Wednesday.

Orioles: RHP Gabriel Ynoa (1-6, 5.55 ERA) is making his first start since June 30 against the first-place Yankees on Monday.