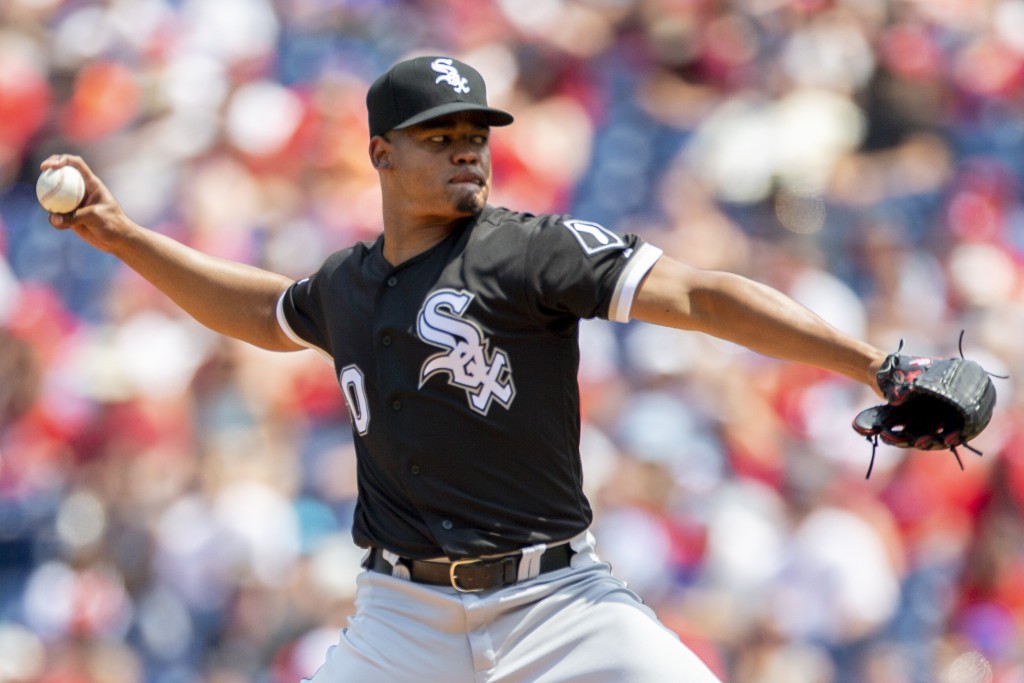 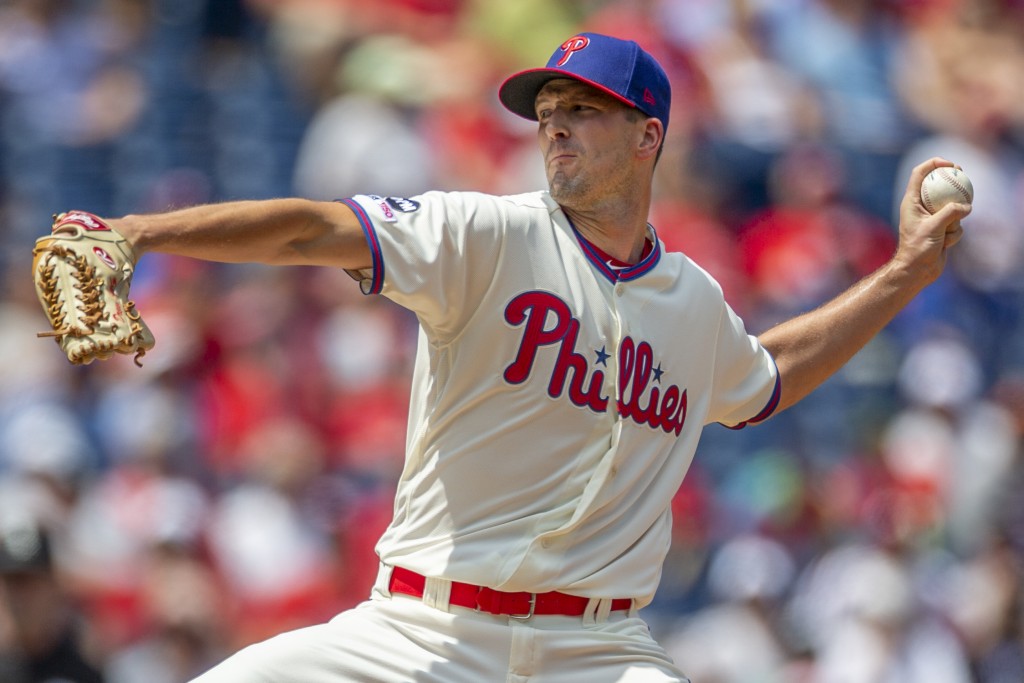 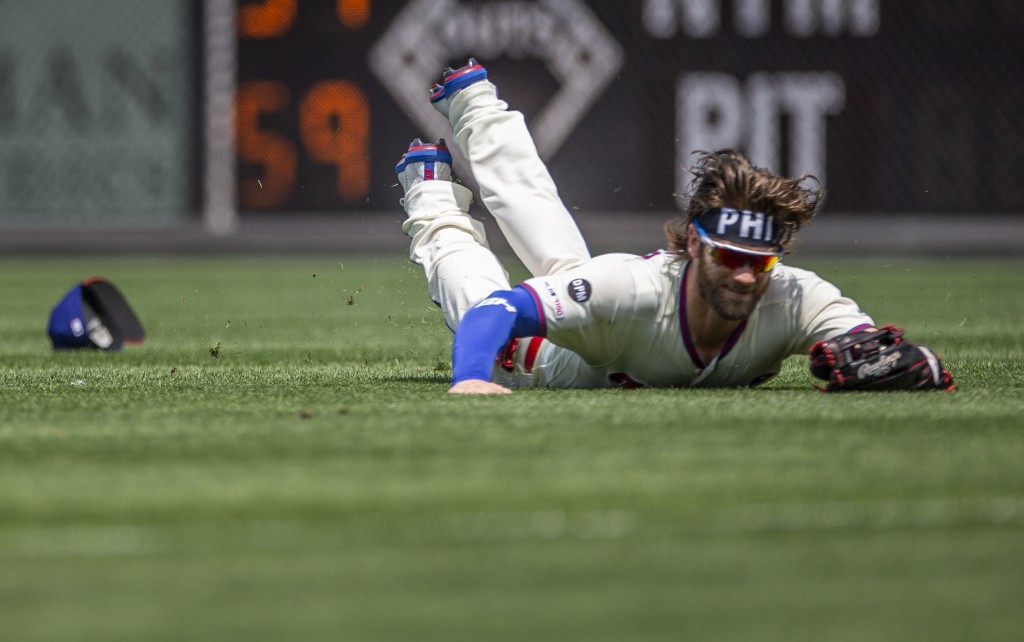 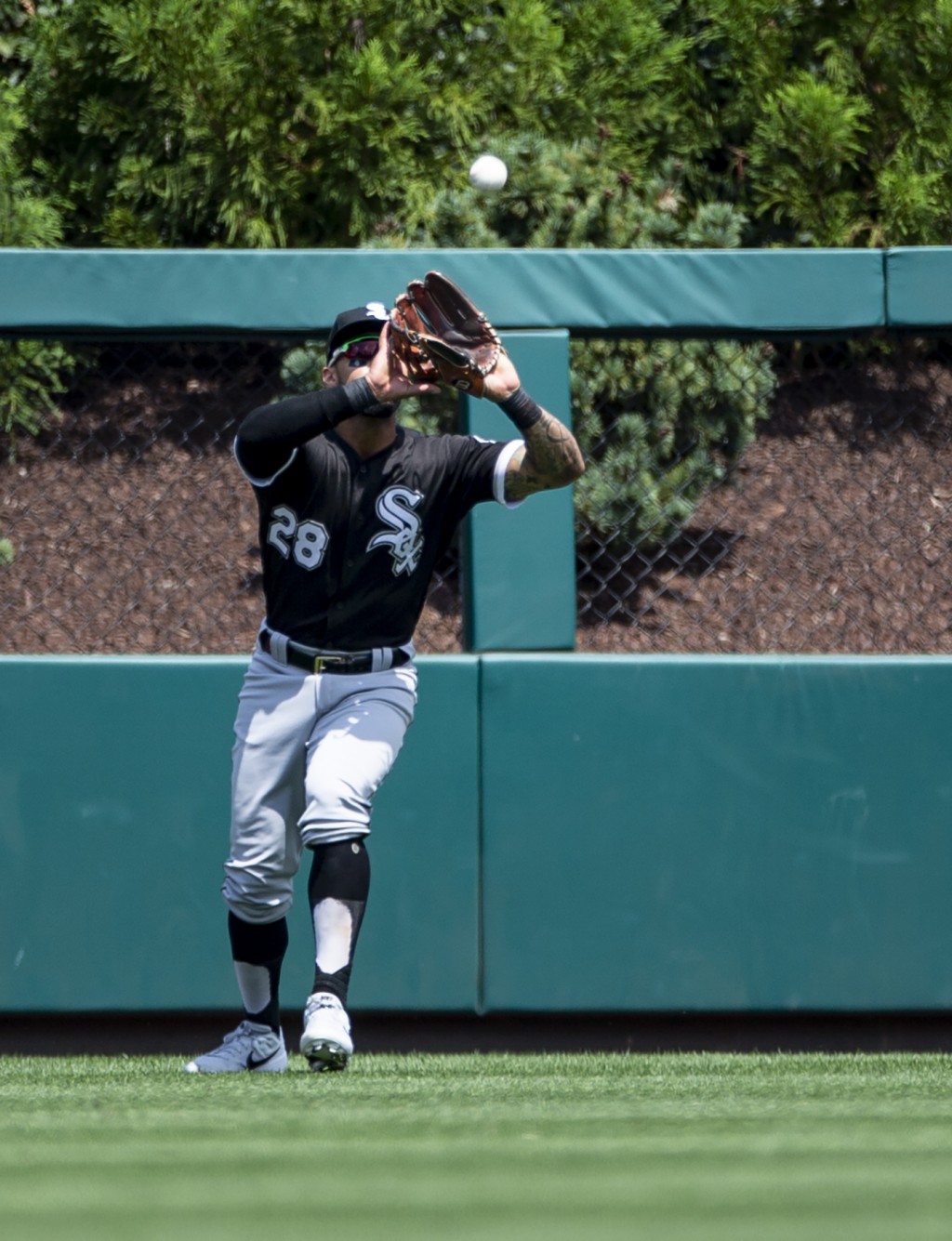 The Phillies are still in the NL wild-card hunt but lost two of three at home to the below-.500 White Sox. Not even appearances by Chase Utley, Ryan Howard, Pedro Martinez and the rest of the 2009 NL champions could inspire the Phillies and they trailed all the way against Reynaldo Lopez (6-9) and three relievers.

The Phillies spent $330 million to bring Bryce Harper aboard and fuel expectations they could make a serious playoff push for the first time in nearly a decade.

But the disappointment of the season hit hard Sunday when the Phillies made the surprise demotion of starting third baseman Maikel Franco to Triple-A Lehigh Valley. Franco was hitting just .231 with 15 home runs and 47 RBIs (mostly batting eighth in the lineup) in 102 games. Franco was once projected as a cornerstone player for the Phillies, appearing in more than 150 games in both 2016 and 2017. His best season came in 2016 when he hit 25 home runs and had 88 RBIs.

The Phillies have a glut of outfielders and the trade deadline deal to get former All-Star Corey Dickerson left them looking to shake up the roster. Scott Kingery started at third base Sunday and will replace Franco. Rodriguez will serve as the right-handed bat off the bench. Dickerson hit a two-run homer in the ninth.

"This felt like an appropriate time to make a very difficult move for the clubhouse because we all care deeply about Maikel Franco," Phillies manager Gabe Kapler said. "He's an exceptional teammate and person and we all love him. But we felt like the best roster for the Philadelphia Phillies had Sean Rodriguez on it right now because of his versatility and his ability to play all over the diamond."

Philadelphia sent Drew Smyly (2-6) to the mound for his third start for the Phillies — a castoff expected to hold the fort for a crumbling rotation. The Phillies have at one point sent three members of their opening day rotation to the bullpen, and Jake Arrieta is pitching through bone spurs in his right elbow. The Phillies aren't out of the NL playoff picture but they fell to 6-15 since the All-Star break.

Smyly allowed five runs in the second inning, four of them on Garcia's 431-foot blast that landed just shy of the outfield concourse. Garcia's seventh homer of the season was his first career grand slam.

Lopez was chased after 5 1/3 innings and the White Sox leading 5-3. Aaron Bummer came out of the bullpen and got Rodriguez to hit into a double play to end the rally. Jimenez sealed the win in the eighth when he went deep off Mike Morin in the eighth for his 18th homer of the year.

The Phillies honored the 2009 NL championship team that lost the World Series to the New York Yankees in six games. Martinez threw the first pitch to Jayson Werth. Werth playfully tackled the Phillie Phanatic after players and coaches from that team were announced. The Phillies won the World Series in 2008 and made five straight playoff appearances from 2007 to 2011. They haven't been back again to the postseason.

White Sox: The White Sox road trip continues in Detroit with RHP Lucas Giolito (11-5, 3.39) taking the ball in the opener of a four-game series.

Phillies: The Phillies head to Arizona or a three-game set and send RHP Vince Velasquez (3-6, 4.40 ERA) the mound on Monday.