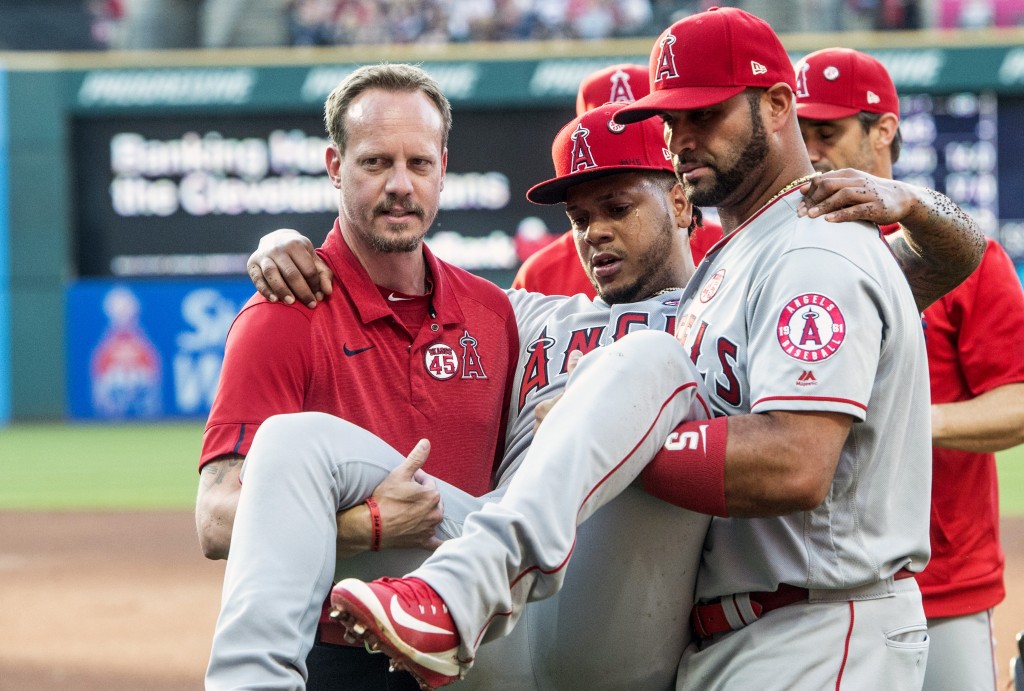 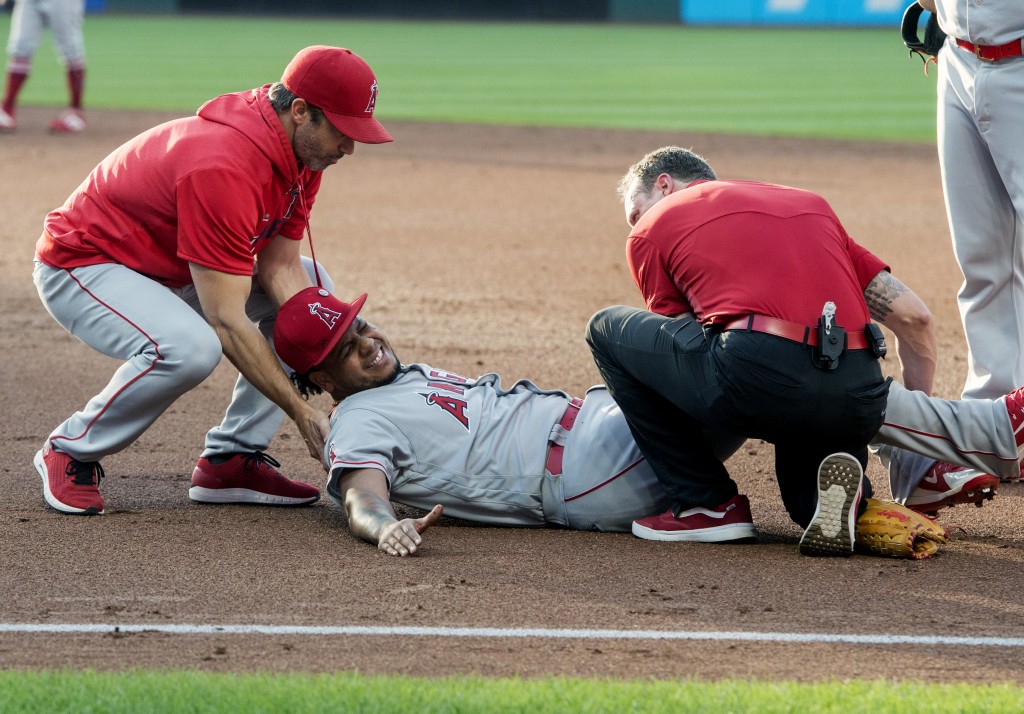 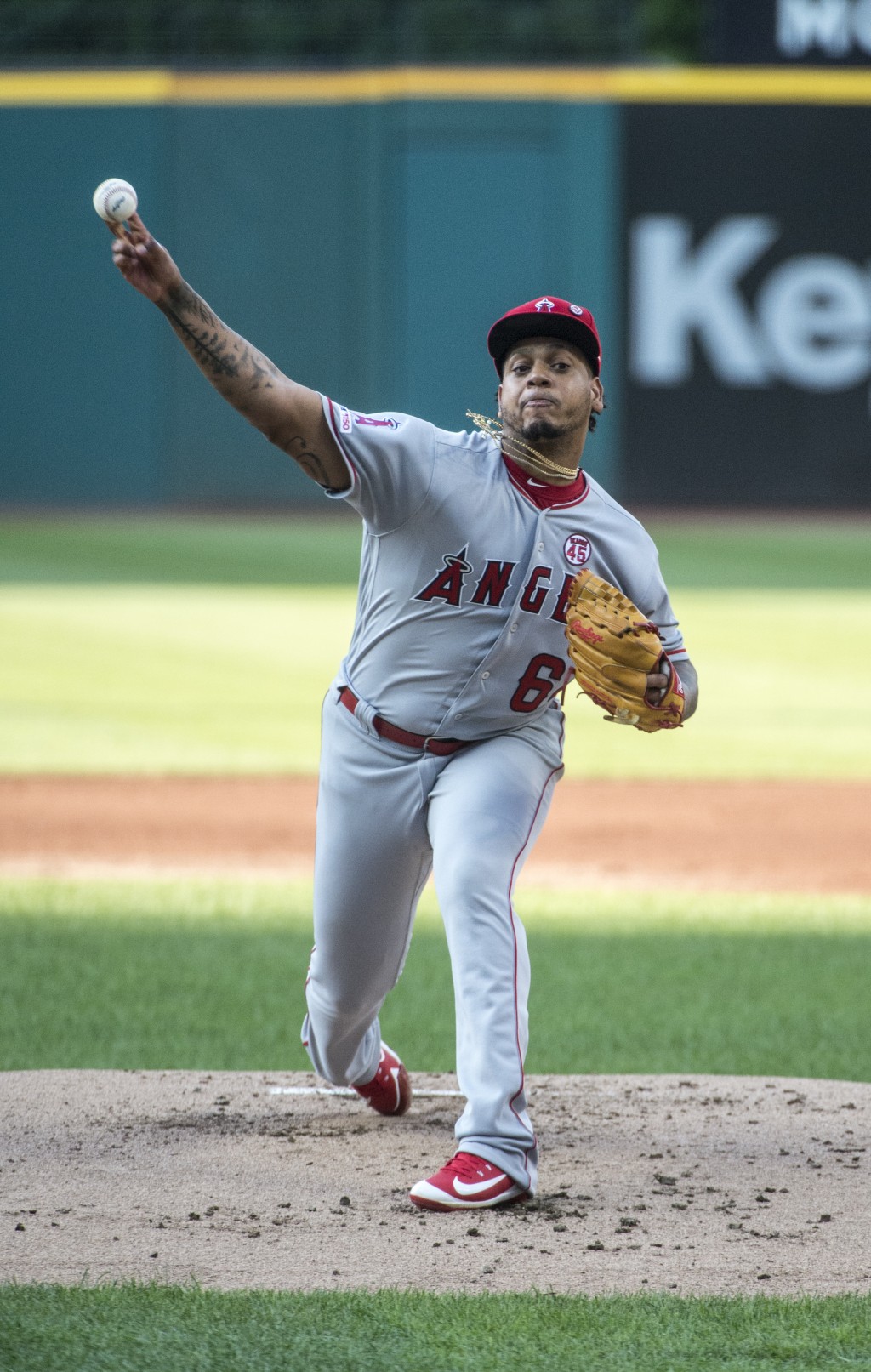 CLEVELAND (AP) — Los Angeles Angels pitcher Félix Peña has a torn ACL in his right knee and has been placed on the 10-day injured list.

Peña was injured covering first base in the second inning Saturday against Cleveland. He went to the ground after crossing the bag to record the out and grabbed his right leg.

Peña was down for several moments before being carried to the dugout by first baseman Albert Pujols and a trainer. He underwent an MRI that revealed the injury.

The Angels made a series of roster moves before Sunday's game with Cleveland. Shortstop Andrelton Simmons (sprained left ankle) and right-hander Griffin Canning (elbow inflammation) were placed on the 10-day IL.