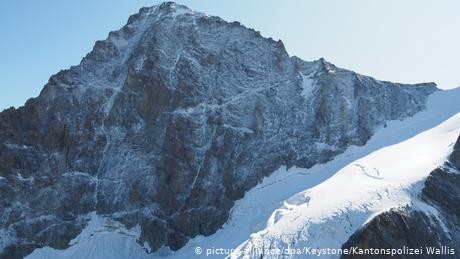 Two mountaineers died after falling while climbing a peak in the Swiss Alps, Swiss authorities said on Sunday.

The two climbers have yet to be formally identified, although police in the southwestern Swiss canton of Valais said they were German.

The accident occurred on Saturday while the two men were climbing the Dent Blanche, one of the highest mountains in the Swiss Alps.

A rescue helicopter was sent out, but the officers could "only determine the death of the two fallen mountaineers," police said in a statement.

Authorities said the two men were passing along the "normal route" in order to reach the summit of the mountain, which rises up to 4,357 meters (14,294 feet).

It is unclear how the accident occurred, but police said the public prosecutor's office has opened an investigation into their deaths.