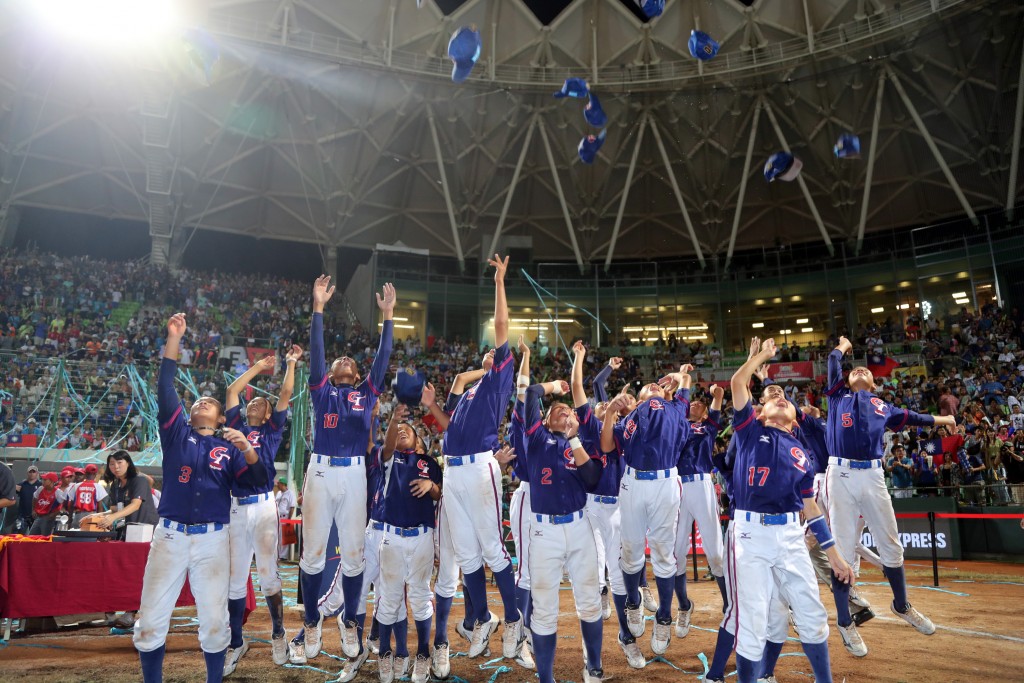 Taipei (CNA)-- Taiwan won its second U-12 Baseball World Cup title Sunday with a 4-0 shutout victory against Japan in the southern city of Tainan.

The long-awaited title gave Taiwan, competing under the name Chinese Taipei, its first in eight years since it clinched a trophy in the biennial competition's inaugural edition in 2011. It made it to the finals in each of the first four tournaments.

Watched by a 7,000-plus crowd at the Tainan Asia-Pacific International Baseball Stadium, the victory had largely its starting pitcher, Chen Kai-Sheng (陳楷升), to thank, who pitched five scoreless innings and hit a solo homerun at the top of the sixth.

Neither of the two teams were able to earn a run in the first two innings in Sunday's game.
Taiwan drew first blood in the third inning on a Japanese error and a timely hit by Jiang Ting-yi (江庭毅) with bases loaded, giving Taiwan an early 2-0 lead.

The home team added another run with a sacrifice fly by Yeh Hung-jen (葉弘仁) in the fourth inning to extend the lead to 3-0.

Chen added another safety run to extend the lead to 4-0 with a single homer at the sixth before reliever Lin Cheng-yu (林丞宥) came from the bullpen at the bottom of the sixth to preserve the shutout.

The U-12 Baseball World Cup is for players under the age of 12 and is sanctioned by the World Baseball Softball Confederation. It is the most elite and highest level of competition in its age category.