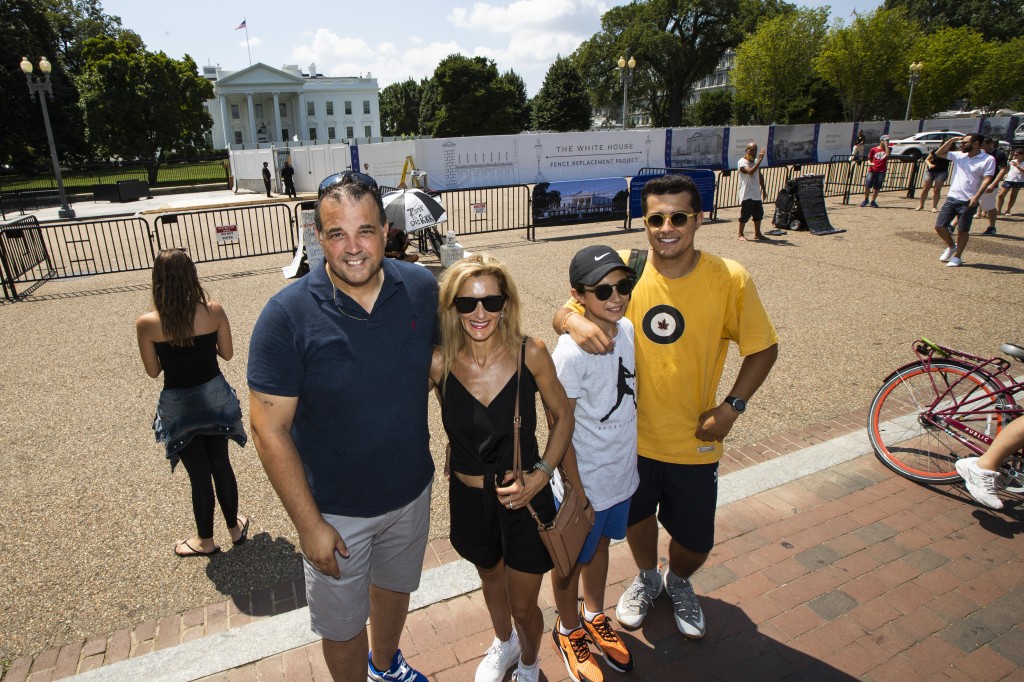 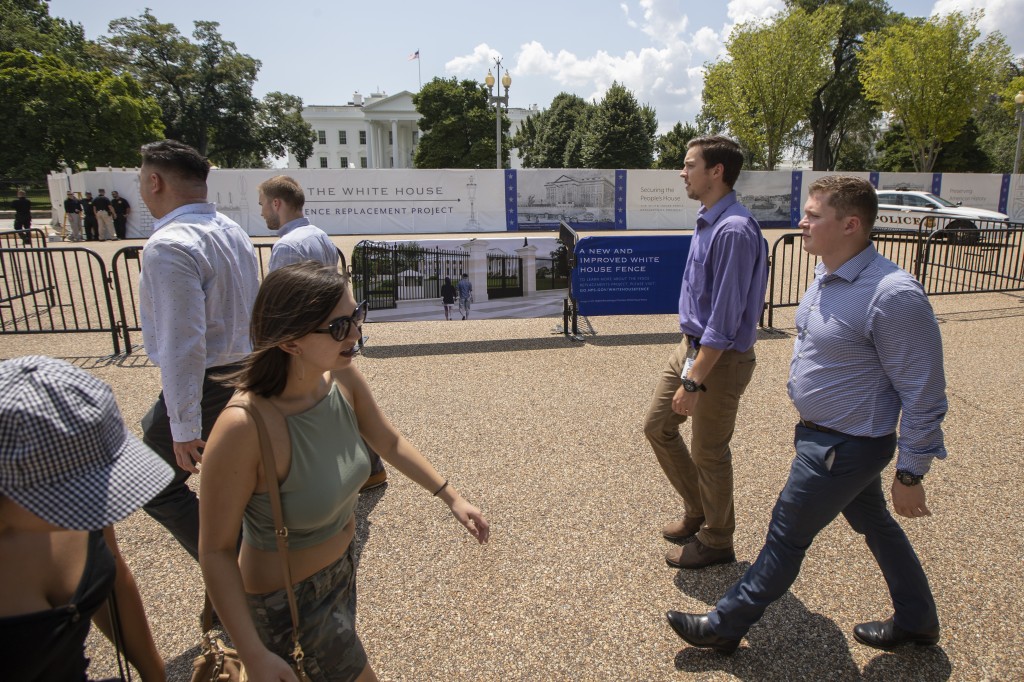 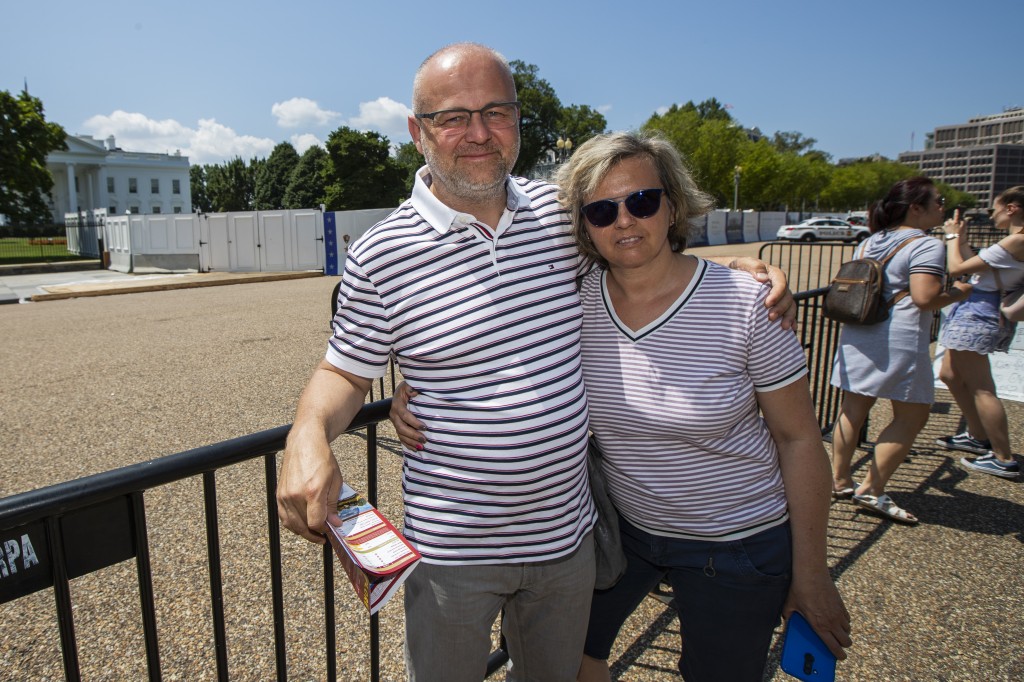 WASHINGTON (AP) — Tourists aiming for postcard-perfect photos of the White House at first couldn't avoid the black metal bicycle racks that were arranged to form an extra security barrier against possible fence-jumpers. The racks were in just about every shot. But visitors now must contend with a tall white wooden barrier that's obscuring prime views of the executive mansion.

And it likely will be a long time before the White House comes back into focus.

The barrier recently went up as the National Park Service and the Secret Service began a $64 million project to install a 13-foot, 1-inch (3.96 meter) steel picket fence around the White House — twice as tall as the fence being replaced. Construction is expected to last through 2021.

Tourists are complaining about the obstructed views but say they understand why a taller fence is needed.

"I'm disappointed that you can't get a clear shot of it because it never looks like it does on TV when you actually see it," said Joe Loetscher, of Colorado Springs, Colorado, who was in the nation's capital with his family while his wife attended a conference. Loetscher said he had no idea the White House had become a construction zone.

Julius Farris of Dallas didn't sound bothered by what he saw — or couldn't see — on his first time seeing the White House up close.

"If it needs it, it needs it," Farris said of the fence. "If it's going to improve the situation, that's fine."

A series of breaches in White House security, including an armed man who got into the building in 2014, led officials to conclude it was time for a taller fence. The Secret Service guards the White House and protects the president and members of his immediate family at all times. The project predates President Donald Trump.

Eight phases of construction are planned using more than 3,500 feet (1,067 meters) of steel fencing. The Secret Service declined to discuss state-of-the-art features that are to be included.

The White House remains visible from all directions, and public tours of its ceremonial rooms are continuing during the project. What's missing, for the foreseeable future, are head-on views of the president's home and office, which has been the backdrop in countless tourist photos.

"I would like to have a clean picture," said Radek Klinowski, of Poland, adding that he was "a little bit disturbed" to encounter the construction.

The design for the new fence was approved in 2017 by the Commission of Fine Arts and the National Capital Planning Commission. A contract for $64 million was awarded in June 2018.

In September 2014, a Texas man carrying a folding knife climbed over the fence, ran across the North Lawn and entered the White House before Secret Service officers apprehended him on the first floor. Then-President Barack Obama and daughters Malia and Sasha had departed minutes earlier by helicopter for the presidential retreat at Camp David. His wife, Michelle, had arrived there earlier that day.

The lapse led security officials to use the metal bicycle racks to form a second, temporary barrier several feet in front of the existing fence until the design and funding for the taller fence were approved.

In July 2015, sharp metal points were added to the existing fence to make climbing more difficult.

A few months after Trump took office in 2017, public access to sidewalks and adjoining areas south of the White House was curtailed after a California man carrying Mace climbed the fence and roamed the grounds for about 17 minutes before Secret Service officers discovered him. Trump and his family were at the White House at the time.