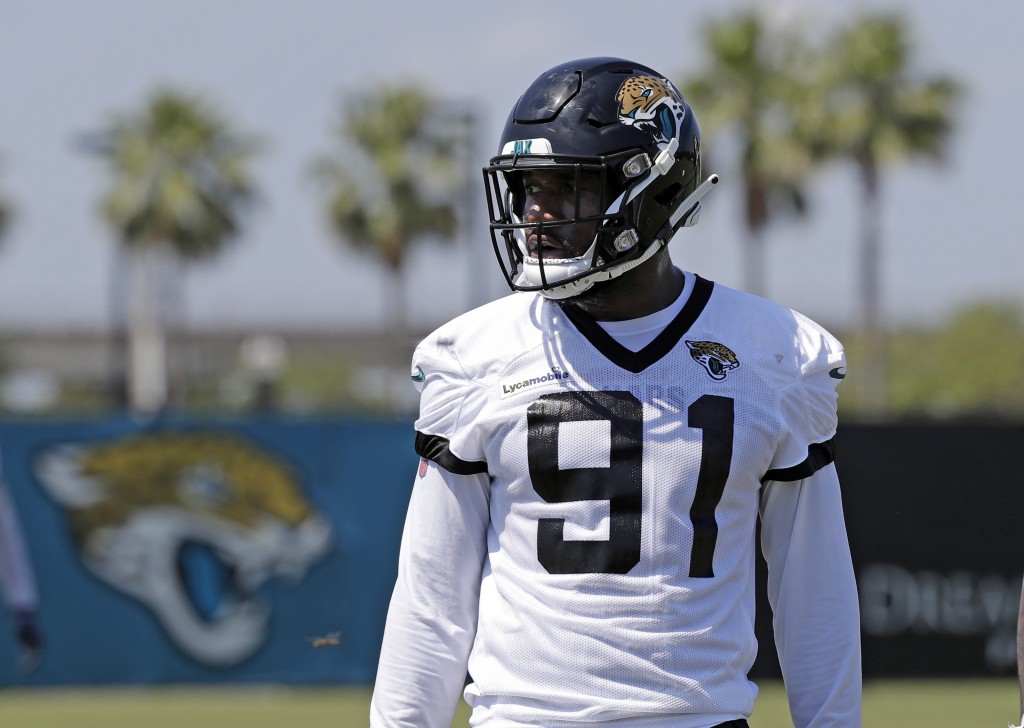 The standout pass rusher reported to the Jacksonville Jaguars' training camp Sunday following an 11-day absence and appears ready to play out his rookie deal.

Ngakoue is entering the final year of a $3.84 million contract. He's due to make $2.025 million this fall — far less than other top playmakers at his position. He is also facing $528,650 in fines from skipping a three-day minicamp in June and nearly two weeks of camp.

Ngakoue had been seeking more than $20 million a year, but the Jaguars seemingly don't consider him a complete or elite defensive end. Jacksonville also selected Ngakoue's potential replacement, Josh Allen from Kentucky, with the seventh overall pick in the NFL draft and is expected to make Jalen Ramsey the league's highest-paid cornerback next year.

Ngakoue has made it clear via social media that he's willing to bet on himself in 2019.