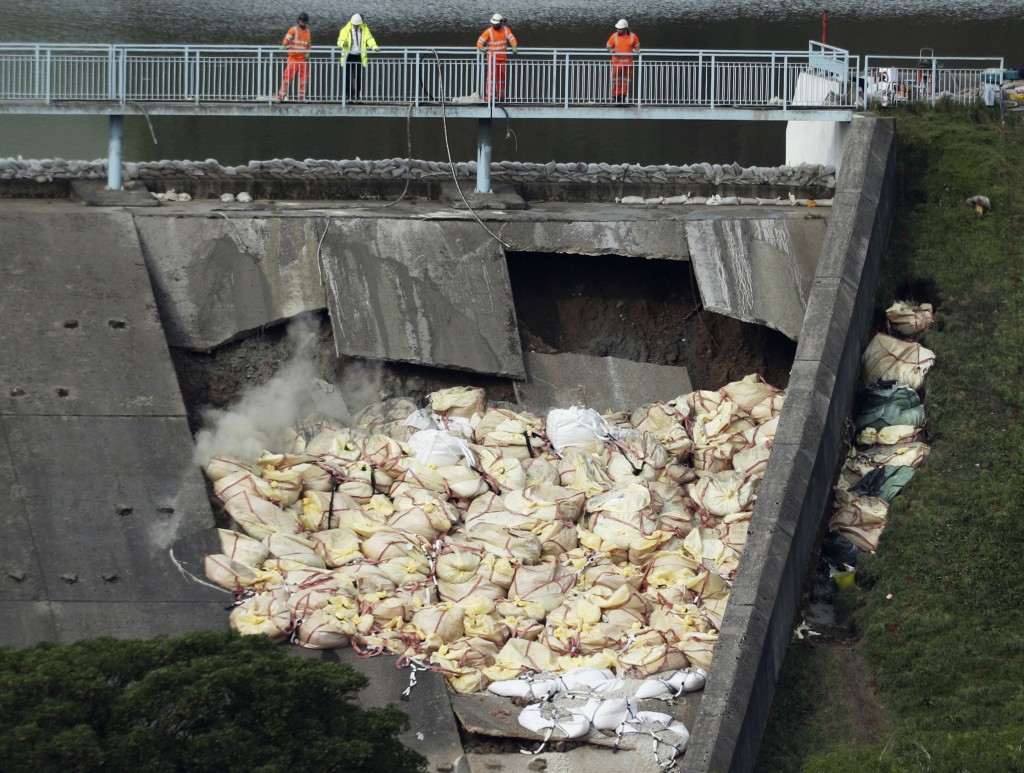 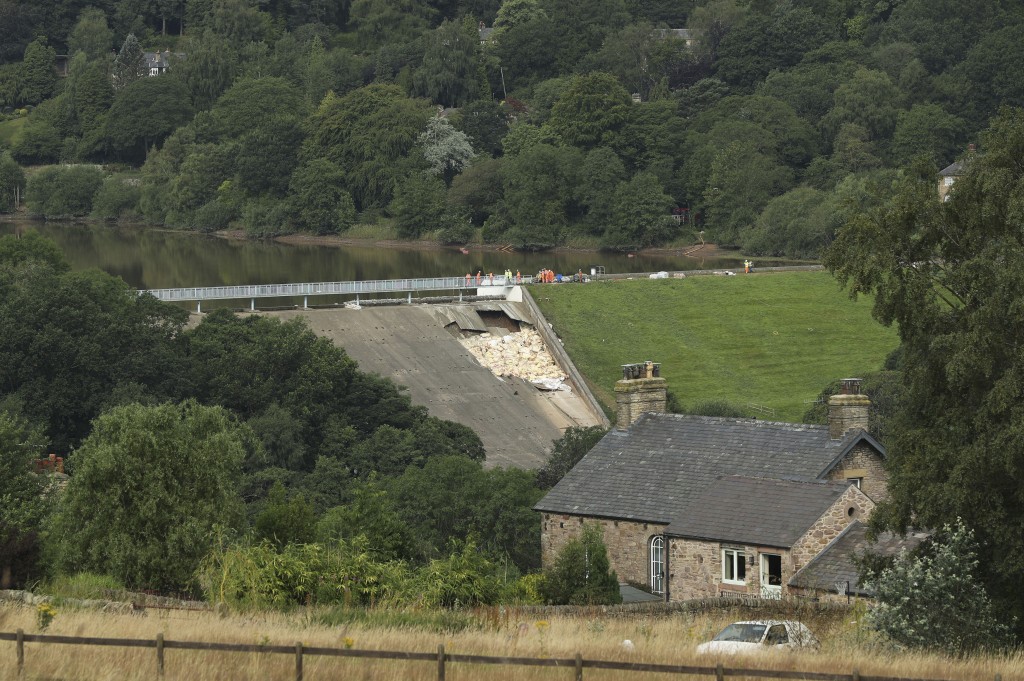 LONDON (AP) — Emergency crews working to shore up a damaged dam in northwest England are warily watching the weather as forecasters predict heavy rain in the coming hours.

Britain's meteorological agency says "torrential downpours and hail" are possible across northern England on Sunday. That could hamper emergency efforts to reduce the water level in the 180-year-old Toddbrook Reservoir with huge pumps.

Firefighters say the water level dropped 35% but didn't say what level is safe. A Royal Air Force helicopter had been dropping giant sandbags into a gaping hole in the dam's spillway and contractors put concrete grouting around the bags to bind them together.

The dam was damaged last week after heavy rains sent torrents of water over the spillway.

Hundreds have been evacuated from Whaley Bridge, a town 175 miles (280 kilometers) northwest of London.