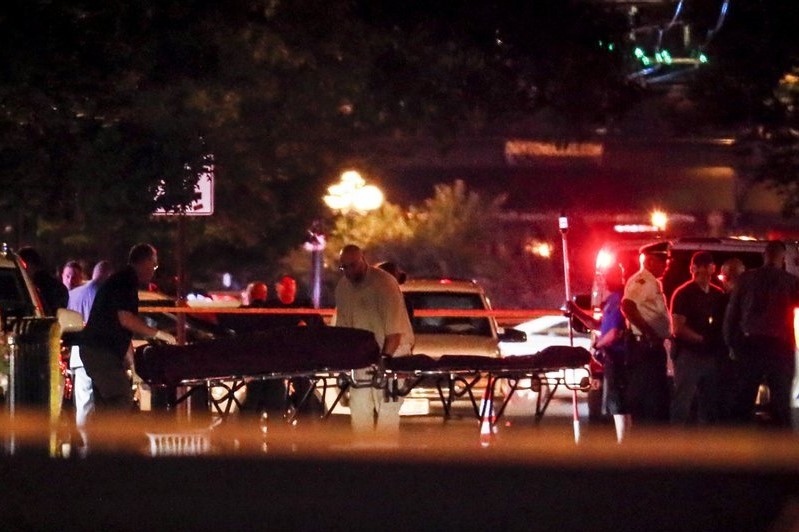 DAYTON, Ohio (AP) — The Latest on a deadly mass shooting in Dayton, Ohio (all times local):

Police in Ohio say nine people have been killed in the second mass shooting in the U.S. in less than 24 hours.

Dayton police announced that the suspect in the early Sunday morning shooting is also deceased. At least 16 others have been taken to local hospitals with injuries.

Police say the active shooter situation began at 1:22 a.m. in the Oregon District, but that officers nearby were able to "put an end to it quickly." The Oregon District is a historic neighborhood known for its entertainment offerings.

Further information, including the suspected shooter's identity, has not been released.

The FBI is assisting with the investigation.

Sunday's shooting came hours after 20 people were killed and more than two dozen injured in an El Paso, Texas, shooting.

Police in Ohio say they're investigating a shooting in a historic neighborhood in Dayton known for its entertainment offerings.

The tweets from Dayton police early Sunday did not include further details, but described the Oregon District shooting as "a large scene and investigation." Miami Valley Hospital spokeswoman Terrea Little said 16 victims have been received at the hospital, but she couldn't confirm their conditions.

Police told The Associated Press that they did not have representatives available to speak to the media.

Video from the scene near downtown Dayton showed a host of emergency vehicles on a street that had been cordoned off.

Kettering Health Network spokeswoman Elizabeth Long said multiple victims from a shooting had been brought to system hospitals, but didn't have details on how many.