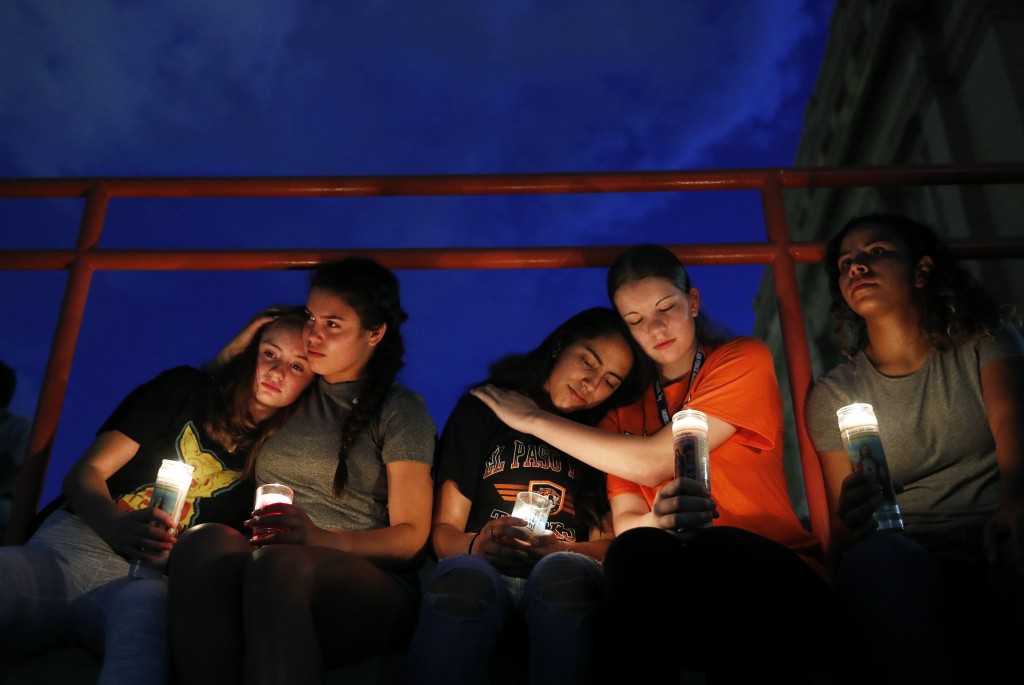 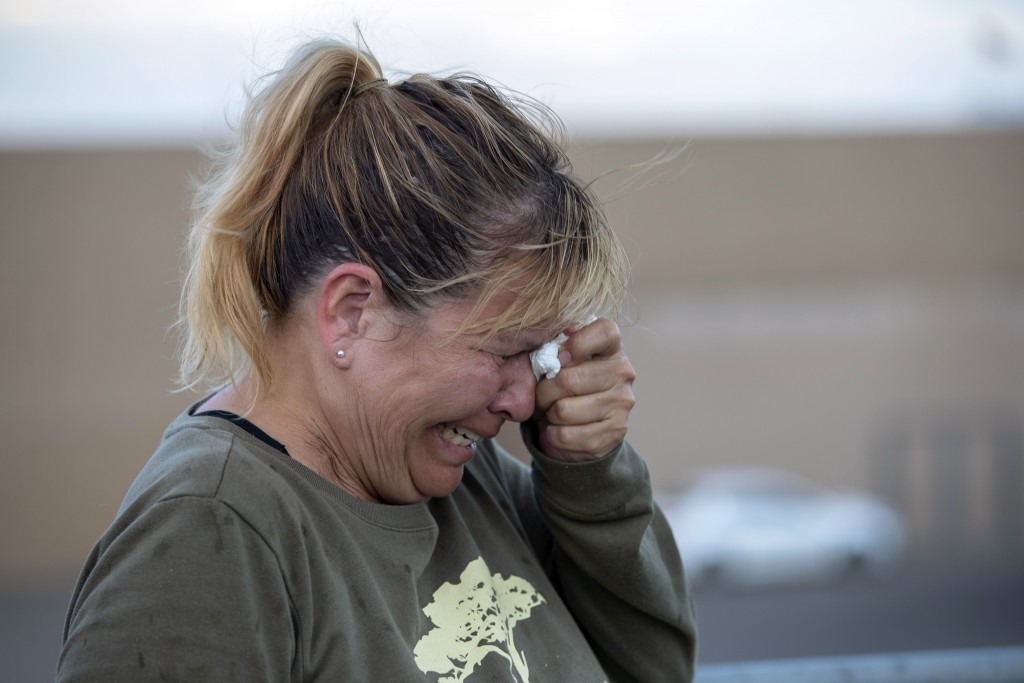 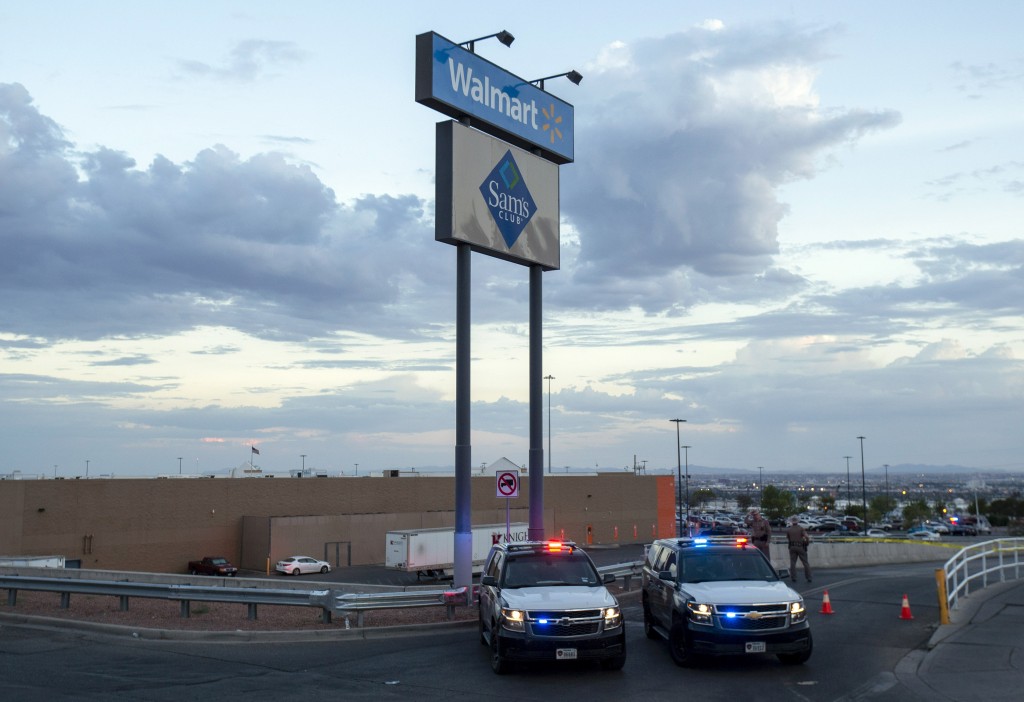 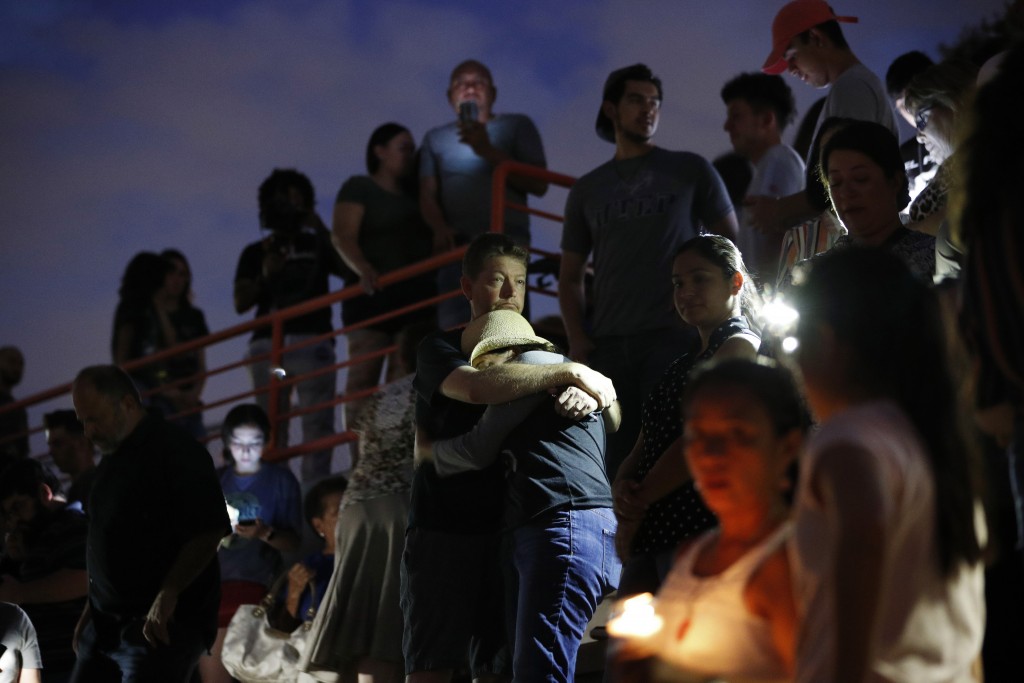 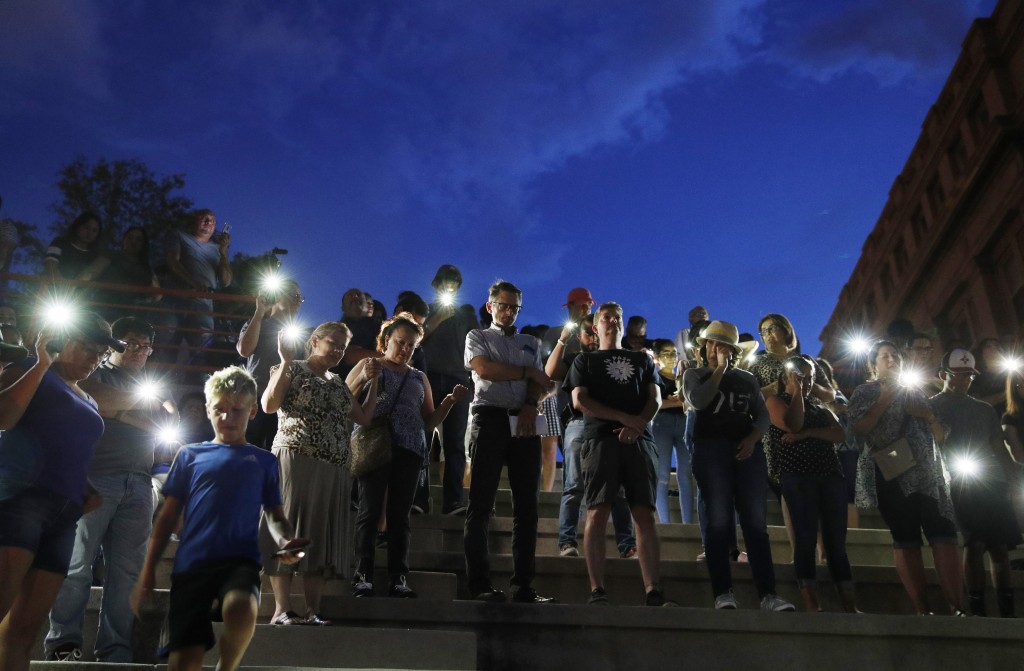 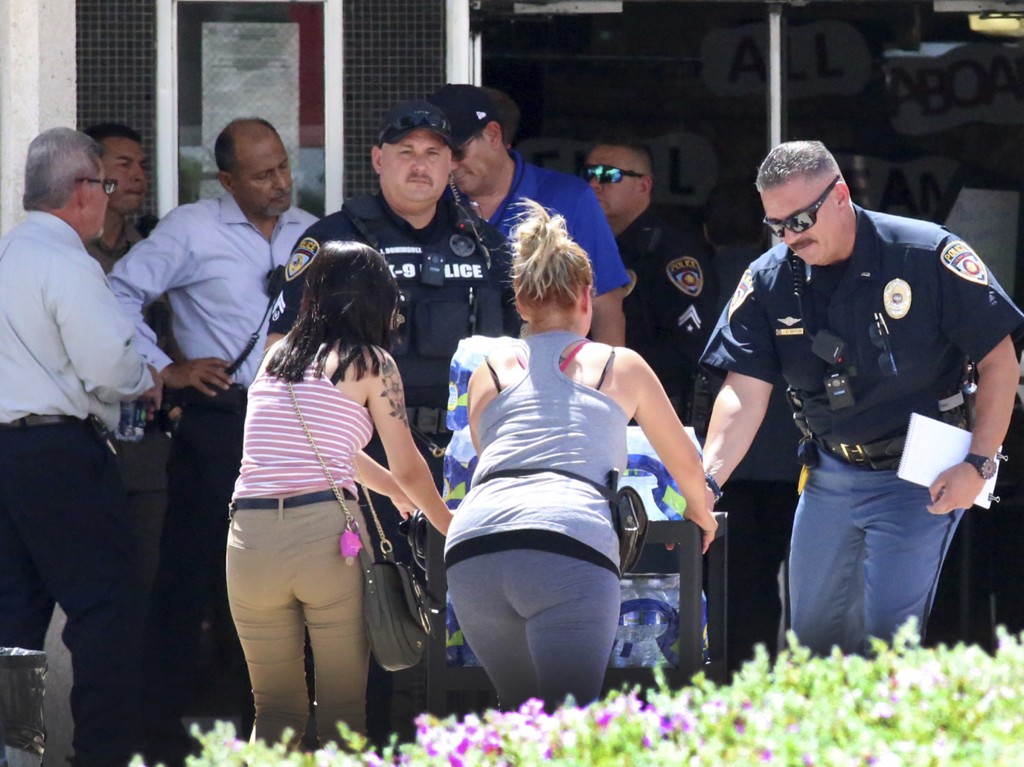 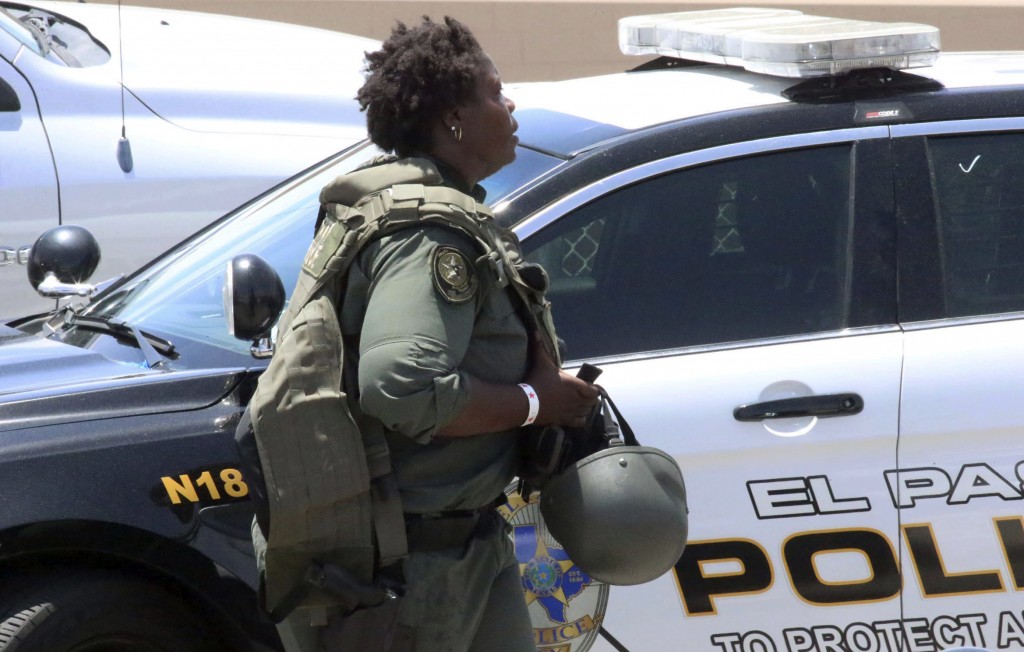 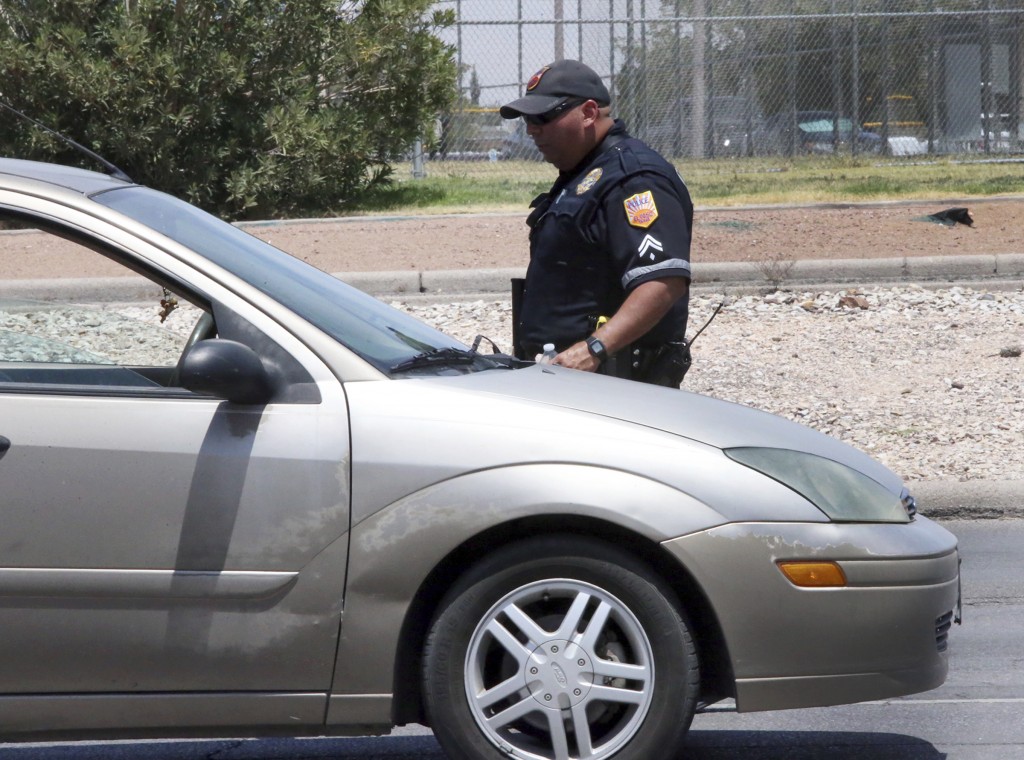 EL PASO, Texas (AP) — A gunman armed with a rifle opened fire in an El Paso shopping area packed with as many as 3,000 people during the busy back-to-school season, leaving 20 dead and more than two dozen injured, police said.

Authorities are investigating the possibility the Saturday shooting was a hate crime, working to confirm whether a racist, anti-immigrant screed posted online shortly beforehand was written by the man arrested in the attack on the 680,000-resident border city.

Despite initial reports of possible multiple gunmen, the man in custody is believed to be the only shooter, police said. Two law enforcement officials who spoke to The Associated Press on condition of anonymity identified him as 21-year-old Patrick Crusius. Authorities didn't release his name at a news conference but said the gunman was arrested without police firing any shots and is from Allen, which is a nearly 10-hour drive from El Paso.

Many of the victims were shot at a Walmart, according to police, who provided updates about the shooting in English and Spanish in the largely Latino city. The shopping area is about 5 miles (8 kilometers) from the main border checkpoint with Ciudad Juárez, Mexico.

"The scene was a horrific one," said El Paso Police Chief Greg Allen, adding that many of the 26 people who were hurt had life-threatening injuries.

The shooting came less than a week after a 19-year-old gunman killed three people and injured 13 others at the popular Gilroy Garlic Festival in California before dying of a self-inflicted gunshot wound.

Adriana Quezada said she was in the women's clothing section of the Walmart in El Paso with her two children when she heard gunfire.

"But I thought they were hits, like roof construction," Quezada, 39, said of the shots.

Her 19-year-old daughter and 16-year-old son threw themselves to the ground, then ran out of the store through an emergency exit. They were not hurt, Quezada said.

Relatives said a 25-year-old woman who was shot while apparently trying to shield her 2-month-old son was among those killed, while Mexican officials said three Mexican nationals were among the dead and six more were wounded.

Ryan Mielke, a spokesman for University Medical Center of El Paso, said 13 of the injured were brought to the hospital with injuries, including one who died. Two of the injured were children who were transferred to El Paso Children's Hospital, he said.

Residents quickly volunteered to give blood to the injured. President Donald Trump tweeted: "God be with you all!"

Democratic presidential candidate and former Texas congressman Beto O'Rourke, who is from El Paso and was at a candidate forum Saturday in Las Vegas, appeared shaken after receiving news of the shooting in his hometown.

He said he heard early reports that the shooter might have had a military-style weapon, saying we need to "keep that (expletive) on the battlefield. Do not bring it into our communities."

El Paso Mayor Dee Margo said police were investigating whether a document posted online shortly before the shooting was written by Crusius. In it, the writer expresses concern that an influx of Hispanics into the United States will replace aging white voters, potentially turning Texas blue in upcoming elections and swinging the White House to the Democrats.

The writer also is critical of Republicans for what he described as close ties to corporations and degradation of the environment. Though a Twitter account that appears to belong to Crusius included pro-Trump posts praising the plan to build more border wall, the writer of the online document says his views on race predated Trump's campaign and that any attempt to blame the president for his actions was "fake news."

Though the writer denied he was a white supremacist, the document says "race mixing" is destroying the nation and recommends dividing the United States into territorial enclaves determined by race. The first sentence of the four-page document expresses support for the man accused of killing 51 people at two New Zealand mosques in March after posting his own screed with a conspiracy theory about nonwhite migrants replacing whites.

Margo said he knew the El Paso shooter was not from the city.

"It's not what we're about," the mayor said at the news conference with Gov. Greg Abbott and the police chief.

In the hours after the shooting, authorities blocked streets near a home in Allen associated with the suspect. Officers appeared to speak briefly with a woman who answered the door of the gray stone house and later entered the residence.

El Paso County is more than 80% Latino, according to the latest census data, and the city, where the mayor said tens of thousands of Mexicans legally cross the border each day to work and shop, has become a focal point of the immigration debate. Trump visited in February to argue that walling off the southern border would make the U.S. safer, while city residents and O'Rourke led thousands on a protest march past the barrier of barbed wire-topped fencing and towering metal slats.

O'Rourke stressed that border walls haven't made his hometown safer. The city's murder rate was less than half the national average in 2005, the year before the start of its border fence. Before the wall project started, El Paso had been rated one of the three safest major U.S. cities going back to 1997.

Heidi Beirich, director of the Southern Poverty Law Center's Intelligence Project, said the El Paso shooting suspect wasn't on her group's radar before the shooting. "We had nothing in our files on him," Beirich wrote in an email.

The AP/USATODAY/Northeastern University mass murder database tracks all U.S. homicides since 2006 involving four or more people killed, not including the offender, over a short period of time regardless of weapon, location, victim-offender relationship or motive. The database shows that the median age of a public mass shooter is 28, significantly lower than the median age of a person who commits a mass shooting of his family.

Since 2006, 11 mass shootings — not including Saturday's — have been committed by men who are 21 or younger.