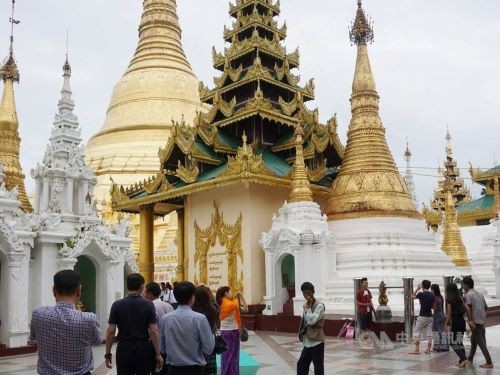 Taiwan has issued its highest-level travel advisory in its three-tier system for four Southeast and South Asian countries after a record high number of imported chikungunya fever cases from those countries were reported in Taiwan.

The Centers for Disease Control (CDC) said Sunday it has issued the Level 1 travel advisory for chikungunya infection for the first time, warning against all non-essential travel to Myanmar, Maldives, Thailand and India -- countries where the virus was imported into Taiwan since July.

A Level 1 travel warning advises that precautions should be taken when visiting the countries listed, including obtaining the relevant vaccines and ensuring protection against mosquito bites.

Taiwan reported in July the first indigenous case of chikungunya fever in the country's history and samples of the chikungunya virus were found to contain sequences of the gene identical to those of the virus strain from Myanmar this year, according to the CDC.

As of Sunday, Taiwan had confirmed 24 imported chikungunya cases so far this year, a record high over the same period since 2007, when the disease was listed as a notifiable infectious disease in the country, according to statistics compiled by the CDC.

The 24 imported cases include 12 from Myanmar, four from the Maldives, three from Thailand, two from Indonesia, one from Malaysia, one from the Philippines and one from India, according to the CDC.

The CDC pointed out that both chikungunya fever and dengue fever are transmitted by the bites of infected Aedes aegypti and Aedes albopictus mosquitoes. The symptoms of chikungunya are similar to those of dengue fever, including sudden onset of fever, joint pain, headache, nausea, fatigue and muscle ache.

The type of chikungunya fever virus from Myanmar this year matches that of the locally acquired disease, according to CDC Deputy Director-General Chuang Jen-hsiang (莊人祥), who added that the record high number of imported chikungunya cases this year can be attributed to frequent people-to-people exchanges between Taiwan and Southeast and South Asian countries during the summer break.

Taiwan cannot afford to ignore the chikungunya outbreak in Myanmar because 50 percent of the imported cases came from that country, according to Chuang.
Travelers are advised to use government-approved insect repellents, wear light-colored, long-sleeved clothing, and choose accommodation that has screens on doors and windows.