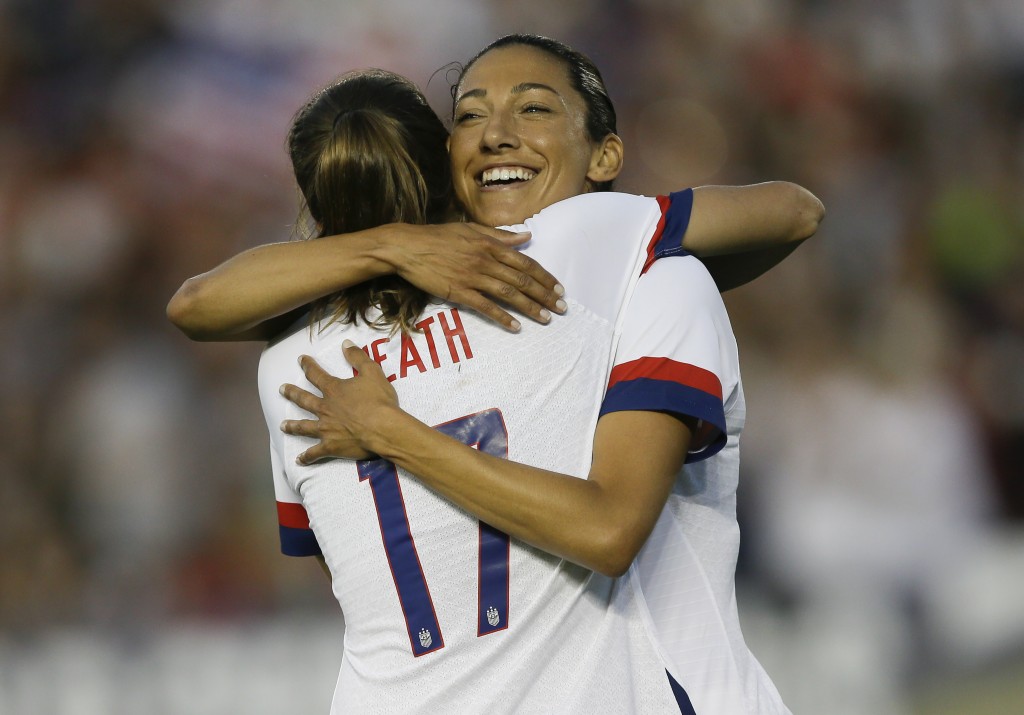 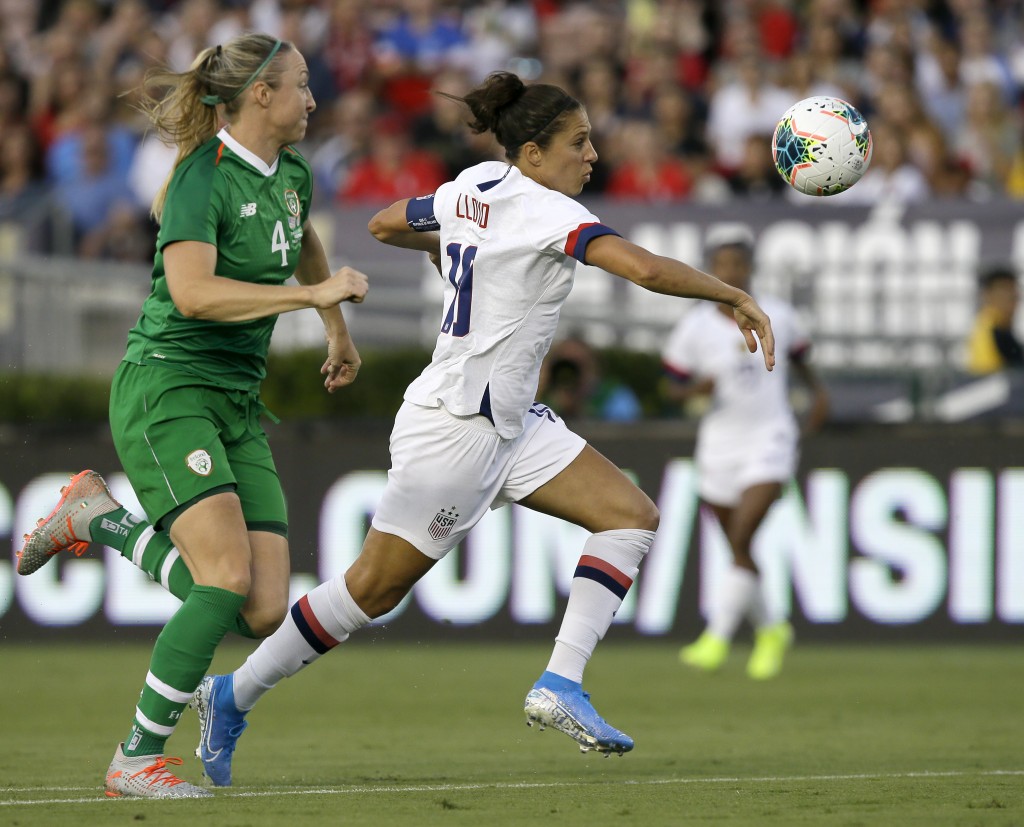 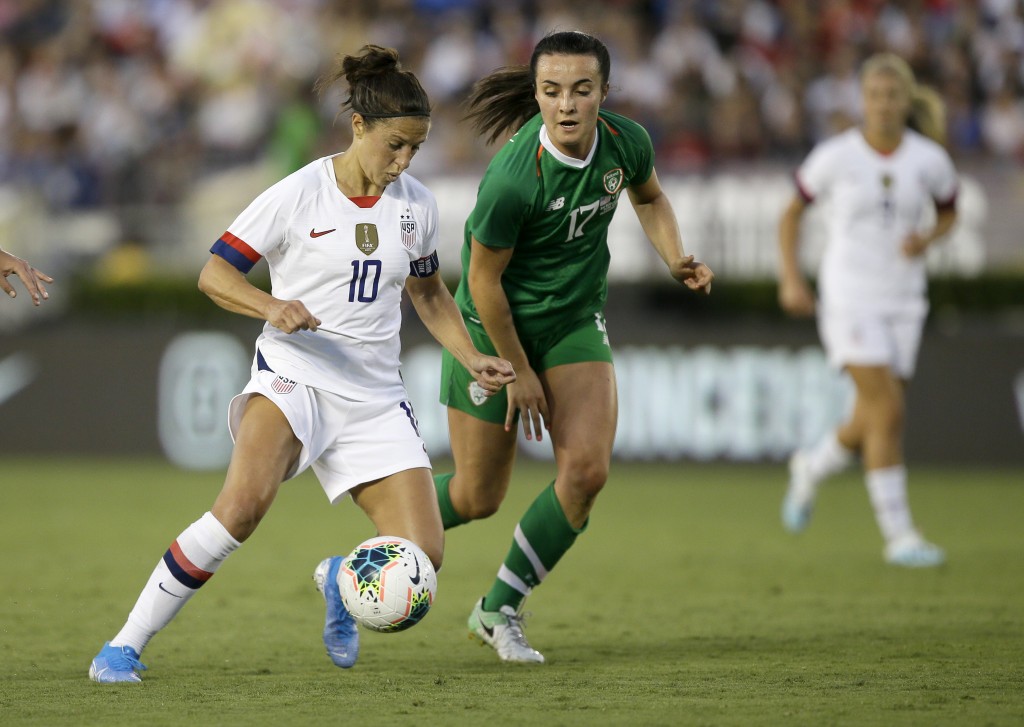 Tobin Heath, Lindsey Horan and Carli Lloyd scored first-half goals on a celebratory evening at the Rose Bowl to kick off a five-city tour bringing the champions to their eager stateside fans. They'll also stop in Philadelphia, St. Paul and Charlotte before finishing in Chicago on Oct. 3 to conclude Ellis' 5 1/2 years in charge.

Ellis announced her decision Tuesday to walk away as the first two-time women's World Cup champion coach, and this win improved her record to 103-7-18 in the U.S.' top job since 2014. The Americans' new boss will have a compressed time frame to prepare the team for the Tokyo Olympic tournament, which will be in the semifinals at this time next year.

But nearly four weeks after their World Cup-clinching victory over the Netherlands, the Americans showed off the ample two-way talent with which their new coach can work.

With an enthusiastic crowd of 37,040 cheering their every move, they had little trouble with Ireland, FIFA's 33rd-ranked side.

Late in the scoreless second half, that crowd started a loud chant of "Equal pay! Equal pay!" Players on the women's team sued the U.S. Soccer Federation in March, alleging gender discrimination in areas including financial compensation.

Megan Rapinoe and Alex Morgan missed the game while healing from minor injuries, and Mallory Pugh was scratched during warmups with a minor muscle issue. Rapinoe, the Golden Ball winner in France, and Morgan got wild cheers whenever they were shown on the scoreboard sitting on the U.S. bench.

U.S. Soccer picked an appropriate venue for the start of this tour: The Rose Bowl is the site of the team's landmark 1999 World Cup triumph, and a statue of Brandi Chastain celebrating her championship-winning penalty sits in a park near the venerable arena's front entrance.

Heath, a last-minute addition to the starting lineup, opened the scoring with a header in the 16th minute.

Horan added a tap-in goal and Lloyd connected on another header shortly before halftime.

The Irish dropped to 0-13-0 against the U.S., but the experience could help their play in UEFA Women's Euros qualification, which begins against Montenegro next month.