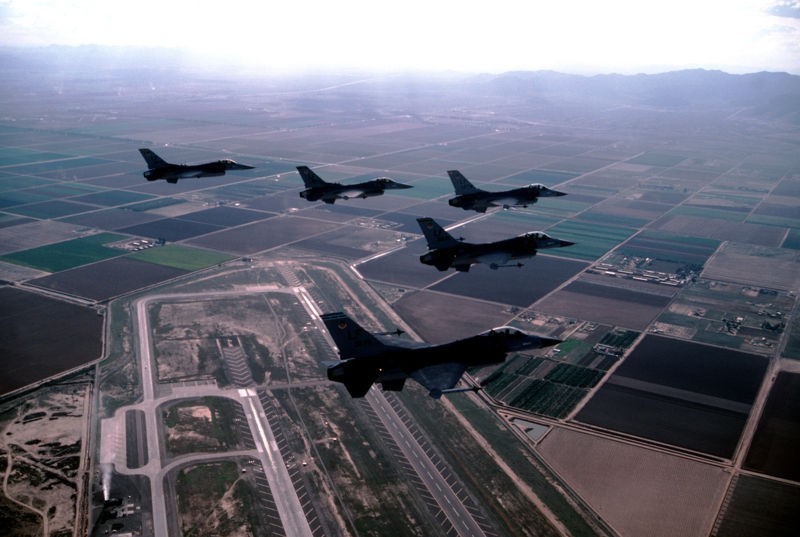 The Taiwan Air Force, which regularly sends Taiwanese F-16 pilots to train at Luke Air Force Base are now waiting to learn where the joint training program will be relocated. The Liberty Times reports that Taiwan’s Ministry of National Defense (MND) has issued a request that the joint F-16 training program be relocated to an air force base on the U.S. Pacific coast.

The MND is hoping to negotiate with the Pentagon to provide a training venue that will allow Taiwanese pilots to train directly with a U.S. Navy aircraft carrier group, which would better simulate the geographic and strategic environment which Taiwan would face in a confrontation with the Chinese PLA fleet in the Taiwan Strait.

The MND has also expressed its hope that carrier-based F-18 aircraft might also be incorporated into the joint training program at the future location. If the U.S. declines the ministry's request to provide a training environment near the ocean in cooperation with U.S. naval forces, the MND’s alternative choice would be a location where Taiwanese pilots could train in various simulations involving electronic warfare technologies, reports the Liberty Times.