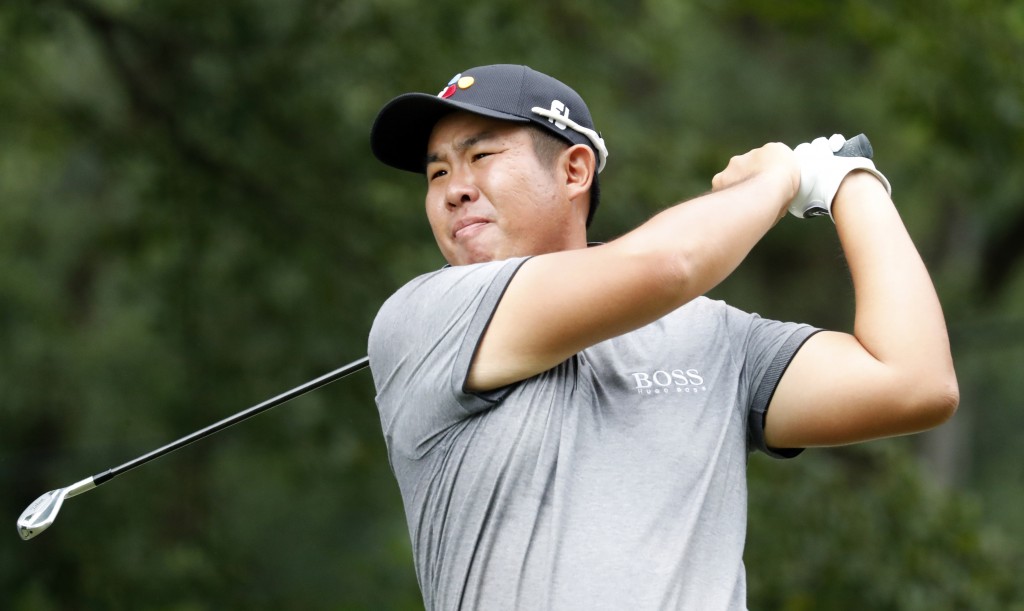 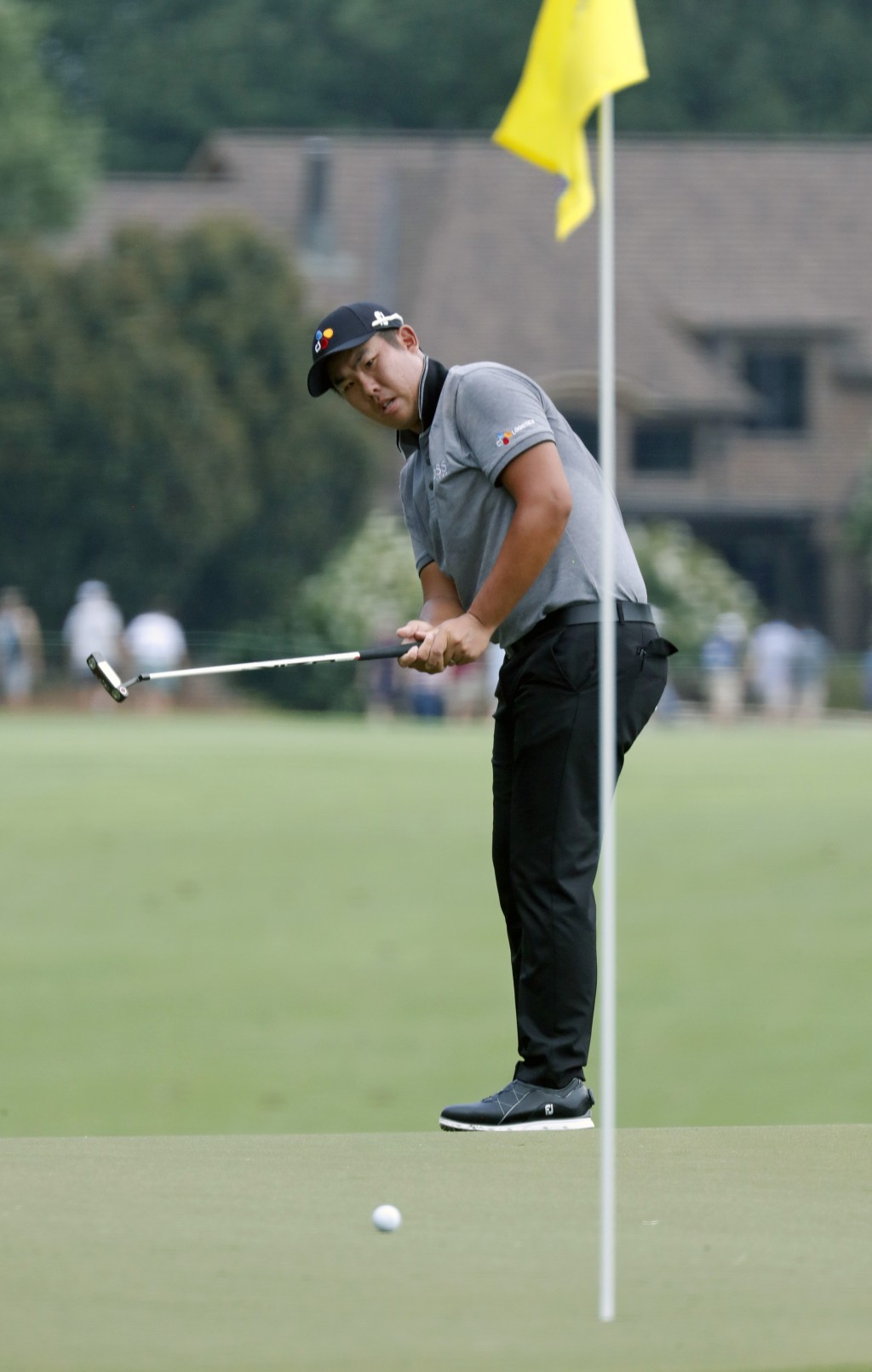 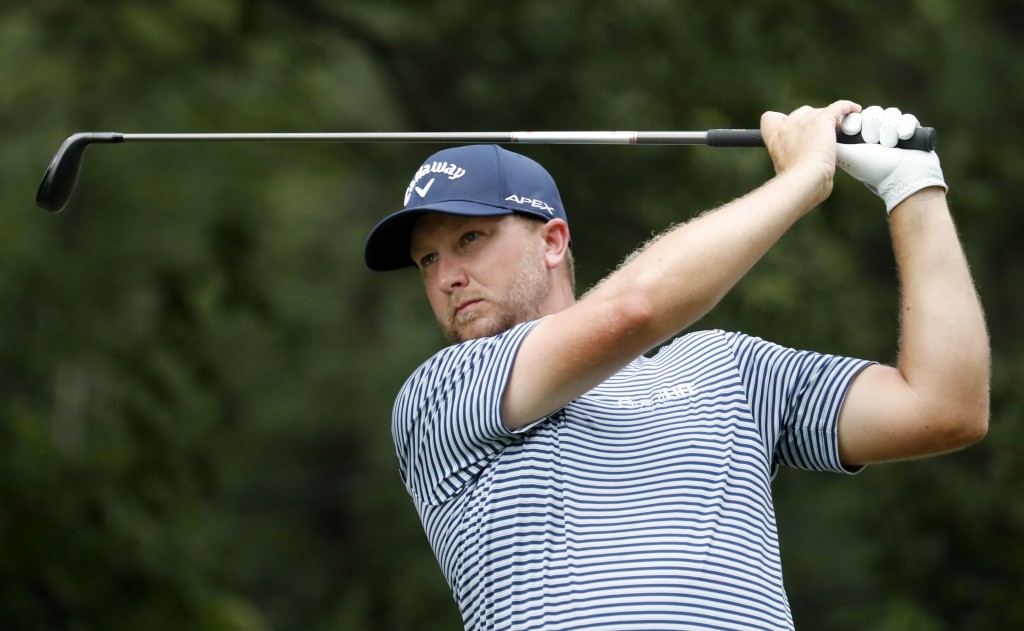 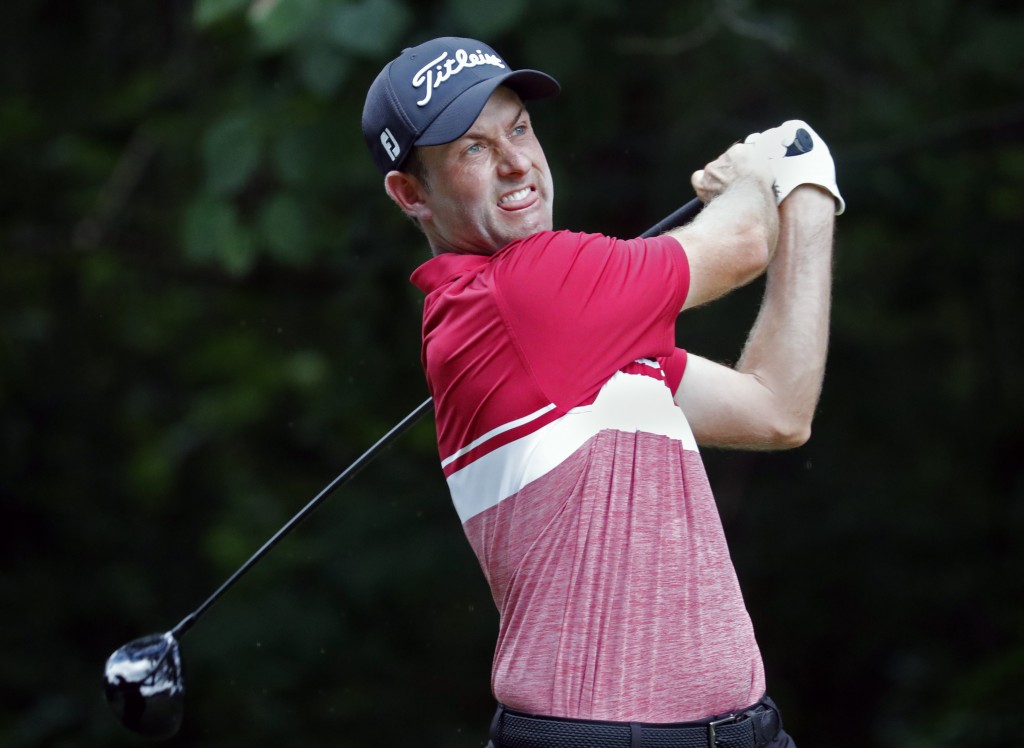 GREENSBORO, N.C. (AP) — Byeong Hun An shot a 4-under 66 on Saturday for a one-stroke lead after three rounds at the Wyndham Championship.

An was at 17-under 193 entering the final round of the PGA Tour's final event before the playoffs.

Former Wyndham winner Webb Simpson and Brice Garnett were tied for second, with Simpson shooting a 65 and Garnett a 66. Ryan Armour was 15 under following a 65.

An has held or shared the lead after each of the first three rounds, and has yet to play a hole worse than par. The 27-year-old South Korean with three international victories has put himself in position to claim his first win on tour.

Overall, it was yet another low-scoring day at Sedgefield Country Club. For a while midway through An's round, six players were tied for the lead at 13 under.

An started to get some separation from the crowd with three birdies in the four-hole span from Nos. 5-8, moving to 16 under.

Then came his best shot of the day, a 50-foot birdie putt on the par-4 14th. He then closed with four straight pars.

Simpson — a native North Carolinian who named his daughter Wyndham after his first career victory came here in 2011 — strung together three birdies around a bogey midway through his back nine to move to 16 under. If nothing else, he's in good position to claim his fifth top-10 finish in six years at this tournament.

Garnett made the turn at 15 under following back-to-back birdies, then rolled in a 30-foot birdie putt on the 17th to pull even with Simpson and saved par on the 18th after rolling his third shot from a greenside bunker to within 3 feet from the flagstick.

Armour climbed into contention with six birdies in a 10-hole stretch midway through his round that put him two strokes back.

And Viktor Hovland finished his season-best round with a birdie on the 18th after landing his 150-yard approach shot some 3 feet from the flagstick. He was tied for fifth with J.T. Poston and Paul Casey at 14 under.

After winning the U.S. Amateur last year, Hovland turned pro two months ago after tying for 12th at the U.S. Open.

"I just try to tell myself that I don't have anything to lose," Hovland said. "I'll be on the Korn Ferry Tour no matter what happens kind of unless I play really well tomorrow, and to be in the spot where I am right now after college, that's a pretty good spot to be in."

It wasn't a low-scoring day for everyone, though: Jordan Spieth had three double-bogeys and a bogey during a birdie-free 77 that left him at 2 under for the tournament. It came two days after he flirted with a career-best round, putting just 23 times during his first-round 64.

"I putted my (butt) off for two days to be able to be where I was at, and you can't exactly fix your ball striking in a day," Spieth said. "It's just too much to try and force it. So this extra day could serve me really well through the playoffs."