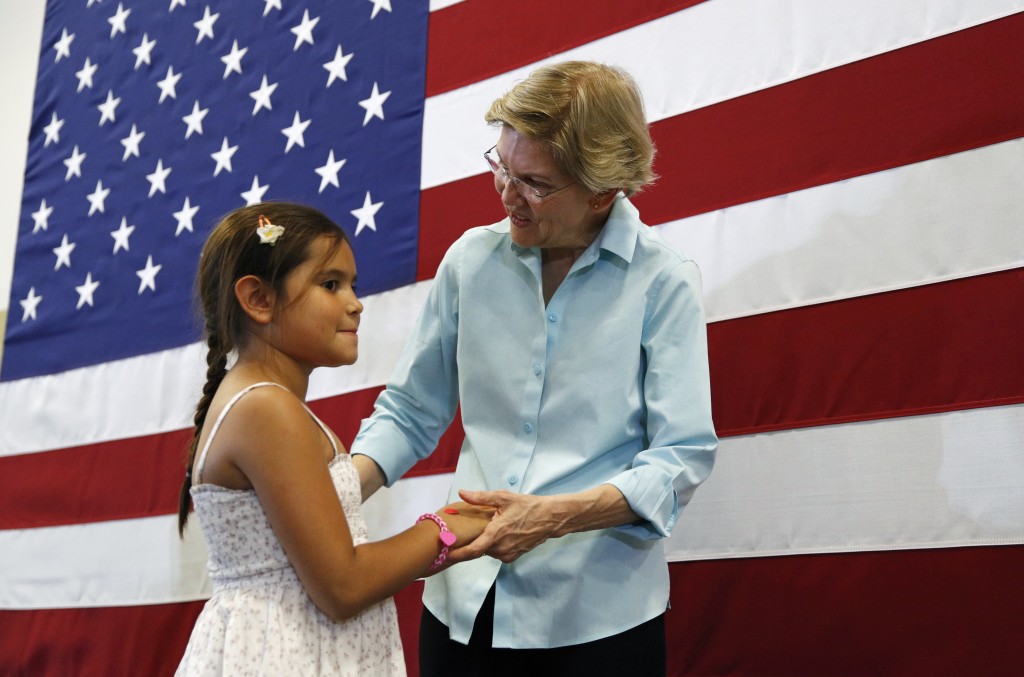 LAS VEGAS (AP) — Nineteen Democrats hoping to be the next president are in Nevada Saturday to win support from labor unions that hold sway in the state that will cast the first votes in the West in next year's primary.

Candidates including former Vice President Joe Biden and Sens. Bernie Sanders, Elizabeth Warren and Kamala Harris will speak Saturday at a labor forum hosted by the American Federation of State, County and Municipal Employees, a public employees union that has 1.6 million members nationally.

The event is a moment for the candidates to prove their pro-union credentials as they jockey for support from a powerful source of cash and manpower. Some Nevada Democrats hope to zero in on kitchen-table issues that matter in a state hit hard by the Great Recession.

"The big thing that strikes me about Las Vegas is that it really reflects the future," South Bend, Ind., Mayor Pete Buttigieg said while campaigning Friday night at a downtown Las Vegas art walk. "Demographically, it is what the country will look like in a few decades, and economically, I think it shows a lot of the opportunity but also a lot of the vulnerability that is going to be true for more and more of us as Americans."

The Democrats in the crowded field have presented a broad array of policies to help working Americans, including easing student debt and raising wages. They've tussled, though, over health care reform, an issue that is very important to many union members. While Sanders and Warren have pushed for a complete elimination of private and employer-sponsored health plans, Biden and others argue workers have bargained hard for benefit plans they'll want to keep.

While candidates won't get to make lengthy speeches at the union forum, many are packing in events around the Las Vegas area over the weekend in a nod to Nevada's status as the third state where Democrats will vote in the primary, just after Iowa and New Hampshire and before South Carolina. Warren, speaking at a town hall Friday night in a high school gymnasium, said she's expanding her footprint in Nevada and will soon have six campaign offices, more than any other candidate.

Buttigieg told the youthful crowd at the art walk that as Nevadans, they "have extra influence in this presidential process."

His campaign just announced his first Nevada hires, and he told reporters he's been slow to build up his team in the state because he's been working to boost his national name recognition and resources. He says he will be expanding his Nevada operation swiftly.

Despite Democrats largely sweeping the state in 2018, it remains a battleground where President Donald Trump sees a chance of winning next year. He lost the state in 2016 to Democrat Hillary Clinton by 2 percentage points.

More than a decade after the Great Recession, which hit Nevada particularly hard, economic anxieties remain strong among the state's voters, who often cite them among the top concerns they want the next president to address.

Aside from its robust labor unions, the Western state is home to a diverse immigrant community and a population that's 29% Latino.