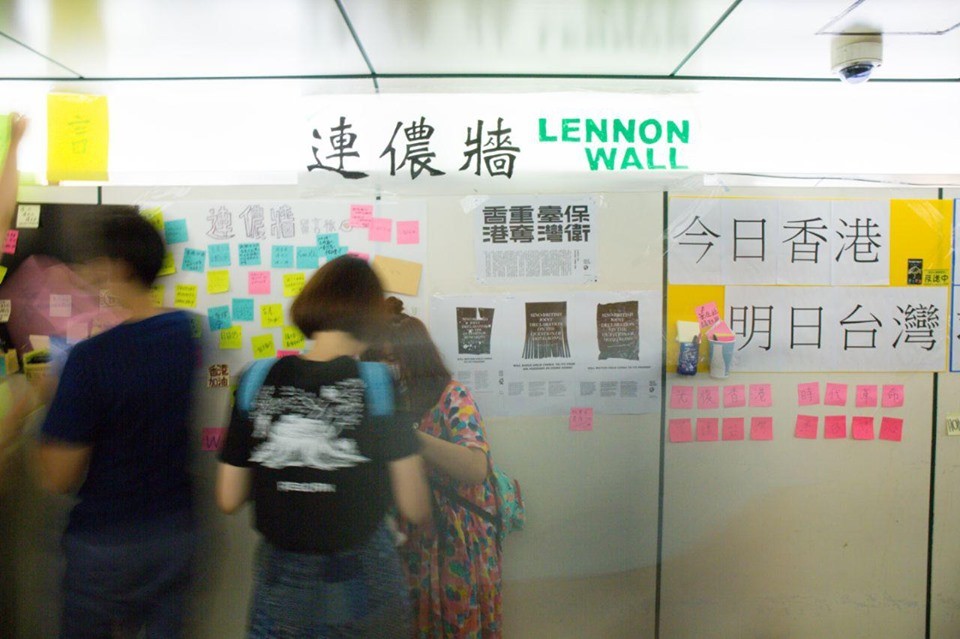 TAIPEI (Taiwan News) — A space where people can stick post-it notes and posters expressing their solidarity with Hong Kong’s anti-extradition law protesters opened in Taipei on Friday (August 2) and will last through August 21, owing to an initiative supported by 10 city councilors.

Hong Konger students in Taipei tried to set up a Lennon Wall at the same location — a pedestrian underpass near National Taiwan University — last week, encouraging passersby to show their support for the protests in Hong Kong against legislation that would allow extradition to China. However, the effort spanned only two hours before city government officials had all the messages removed, as the students had not acquired permission from the municipal authorities to use the public space.

In view of this,10 bipartisan city councilors applied to the city government for authorization to use the underpass from August 2 to 21. Chiu Wei-chieh (邱威傑), who started the initiative, said the underpass will be a space for citizens to express their opinions freely.

The Lennon Wall will be managed by the Hong Kong Outlanders, a Hong Kong student group in Taiwan. Chiu said he and nine other city councilors would sponsor the use of the space at the request of the city government.

“We will take responsibility for the space and those who take part in events held in this space,” Chiu said, adding that if anyone is menaced or threatened by other groups there, they should report it to the police or one of the city councilors sponsoring the initiative.

Chiu was referring to an incident that occurred last Saturday (July 27) at Ximending, a popular Taipei tourist destination. A member of the Hong Kong Outlanders said some students were harassed by members of the Concentric Patriotism Alliance political party when they tried to set up a Lennon Wall there. The pro-Beijing group left after police intervened, but the students were also asked to leave.

▶︎ The location of the underpass (Screen capture from Google Map)