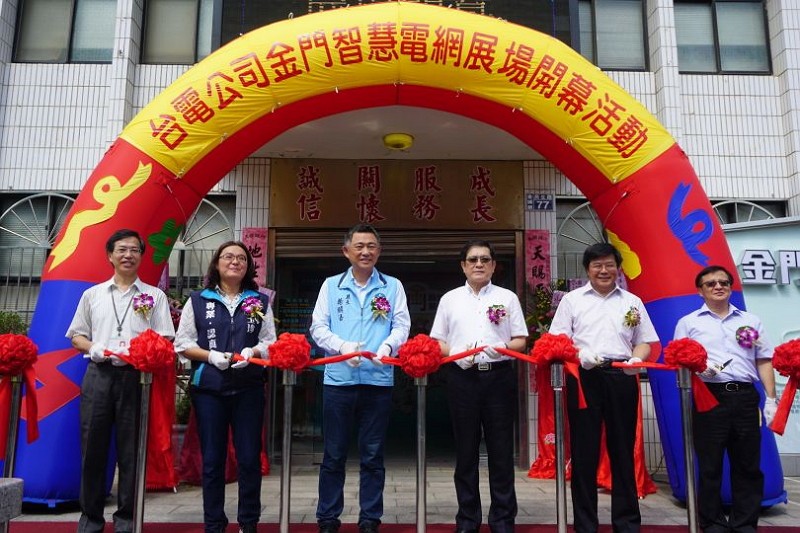 An exhibition on smart grid technology kicked off July 30 in outlying Kinmen County, underscoring the government’s commitment to transforming Taiwan into a low-carbon nation.

According to organizer state-run Taiwan Power Co., the permanent display at the company’s Kinmen office is intended to deepen public understanding of smart grid plans for the county. It features animated videos, augmented reality games and models on such topics as electricity distribution, home energy management and power storage.

At the opening ceremony, Taipower Chairman Yang Wei-fuu said that smart grids are being adopted worldwide to bolster electricity supply stability while making it easier to restore power after outages. Kinmen is the first place the company will implement the concept in Taiwan due to the county’s suitability for solar and wind power generation, he added.

As part of the change, smart meters are expected to be installed in 33,000 households in Kinmen by the end of 2020, helping to reduce residents’ energy bills, Yang said.

Smart grids use technology to dynamically detect and adjust to variations in electricity usage. According to Taipower, Kinmen’s grid will integrate output from solar panels, wind turbines and diesel generators to increase efficiency.

Green energy is a key component in the government’s five-plus-two industrial innovation initiative, which also targets the high-growth sectors of biotech and pharmaceuticals, national defense, smart machinery and Internet of Things, as well as two core concepts: the circular economy and a new paradigm for agricultural development.