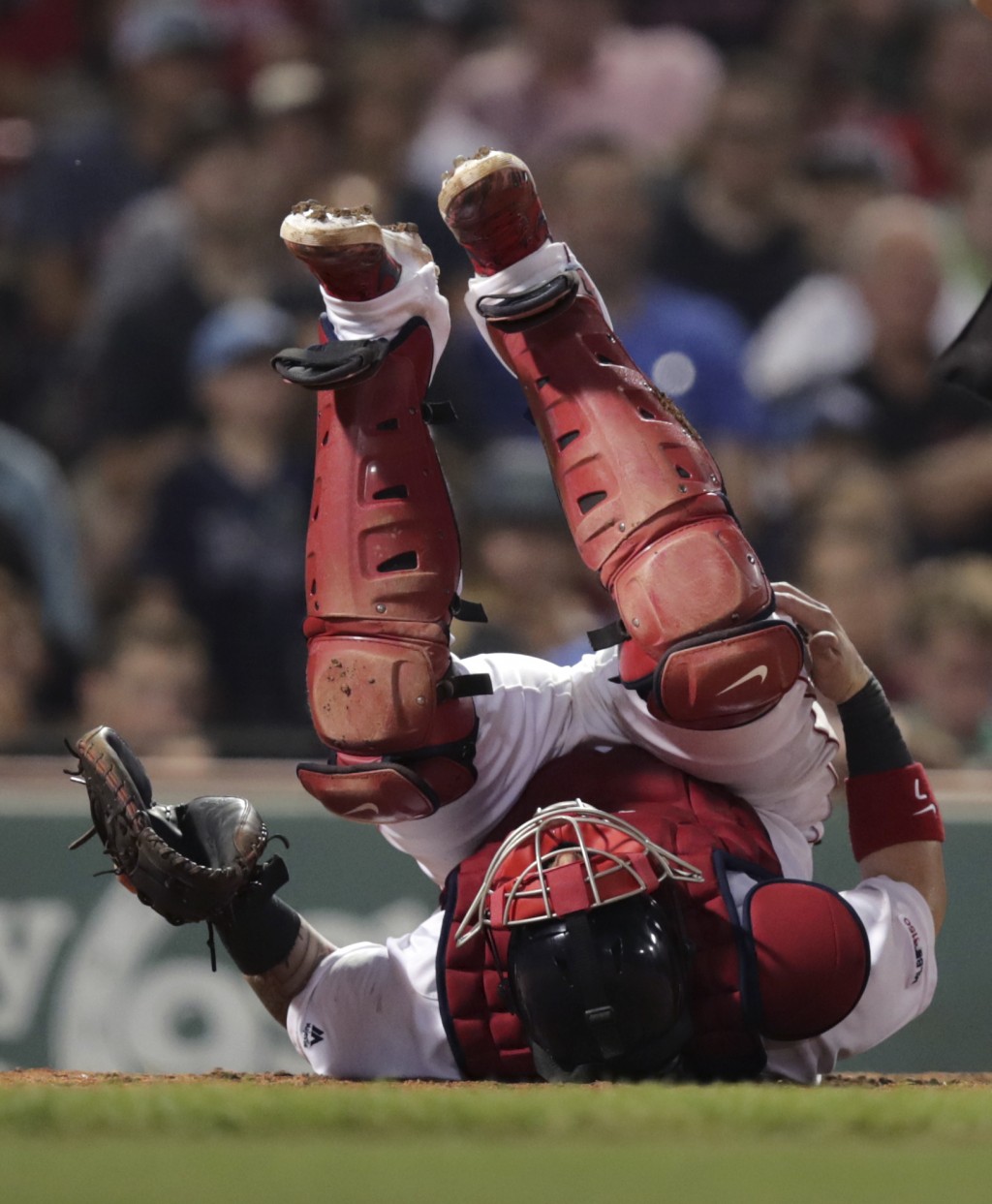 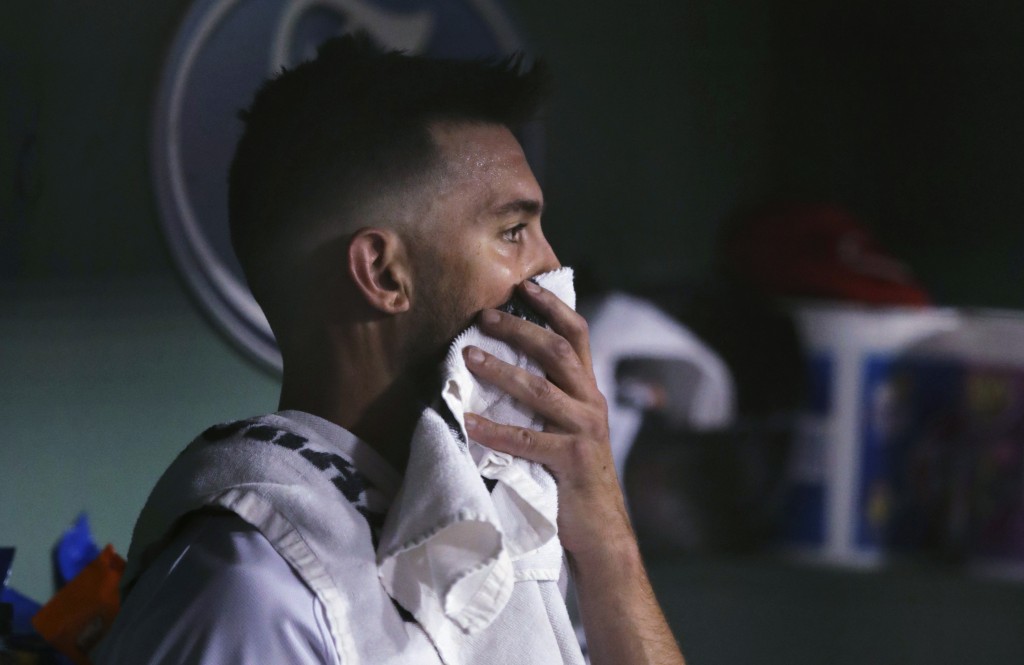 BOSTON (AP) — The defending World Series champion Boston Red Sox are setting their sights on an AL wild-card berth, and they're doing it with the players they already have.

Red Sox baseball boss Dave Dombrowski conceded on Wednesday that the ballclub doesn't have a "realistic" hope for a fourth straight AL East title, and said he was unwilling to part with a major asset just to push for a one-game wild-card playoff. Standing pat at the trade deadline was less an expression of faith in the current players than an acknowledgement that — with or without reinforcements — they would need to perform better for the team to have any chance to repeat, anyway.

"If we were closer to first place, I would have been more open-minded," Dombrowski said shortly after the 4 p.m. deadline passed without any moves and before the team's game against Tampa Bay. "Realistically, we're probably playing first for a wild-card spot. I look at that a little differently as far as what you're trying to do and the risks you're willing to take."

The Red Sox ended Wednesday night trailing the Yankees by 10 games in the division, and with the 8-5 loss to the Rays they fell 2 ½ games behind Tampa Bay and 2 games behind Oakland for the AL's final wild-card spot. But while the Rays made three trades on Wednesday, including one to acquire slugger Jesús Aguilar from Milwaukee, the Red Sox and Yankees stood pat.

Dombrowski said he had texts from 20 general managers on Wednesday alone, but none of the proposals was tempting enough to jump at. Manager Alex Cora said he understood Dombrowski's decision, and he wasn't disappointed.

"There are certain things that make sense or not. That's how it works," Cora said. "It's not one team saying, 'We want this guy.'"

The Red Sox have won three straight division titles for the first time in franchise history — including last year, when they won a record 108 games in the regular season and their fourth championship since 2004.

But with largely the same roster, they started off their title defense with a 6-13 record, and they were facing a double-digit deficit in the division as recently as last week. During their current stretch of 14 straight games against the Yankees and Rays, the two teams ahead of them in the division, they are 5-4.

"We know the team we have, whenever we're playing up to our capabilities, how good we are," shortstop Xander Bogaerts said. "We're one of the best teams in the league."

Chief among the disappointments this season have been starting pitchers Chris Sale, the ace who is 5-10 with a 4.26 ERA; Rick Porcello, who fell to 9-8 and has allowed six earned runs or more in four of his last six starts; and David Price, who has a 7-4 record but is 0-2 with an 8.16 ERA in his last three starts.

"The reality is, if we're going to make it, it's going to be the guys in the clubhouse," Dombrowski told reporters, pointing to the clubhouse behind him. "We could have added pieces, but we have a very talented club."

While the bullpen has struggled this year since the club decided not to re-sign closer Craig Kimbrel, Dombrowski said that could be solved by more consistent outings by the rotation. Last week, while the Red Sox were winning five of their first six games against the Yankees and Rays, the starters went 5 2/3 innings or more in seven straight starts.

And when the bullpen wasn't overtaxed, it was fine.

"If we play up to our capabilities with the guys in the rotation, we can, I think, beat anybody," Dombrowski said. "It's easy to say to switch people (around). Sometimes you need to fix the people you have."