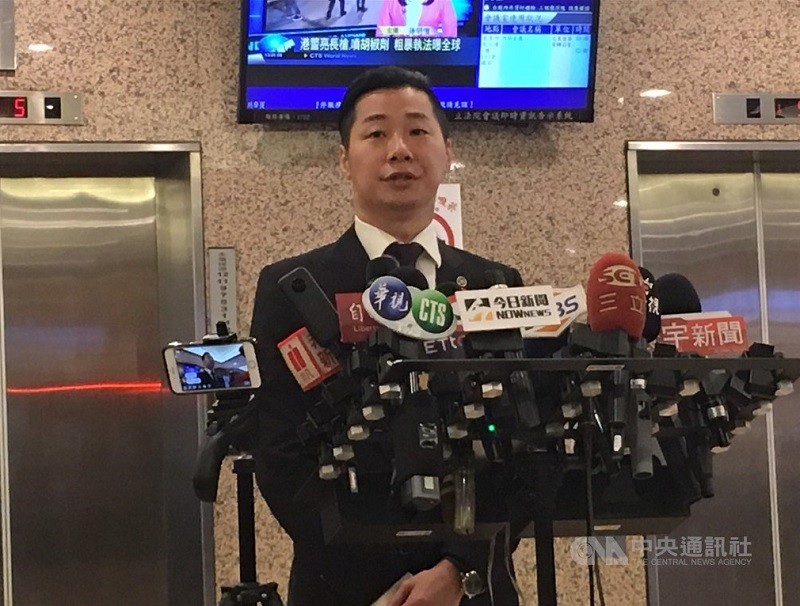 The NPP was formed by mainly student activists from the 2014 Sunflower Movement, but has been racked by recent internal differences, some of them focusing on support for Tsai and on the degree of cooperation with her Democratic Progressive Party (DPP).

Lim, 43, a member of the metal group Chthonic, had already been nominated by the NPP to run for re-election in his Taipei City Zhongzheng-Wanhua election district.
He made the announcement of his departure from the party following its policy committee meeting, the Central News Agency reported.

As the main reason for his quitting, he cited the NPP’s failure to adhere to a clear line. The party had been unable to decide whether it wanted to stay close to the DPP on issues like Taiwan Independence and Tsai’s re-election, or maintain a more separate profile as a small “third force” in Taiwan politics and eventually nominate a candidate of its own for the January 11, 2020 presidential election.

Former NPP Chairman and legislator Huang Kuo-chang (黃國昌) was a proponent of a separate line, while coming under fire from DPP sympathizers for his attacks against the Tsai Administration over the cigarette smuggling scandal.

Some NPP members openly called on the party to support Tsai’s re-election bid, while questioning the party’s nomination of candidates in some election districts where they would face DPP incumbents.

Sunflower student leader Lin Fei-fan (林飛帆) recently joined the DPP as its deputy secretary general, while on Wednesday (July 31), it became known that Taipei City Mayor Ko Wen-je (柯文哲) was planning to form a new party of his own, two factors which commentators also said would complicate Taiwan’s political scene.