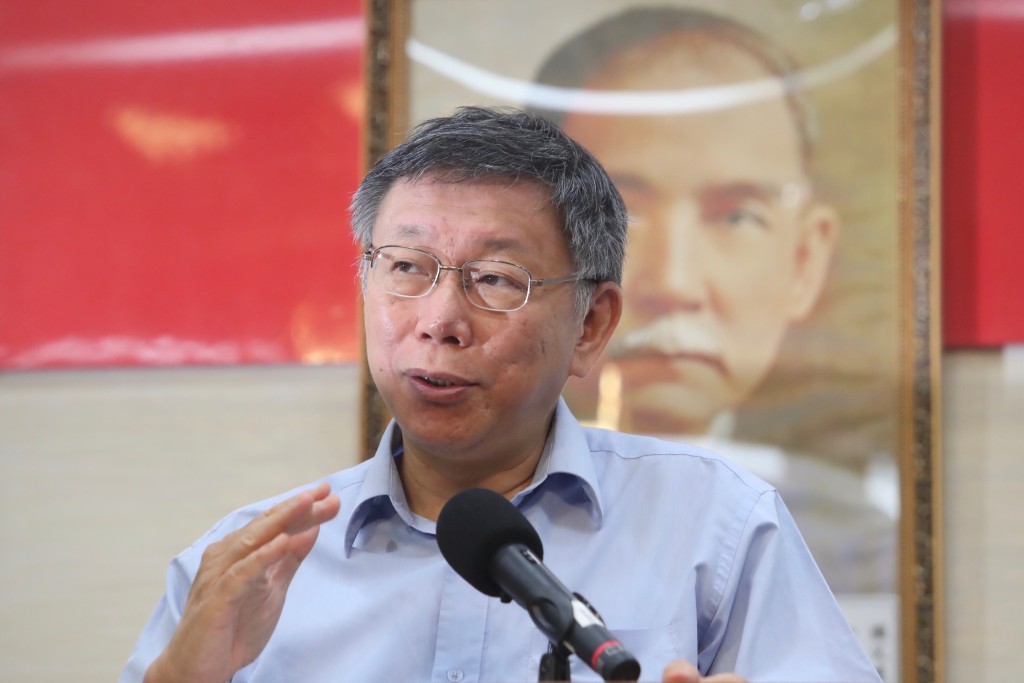 TAIPEI (Taiwan News) — Taipei Mayor Ko Wen-je (柯文哲) announced on Thursday (August 1) that he will form a new political party with the intention to seek legislative representation in the elections next January.

The mayor said at a press conference on Thursday morning that he will establish a political party called the “Taiwanese People’s Party,” a tribute to the late pro-democracy activist Chiang Wei-shui (蔣渭水). Chiang formed the first political party in Taiwan with the same name during the Japanese colonial period.

Having framed himself as an independent politician not affiliated with any political parties in Taiwan for the past five years, Ko is likely to lead the new party.

In the name of Taiwan and in the interest of its people, the party aims to “become an alternative” to the pan-green coalition led by the Democratic Progressive Party (DPP) and the pan-blue coalition dominated by the Kuomintang (KMT), Ko said.

With approximately five months to go before the presidential election, Ko refrained from declaring whether he would enter the race, saying on Thursday the decision would be made no later than early September. Presidential candidates whose parties do not obtain more than five percent of the vote in the previous election will have to be nominated by petition, and they are required to register with the Central Election Commission by September 17.

Whether Ko will collaborate with Foxconn founder Terry Gou (郭台銘), who was defeated by Kaohsiung Mayor Han Kuo-yu (韓國瑜) by a wide margin in the KMT’s primary, also remains a question. Rumors have been widespread that Ko could partner with the tech tycoon to challenge Han and DPP President Tsai Ing-wen (蔡英文), who is seeking reelection.

Ko said he has not met with Gou, who has been in Japan since the KMT primary ended, reportedly returning to Taipei on Thursday. He did not rule out the possibility of collaborating with other individuals or political parties despite firing attacks against the DPP government in the press conference.

“The DPP is a political party without core values,” said Ko. He criticized the ruling party for policies that are swayed by political calculation instead of professional and scientific consideration.

The Taipei mayor said his party’s core values will be centered on democracy, freedom, diversity, openness, rule of law, human rights, care for minorities, and the pursuit of sustainable development. “These are my Taiwanese values,” Ko emphasized, adding that those values will navigate the way for the party’s policies.

Despite concentrating on issues of concern to Taiwan’s people, Ko said his party’s cross-strait policy is likely to reflect his past experience in dealing with China. The mayor’s cross-strait policy has been widely contested in recent years, as he has repeatedly echoed Beijing’s propagandist claim that “the people from both sides of the Taiwan Strait belong to one family.”

Ko has also been criticized for taking a soft stance toward the Chinese authorities compared to Tsai. Beijing deems Tsai, who took office in 2016, to be pro-independence and has ramped up pressure on Taiwan by sending military ships and aircraft to circle Taiwan and poaching the island nation’s diplomatic allies, which now number just 17.

Tsai said at her own press conference later that day that positive competition between political parties is an important asset of democratic Taiwan. Nevertheless, the president called on all political parties on the island to express their determination to safeguard Taiwan’s sovereignty in the face of Chinese coercion.

The inaugural meeting of Ko’s Taiwanese People’s Party is scheduled for August 6. The date marks both the birthdays of Chiang Wei-shui and Ko himself. Even though Chiang’s descendants have, since last night, slammed Ko for not being able to hold up to Chiang’s ideals, Ko said that people would evaluate the party based on what it does in the future.

“I hope Taiwan will become better because of us,” Ko said. 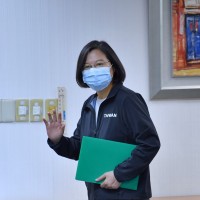 Taiwan's president emphasizes deeper cooperation with US regardless of who wins election
2020/11/04 17:36