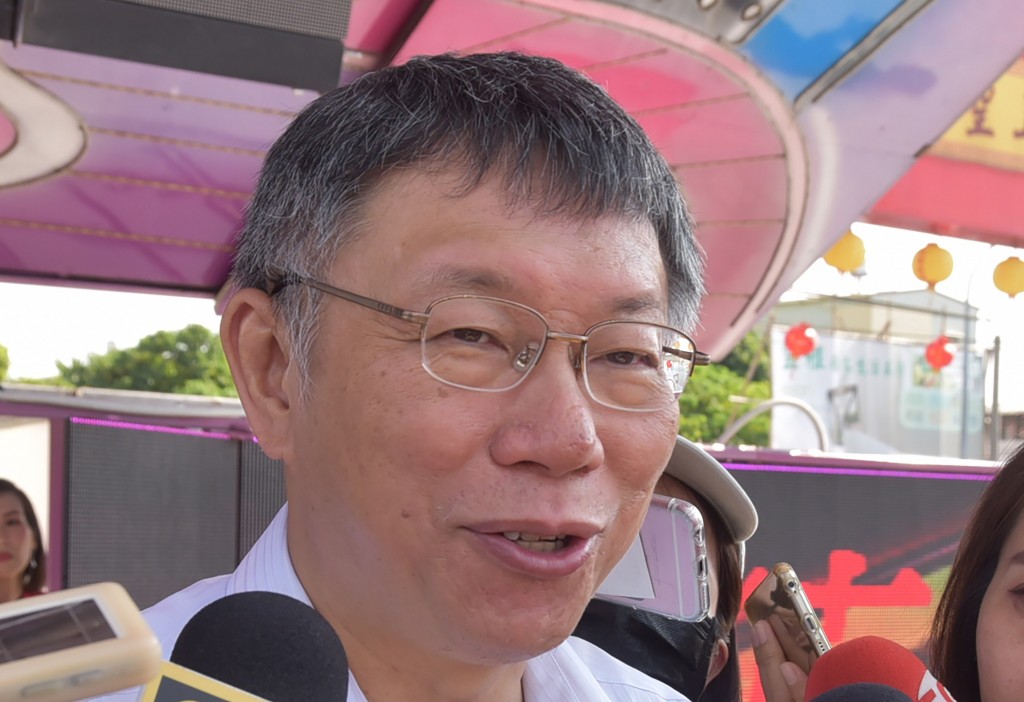 While no official English name for the party had yet been announced, the Chinese name for the group could be translated as “Taiwanese People’s Party” (台灣民眾黨), a title already used in the late 1920s by democracy activist Chiang Wei-shui (蔣渭水).

One of Ko’s long-time confidantes, Tsai Pih-ju (蔡壁如), said that according to relevant regulations, the notice of the party’s founding meeting had already been supplied to the Ministry of Interior, the Central News Agency reported.

Other media reports suggested that Ko would launch his party on August 6, while he might already provide details during an interview with the media on Thursday (August 1).

Just hours before the reports about the new party became public, another potential presidential contender, Foxconn Technology founder Terry Gou (郭台銘), had returned from Japan on his private jet.

Gou had left Taiwan for Japan with his wife after Kaohsiung City Mayor Han Kuo-yu (韓國瑜) had defeated him by 17 percent in the opposition Kuomintang (KMT) primary polls.

Rumors had swirled that Gou was contemplating an alliance with Ko, though what shape that coalition would take was not clear. Cable TV station TVBS reported Wednesday that Gou advisers had been seen at the Taipei City Government during the day.