TAIPEI (Taiwan News) -- China's Ministry of Culture and Tourism announced today (July 31) that due to the current state of cross-strait relations, applications for and the issuance of individual travel visas to Taiwan will be suspended for residents of 47 cities in China, effective on Thursday (Aug. 1).

Earlier today, travel agencies with offices in Beijing, Shandong, and other locales in China have been notified that there has been a suspension of individual travel visas for Chinese citizens. However, the companies could not confirm this is the case for all cities in China.

Several Chinese netizens said on Weibo that travel agencies they had contacted confirmed the news. The agencies said that Chinese can now only apply for group visas if they wish to travel to Taiwan.

Many are speculating that Taiwan's upcoming general elections in 2020 could be the rationale for implementing the restrictions. Others believe that it is punishment for Taiwan's support of Hong Kong's anti-extradition law protests.

Screenshot of Ministry of Culture and Tourism's announcement.

This marks the first time that Beijing has fully suspended individual travel to Taiwan. Chinese tourism to Taiwan had actually been on the upswing this year.

According to Taiwan's Tourism Bureau, the number of Chinese tourists visiting Taiwan reached 1.67 million in the first half of this year. This represented an increase of 30 percent over the same period last year.

Ko Mu-chou (柯牧洲), vice president of Taiwan Tourism Development Association, said that the new restriction seems to be affecting freedom of movement and may also affect group tours. Ko estimates that this new restriction could reduce the number of Chinese tourists visiting Taiwan by 700,000 between August of this year and February next year.

UDN cited Roget Hsu (許高慶), chairman of the Taiwan International Tourist Aid Rescue Association, as saying that this is not the first time China has placed some restrictions on individual travelers to Taiwan, but it is the first time since 2015.

Hsu said he believes that the suspension was implemented with Taiwan's upcoming election in mind. He said that as China places great importance on the 2020 election, it's no surprise restrictions have been put in place again.

Since the so-called "self-guided travel" for individual Chinese visiting Taiwan first went into effect in 2011. The validity period for an individual entry permit issued by China to visit Taiwan has been six months.

The Chinese cities where individual travel permits for Taiwan had been issued in the past include: 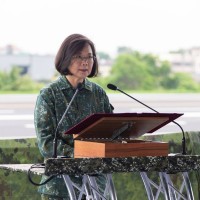