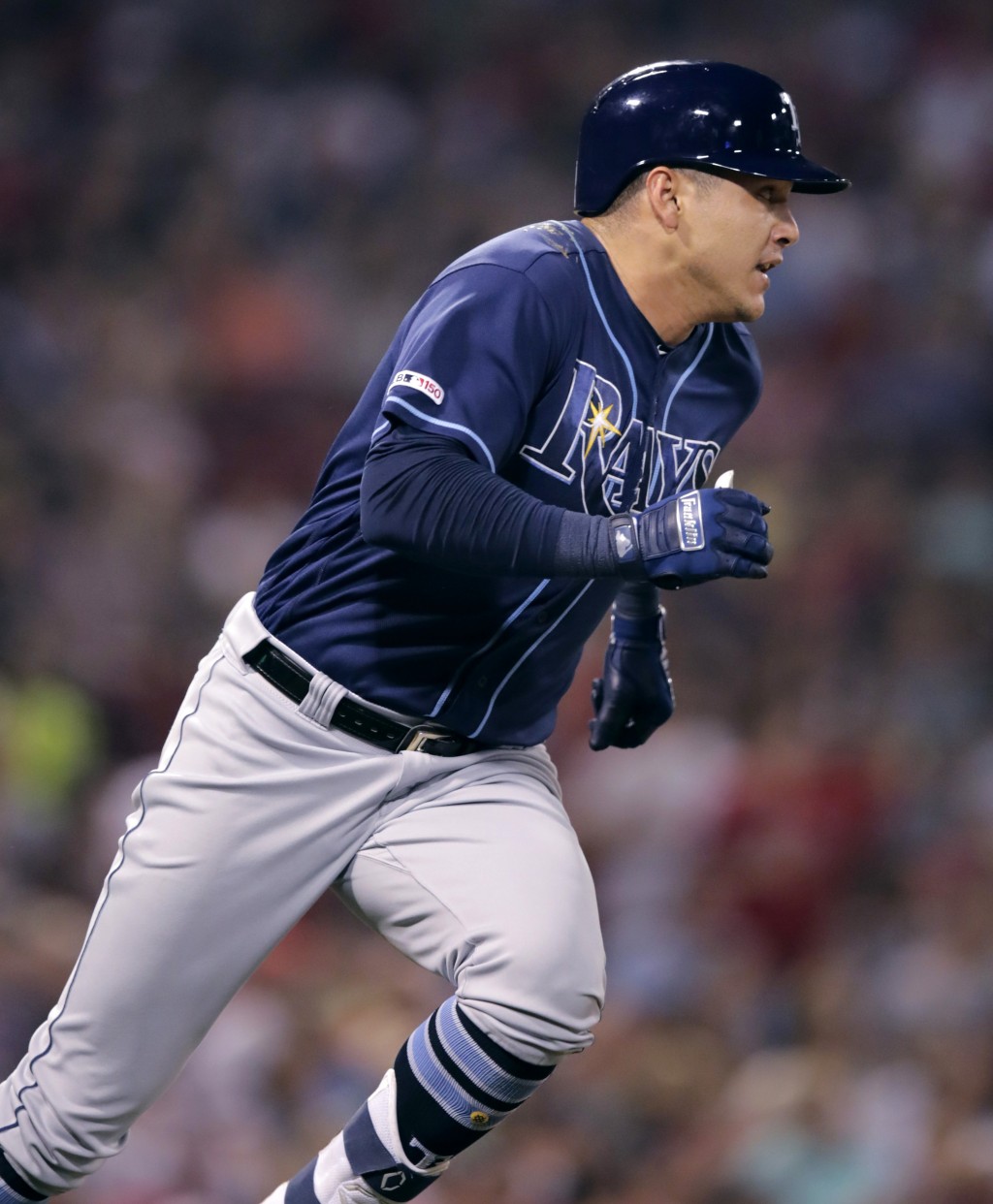 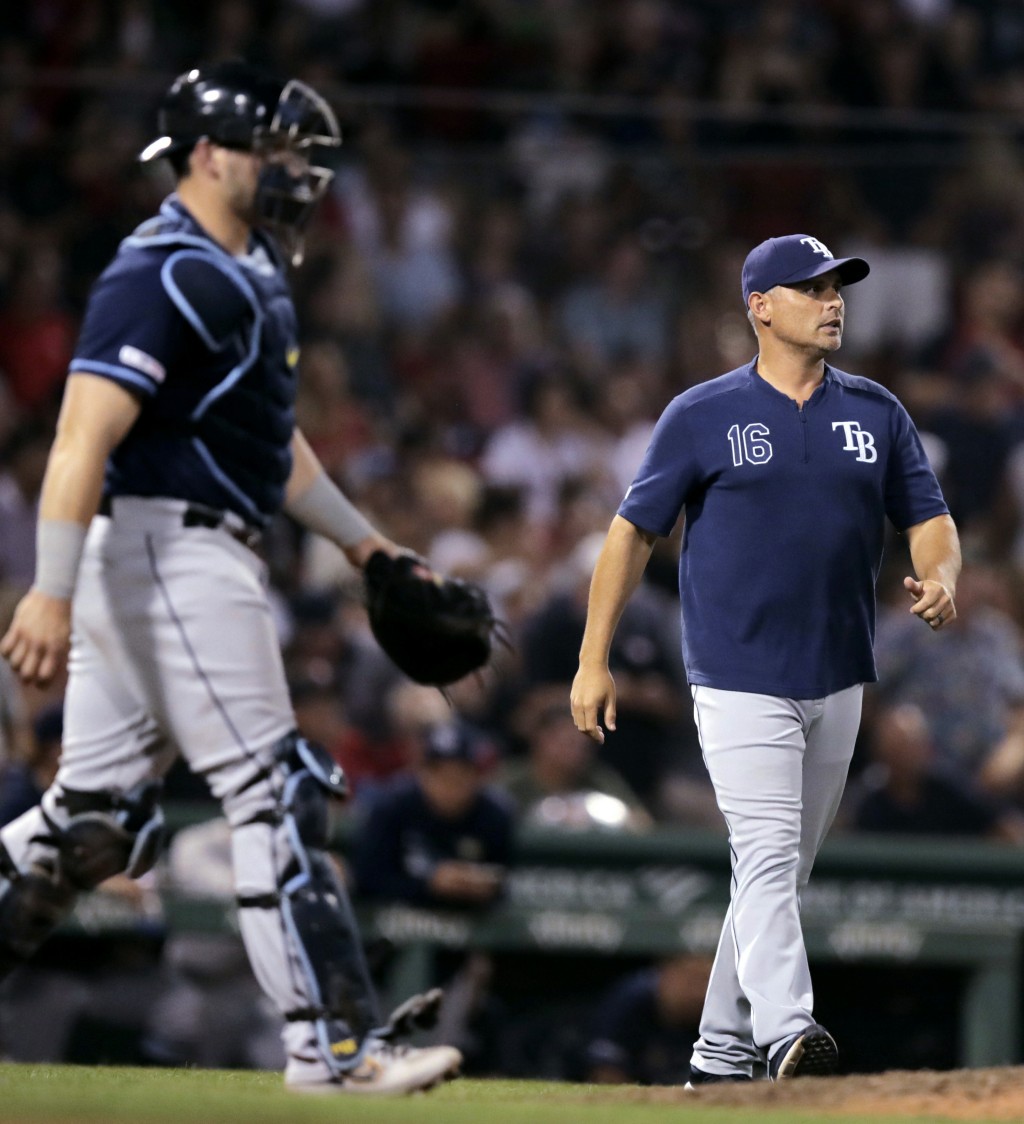 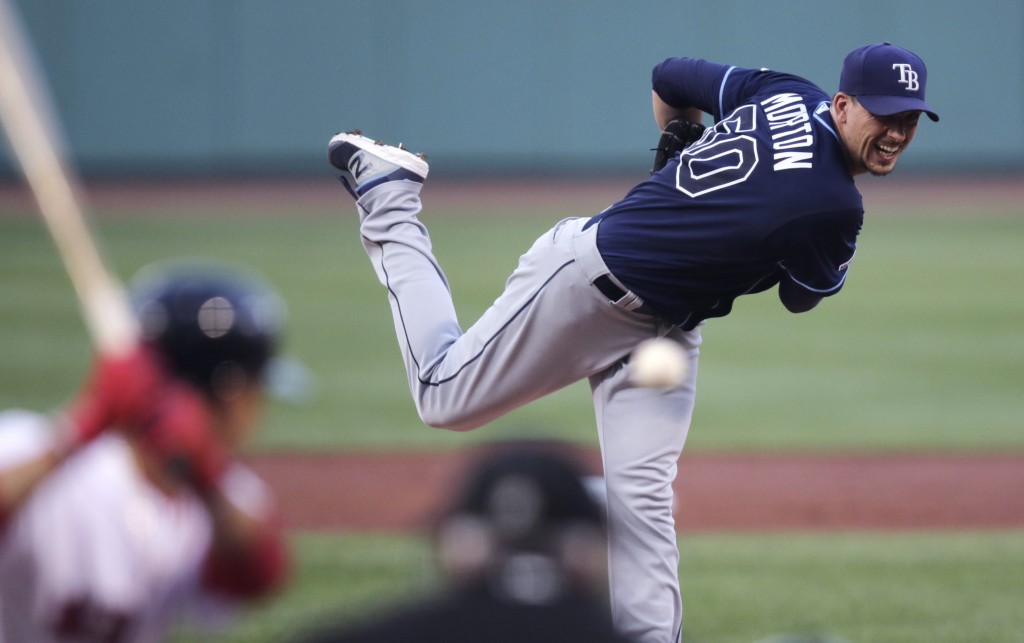 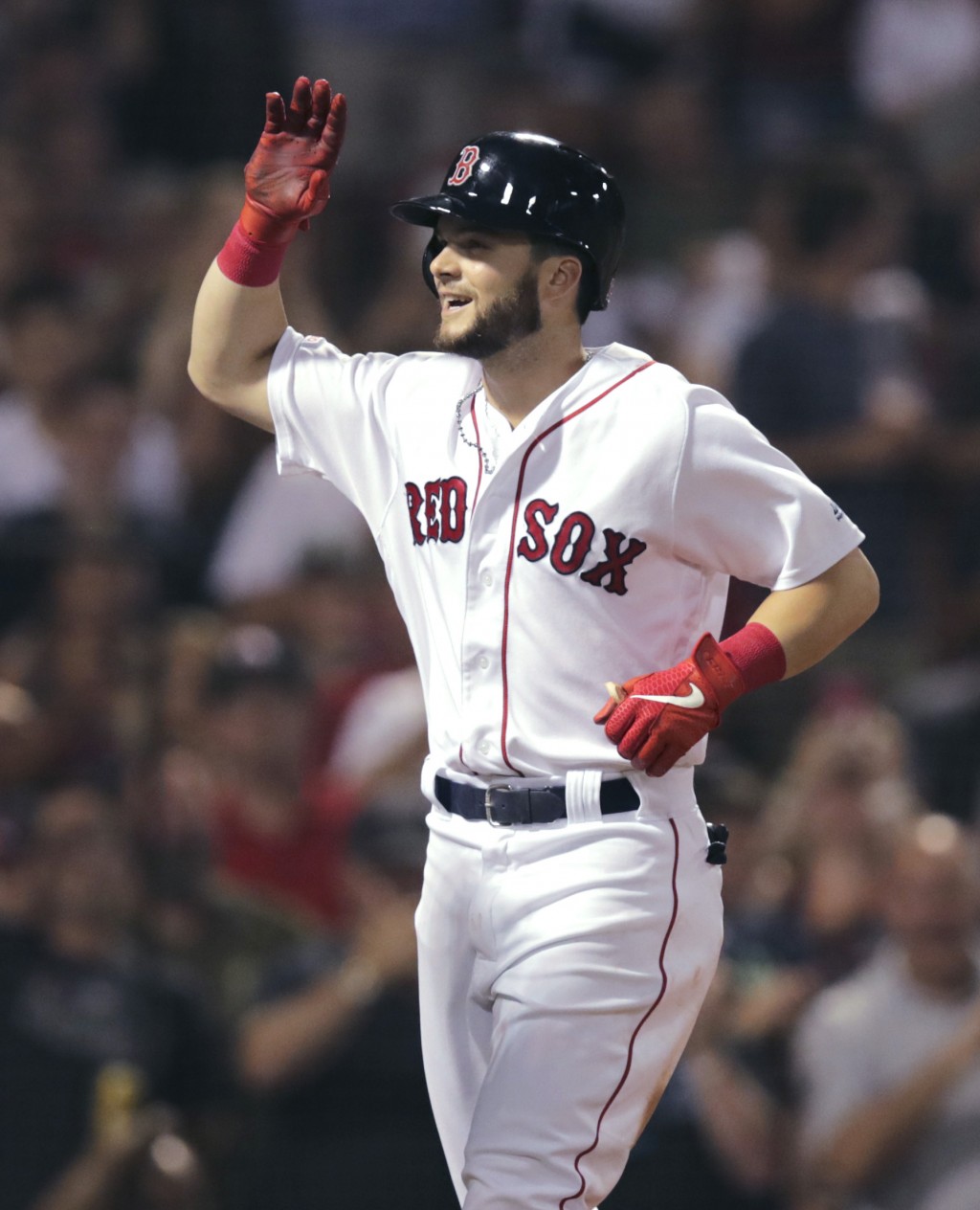 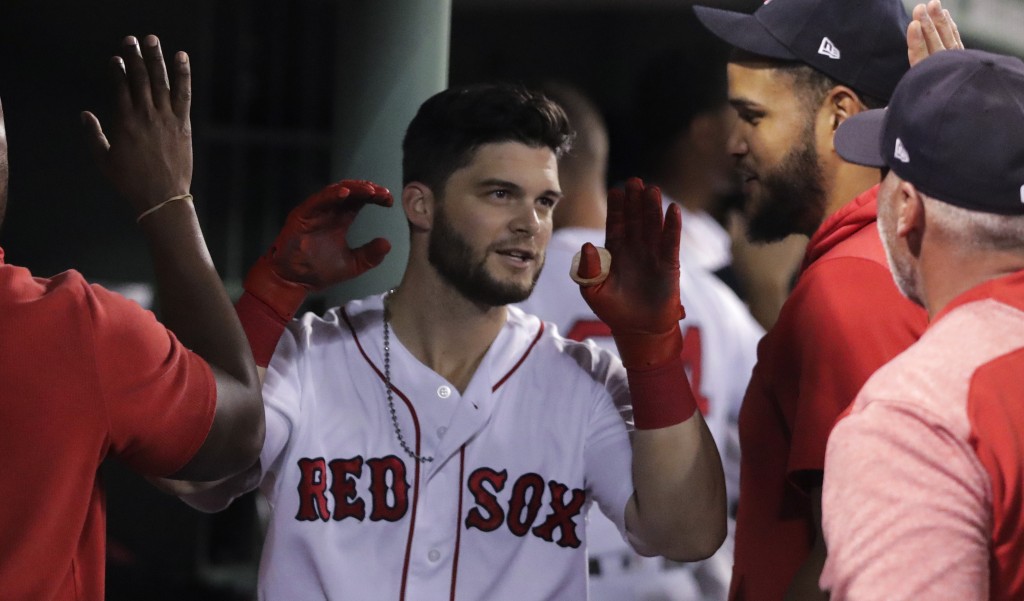 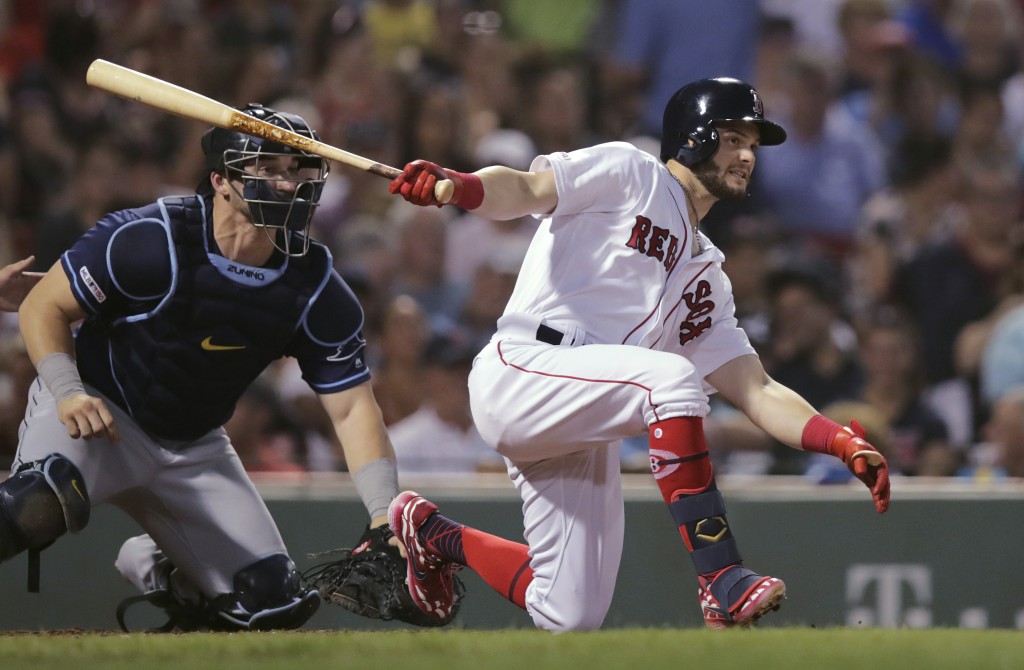 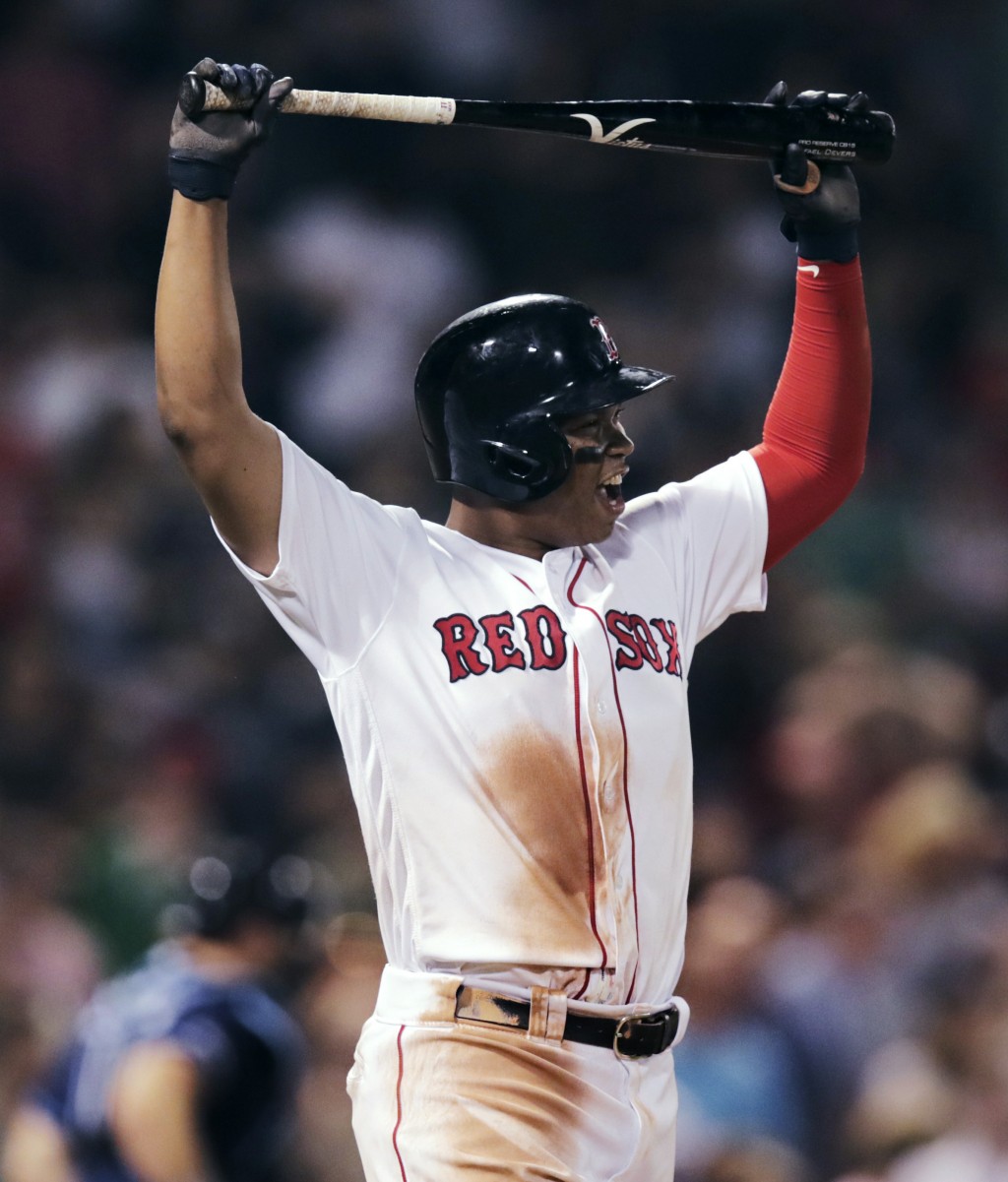 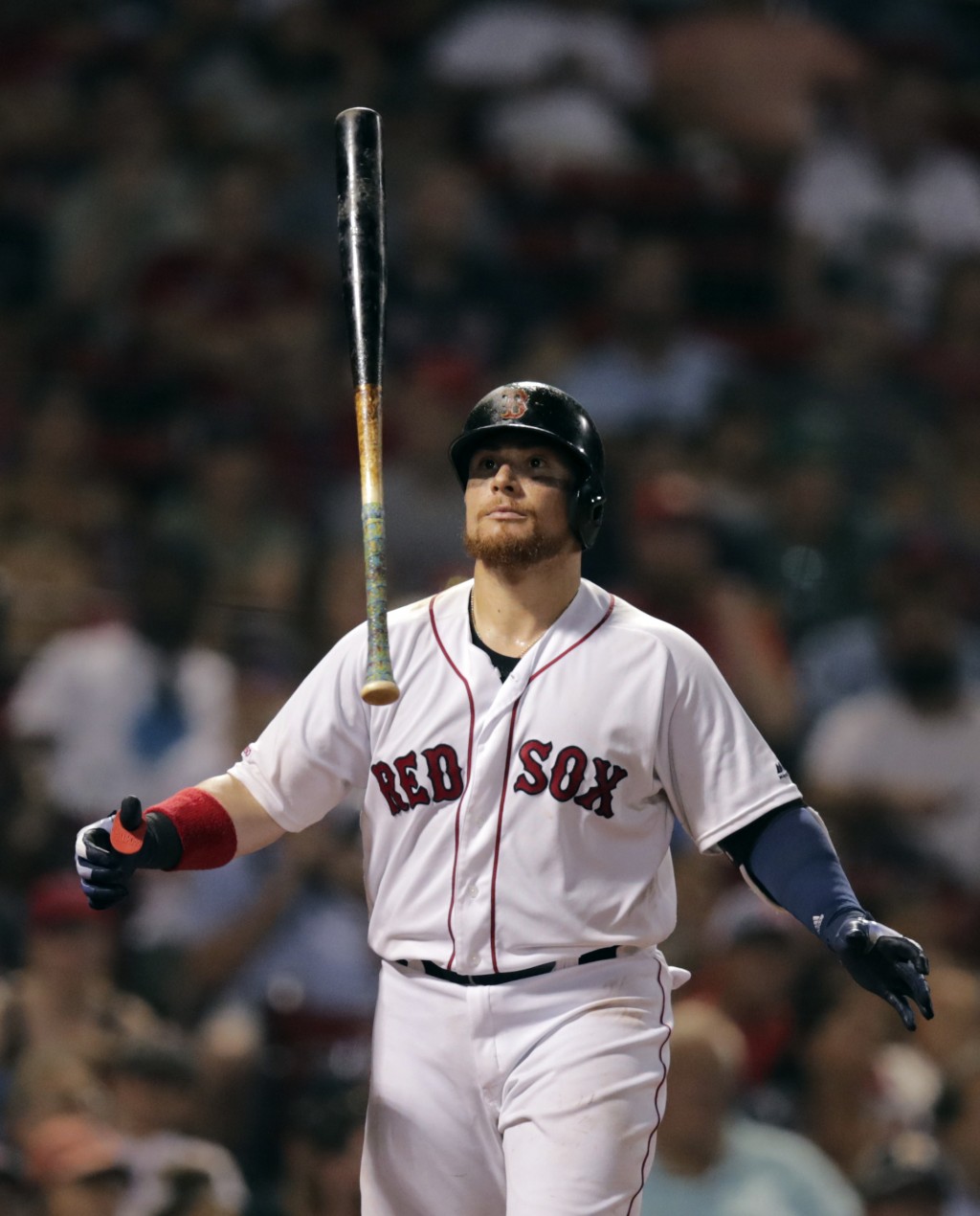 BOSTON (AP) — Avísail García homered and added the go-ahead, two-run double in the sixth inning to rescue manager Kevin Cash from an untimely pitching change, and the Tampa Bay Rays held back the charging Red Sox by beating Boston 6-5 on Tuesday night.

Travis d'Arnaud and García homered to give the Rays a 4-3 lead in the fifth and help chase David Price. But Cash came out to get Charlie Morton with one on and two out in the bottom half; the AL ERA leader, who had only thrown 85 pitches, tried to talk his manager out of it, with no luck.

Andrew Benintendi hit the next pitch from reliever Adam Kolarek over the Green Monster to give Boston the lead. But García made it 6-5 with a wall-scraping double in the sixth, and Kolarek (4-3) followed with a perfect sixth.

Boston loaded the bases in the eighth before Emilio Pagán, Tampa's seventh pitcher, got Rafael Devers on an easy fly to left end the threat. He gave up two singles with two outs in the ninth before retiring Christian Vázquez on a high fly ball to left for his eighth save.

Josh Taylor (0-1) gave up a single to the only batter he faced, right before Garcia's game-winning double off Colten Brewer.

Mitch Moreland hit a two-run double in the first inning and Benintendi also had an RBI single for Boston. Devers had three hits for the Red Sox, who are playing 14 straight games against the Yankees and Rays, the two teams ahead of them in the AL East.

Boston won five of the first six to move ahead of Tampa Bay and into postseason position, but dropped the series finale against New York on Sunday and now trail both the Rays and Oakland Athletics in the race for the AL's second wild-card spot.

Morton resisted giving Cash the ball, but the manager just shook his head, said a few words and patted his pitcher on the back. At least Morton didn't go full Trevor Bauer; the Cleveland pitcher turned and hurled the ball over the center field fence when he was pulled from a game on Sunday.

In all, Morton was charged with four runs on seven hits and two walks, striking out two in 4 2/3 innings.

The Red Sox homered at Fenway Park for the 15th straight game, their longest streak since homering in 17 in a row in 1969.

Rays: OF Kevin Kiermaier (sprained left thumb) rejoined the team and is expected to be activated for Wednesday's game against the Red Sox. ... OF Tommy Pham's was a late scratch from the lineup because of a sore hand. He was available for defense or pinch-running.

Red Sox: LHP Brian Johnson (non-baseball injury) is expected to be activated from the injured list and start one of the games in Saturday's doubleheader at Yankee Stadium.

The teams play Game 2 of the three-game series on Wednesday at 7:10 p.m. RHP Rick Porcello (9-7) will start for Boston; he has won four straight despite allowing 19 runs in 22 2/3 innings. Tampa's pitcher is TBD.