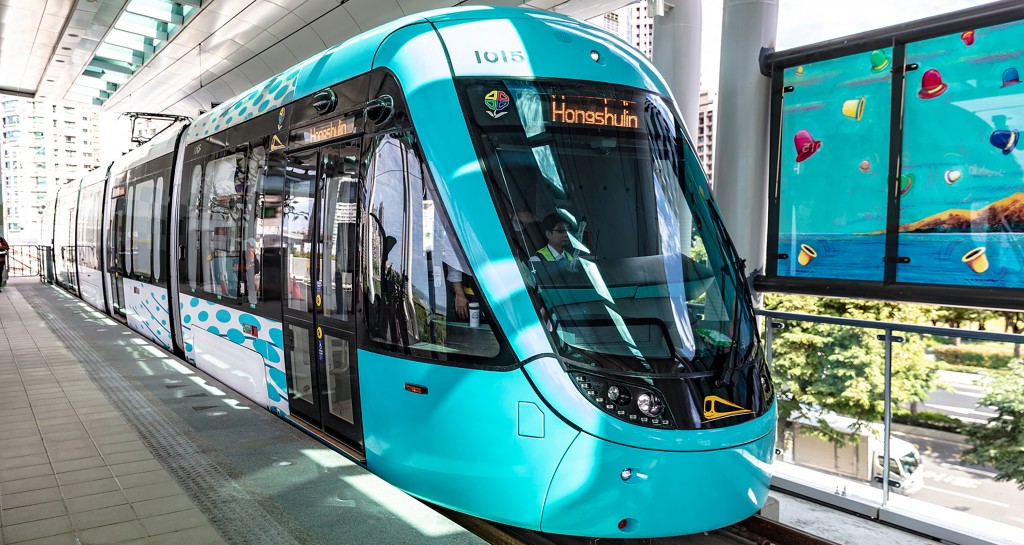 In the period 6 p.m. to 8 p.m. daily, the trains will depart every 12 minutes instead of every 15 minutes, the New Taipei Metro Corporation (NTMC) said.

The more frequent service will help reduce congestion on the Danhai line, which has been seeing growing ridership since it was launched last December, NTMC General Manager Wu Kuo-chi (吳國濟) said.

According to the NTMC, new electronic billboards will also soon be installed at the LRT Hongshulin Station to display the arrival and departure times of the trains.

The line, the first phase of a four-line light rail system, runs through 11 stations between Hongshulin MRT Station and Kanding Station, including seven overhead stops and four at ground level.

Since the light rail line began operation on Dec. 24, 2018, its ridership has reached a total 2.4 million passengers, according to Wu.