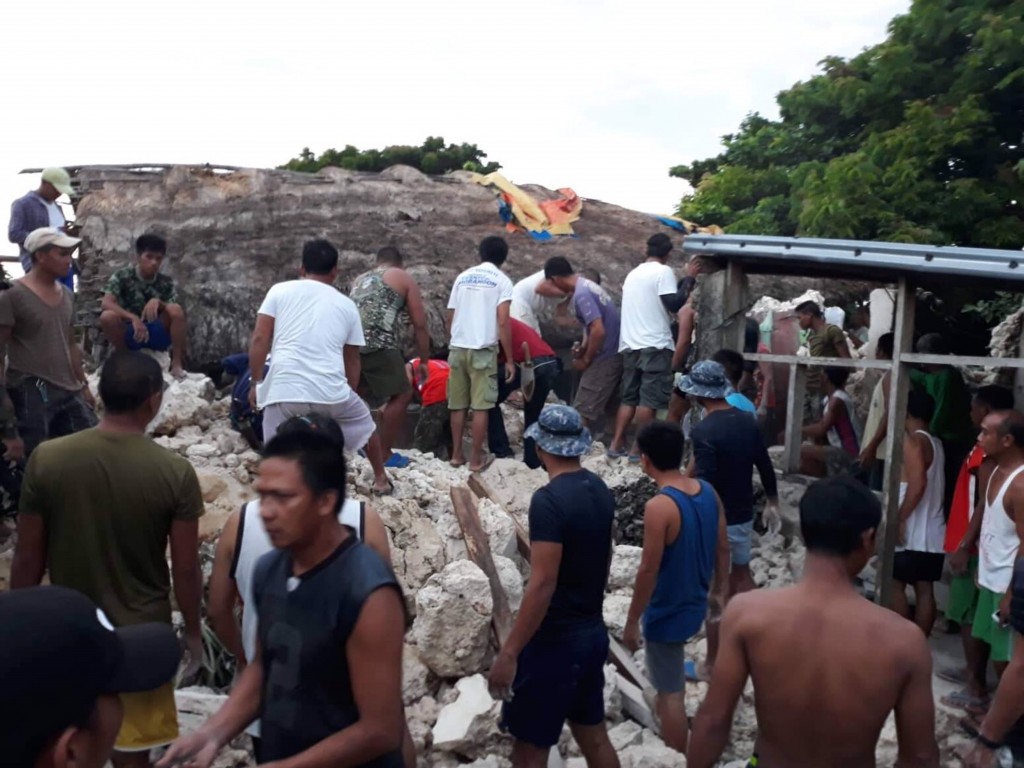 Taipei, July 30 (CNA) The Tao tribe, the aboriginal residents of Lanyu off the coast of eastern Taiwan, has launched fund-raising for Batanes Islands in the Philippines, which was hit by an earthquake last Saturday in which eight people were killed and 60 injured, a local cultural worker said Tuesday.

Maraos (瑪拉歐斯), the Lan An Cultural and Educational Foundation chief executive officer, said many Lanyu residents were saddened by the tragedy and have endorsed the event since learning on his Facebook page of the temblor in the far northern Philippines.

Houses and buildings, many of which are constructed from coral or stone, were toppled by the 5.4-magnitude tremor and subsequent numerous aftershocks, including a 300-year-old Catholic church, Maraos said.

"We felt so bad that our brood has suffered such a big loss, and we hope to extend our help to them," Maraos said. The people of Lanyu and Batanes feel a strong cultural affinity.

According to Maraos, it was decided during a meeting Monday that a month-long fundraising effort and a three-month material-raising campaign will be launched immediately to help with the post-quake relief.

Seven civil and religious groups on Lanyu will make concerted efforts for the cause, he noted.

Maraos said he has contacted Taiwan's Cabinet spokeswoman Kolas Yotaka and Batanes officials for help in transporting relief materials to the Philippine islands.

The Tao tribe on Lanyu are believed to have migrated from the Batanes to the now Taiwan-controlled island off Taitung County hundreds of years ago. The spoken languages used by the residents on the two islands share 60 percent in similarities.

In recent years, the Tao people have been keen to explore their roots and restore their historical navigation routes.

In response, Batanes Governor Marilou Cayco visited Lanyu early this month to study the feasibility of the issue and gain an understanding of Lanyu's tribal settlements and cultural development.

The 93-square-kilometer Itbayat Island, the worst-hit of the Batanes, has a population of 2,963 people and is only 150 kilometers from Lanyu.

Of all the Batanes Islands, Itbayat lies closest to Lanyu and shares most linguistic similarities with Lanyu.