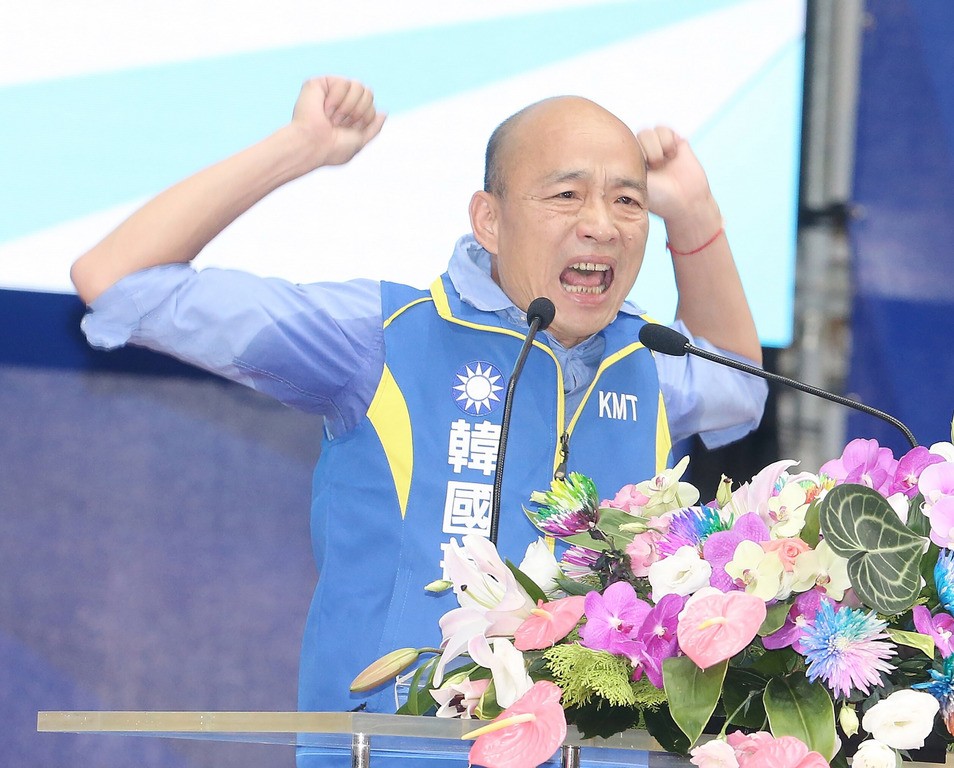 In the latest edition of My Formosa's poll titled "Who is Suitable to be the Next President" (誰適合擔任下一屆總統), trust in Han among respondents has continued to plummet, now dipping to 34.6 percent, while those who distrust Han has skyrocketed to 59.2 percent, a new high. Support for President Tsai Ing-wen (蔡英文) has risen to 38.6 percent compared to Han's 30.7 percent.

When asked to choose between Tsai and Han in a head-to-head matchup, Tsai garnered 46.4 percent, while Han only managed 37.2 percent. My Formosa commissioned Beacon Marketing & Research Co., Ltd. to conduct the telephone survey, interviewing adults over the age of 20 across the country's 22 counties and cities.

The survey gathered 1,078 valid samples. It had a sampling error of plus or minus 3 percentage points and a confidence level of 95 percent. The latest poll showed that the trust level in Han among respondents has been declining steadily. In November 2018, when Taiwan's nine-in-one elections were held, those who trusted Han reached 52.1 percent, while only 26.6 percent said they distrusted him

However, by July of this year, the situation has reversed 180 degrees. The trust level in Han has dropped to only 34.6 percent, while those who distrust him has shot up to 59.2 percent.

In a four-way matchup including Tsai, Han, Taipei Mayor Ko Wen-je (柯文哲), and Foxconn Tycoon Terry Gou (郭台銘), Tsai came out on top with 30.6 percent of the vote, followed by Han at 26.0 percent, Ko at 17.3 percent, and Gou at 14.5 percent. Even if Ko and Gou joined forces, they would still trail behind those supporting Tsai and Han, with the gap between Ko and Gou within the sampling error range.