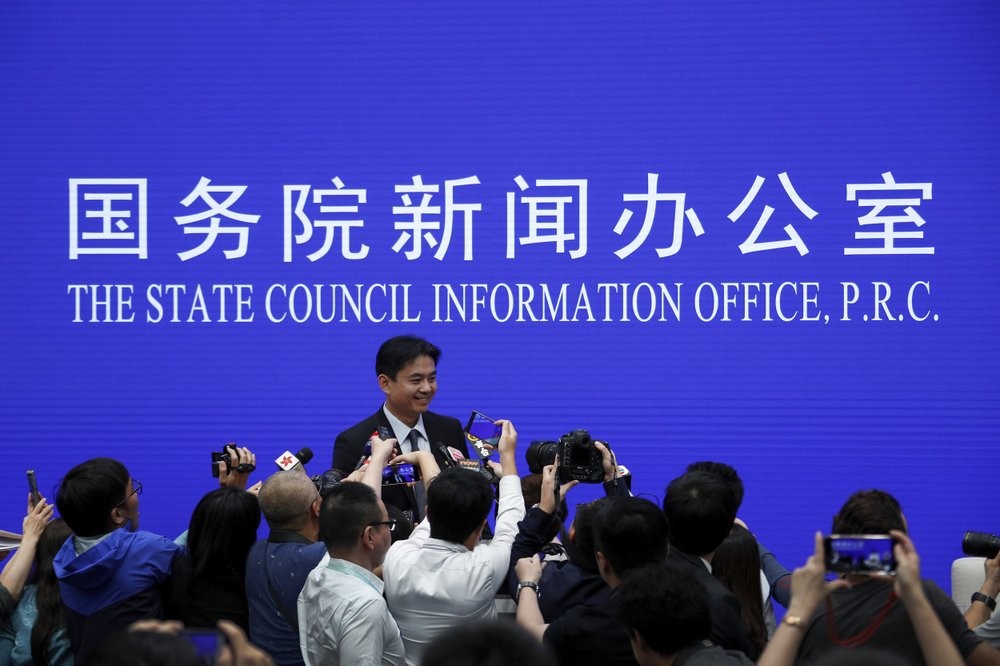 TAIPEI (Taiwan News) – On Monday (July 29), after eight weeks of protests in Hong Kong, the Hong Kong and Macau Affairs Office (HKMAO) in Beijing held a rare press conference to address the troubles wracking the city.

At the press conference, the HKMAO also suggested that “Western countries” were supporting and contributing to social instability in the special administrative region (SAR), however, the spokespeople declined to provide any examples of interference from foreign countries. HKMAO Spokeswoman Xu Luying (徐露穎) declared that the Hong Kong government’s top priority must be to “restore social order” and emphasized that Beijing stands completely behind Lam and the Hong Kong Police Department.

A report from the BBC notes that the current messaging from Beijing in support of Lam’s administration may actually serve to further inflame the activists, who are protesting the unpopular chief executive and the city’s police force's heavy-handed response. Beijing may be actively “trying to divide Hong Kong” by unequivocally standing by the current Lam government, according to the report.

Analyst Celia Hatton of the BBC suggests that Beijing is approaching the Hong Kong debacle with a “two-pronged strategy.” She says the Chinese government is attempting to isolate and blame a small minority of “radicals” while also appealing to the grievances of the larger public so as not to alienate the entire population of the SAR.

According to some reports, this is the first time that the HKMAO office in Beijing has called a public press conference to discuss governance in the Hong Kong SAR since the year of its official handover from the United Kingdom in 1997, highlighting just how “grave” the situation has become for strategists in Beijing.