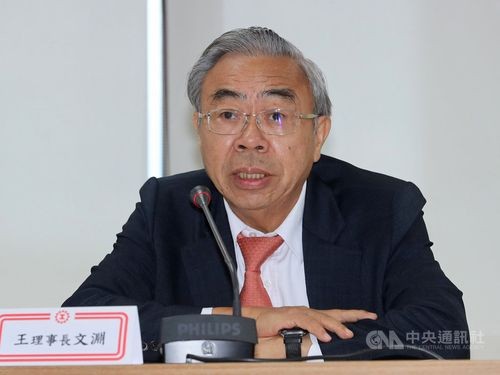 The Taiwan-based Chinese National Federation of Industries (CNFI) released its 2019 White Paper Monday, which raised more than 200 suggestions to the government for a friendlier business environment amid global trade conflicts.

The 2019 CNFI White Paper makes 211 suggestions to the government in nine major fields, including industrial development, energy policy, taxation and financial policy, and cross-Taiwan Strait policy, Wang Wen-yuan (王文淵), chairman of the CNFI) and president of the Formosa Plastics Group, said at a Monday press conference.

The CNFI is a non-profit organization established in 1942 that currently consists of 159 member associations from a wide range of manufacturing industries in Taiwan, according to its website.

In order to attract more Taiwanese businessmen and foreign businessmen and encourage them to stay in Taiwan, Wang said, the government should create a friendly business environment and formulate pragmatic and effective policies in response to global uncertainties, including the heightening of the U.S.-China trade conflicts, and other trade disputes between Japan and Korea, as well as India and the U.S.

Meanwhile, Tsai Lien-sheng (蔡練生), secretary-general of the CNFI, said at the same press conference that the government should conduct an objective and comprehensive assessment on the impact of the U.S.-China trade war and find solutions to it.

In addition, the lack of electricity, water, land, workforce and talent, along with employers-worker relations, long-term care and environmental protection, are other imminent problems that require government attention, Tsai added.

He further recommended that the government should optimize tax collection and amend government revenue allocation laws to encourage private investment and promote economic growth and employment.

As for cross-Taiwan Strait relations, Tsai suggested that the government should lower cross-strait tension and hostility to foster trust and cooperation, while at the same time assisting Taiwanese businessmen in relocating or reallocating their investments globally.

Citing the results of a survey among its members, the CNFI said the acceptability of the government's responses to industrial problems is now 74.46 percent, a 12-year high compared to an average of only 60 percent in previous years.