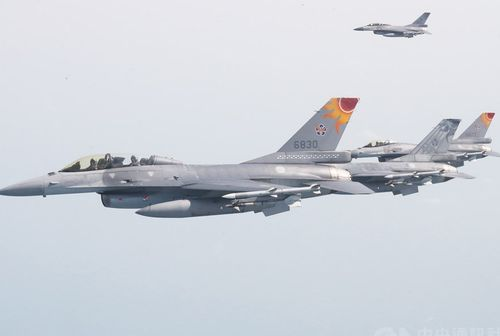 Meanwhile, in the Taiwan Strait, China’s navy began a week of military drills near Dongshandao, located around 55 km from Taiwan’s Kinmen. The exercises will finish on Aug. 2 at 6 p.m., according to China’s Guangdong Maritime Bureau.

After leaving Hualien Air Base around 6:20 a.m., the pilots first carried out a targeting simulation with the Harpoon missile systems without test-firing. This phase of the drill, which also included evasive maneuvers, was concluded by 7:20 a.m.

In the next phase of the drill, the two pilots simultaneously launched Harpoon missiles at 8:35 a.m. Both successfully struck the decommissioned ship(s), which were assigned the names of vessels belonging to China's People's Liberation Army Navy, with one reportedly receiving the designation of “Liaoning,” the name of China’s only commissioned aircraft carrier.

The two F-16s both safely returned to Hualien Air Base at 9:40 a.m. This is the first time since 2001 that the Taiwan Air Force has tested a AGM-84 Harpoon missile in flight, reports LTN.