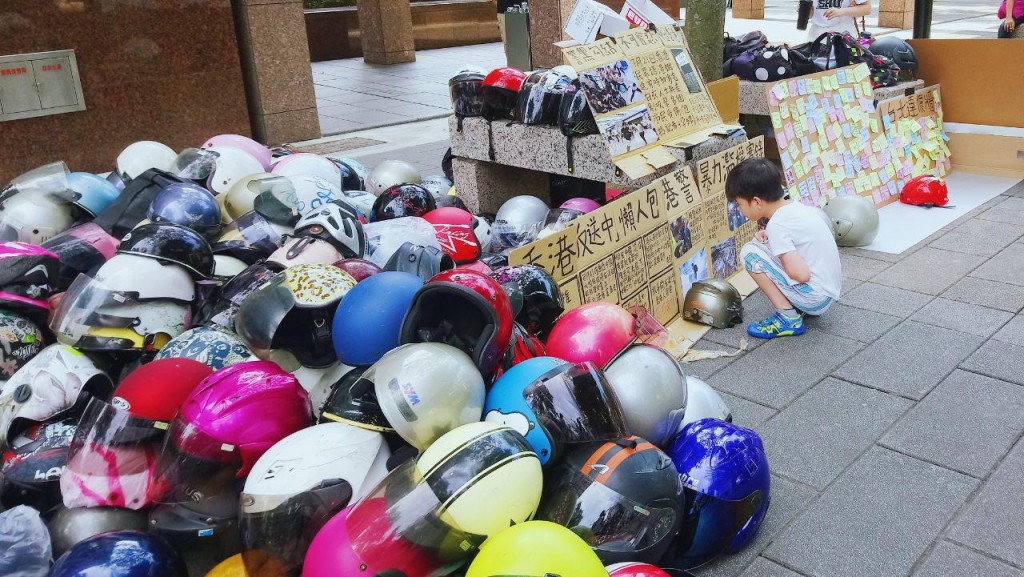 TAIPEI (Taiwan News) — As clashes between Hong Kong protesters and law enforcement officers continue to escalate, an initiative to donate helmets as a means of supporting the anti-extradition bill demonstrations has begun in Taiwan.

Hong Kong students based in Taipei organized two helmet donation events in the city last week, collecting nearly 200 new and second-hand helmets on Thursday (July 25), and 500 on Sunday (July 28). Known as the Hong Kong Outlanders, the group helped organize a number of solidarity protests in Taipei throughout June.

There has been a shortage of helmets in Hong Kong due to the weeks-long protests against the contentious bill, and there are only a handful of shops selling helmets since scooters and motorbikes are less common in the city, the group said. Protesters in Hong Kong, particularly those on the front lines, generally discard their equipment after every protest in order to avoid identification by the authorities, it added.

Hong Kong online news outlet Stand News has also reported the issue. Nearly 20 shops on Taobao, one of the biggest online shipping websites in China, have openly said they refuse to sell and deliver “sensitive” equipment to Hong Kong, including helmets, masks, and other protective gear, the report said. According to the report, this is in response to anti-government protesters vandalizing Beijing’s Liaison Office in Hong Kong on July 21.

The Hong Kong Outlanders have so far declined to reveal how they plan to send the collected helmets from Taiwan to Hong Kong, citing fear of interference. They said they would keep the public updated once the helmets arrive safely in Hong Kong.