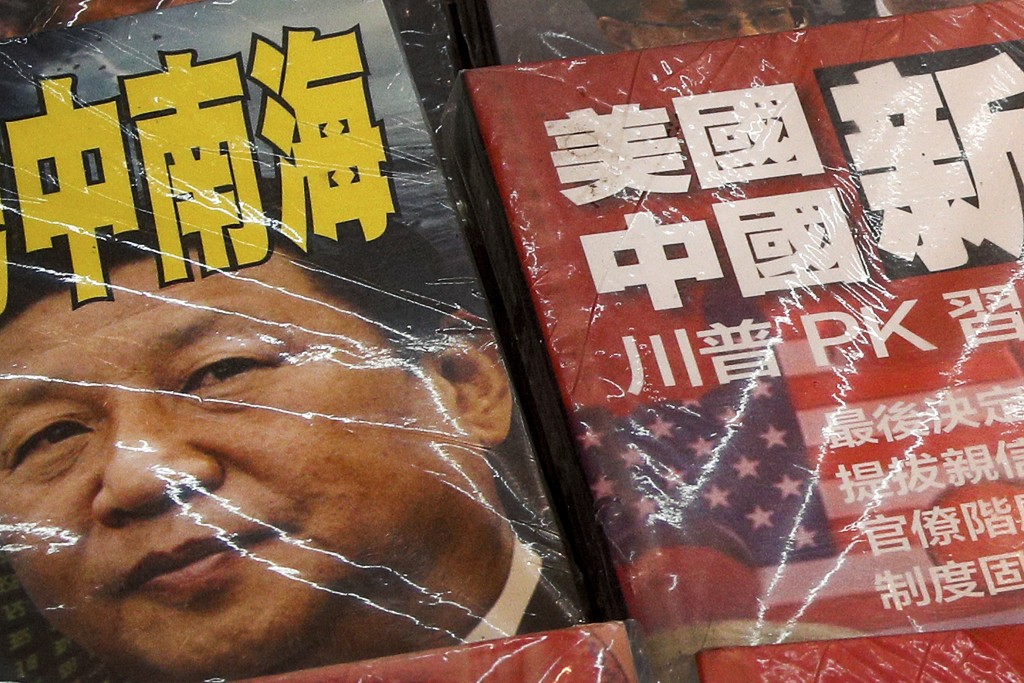 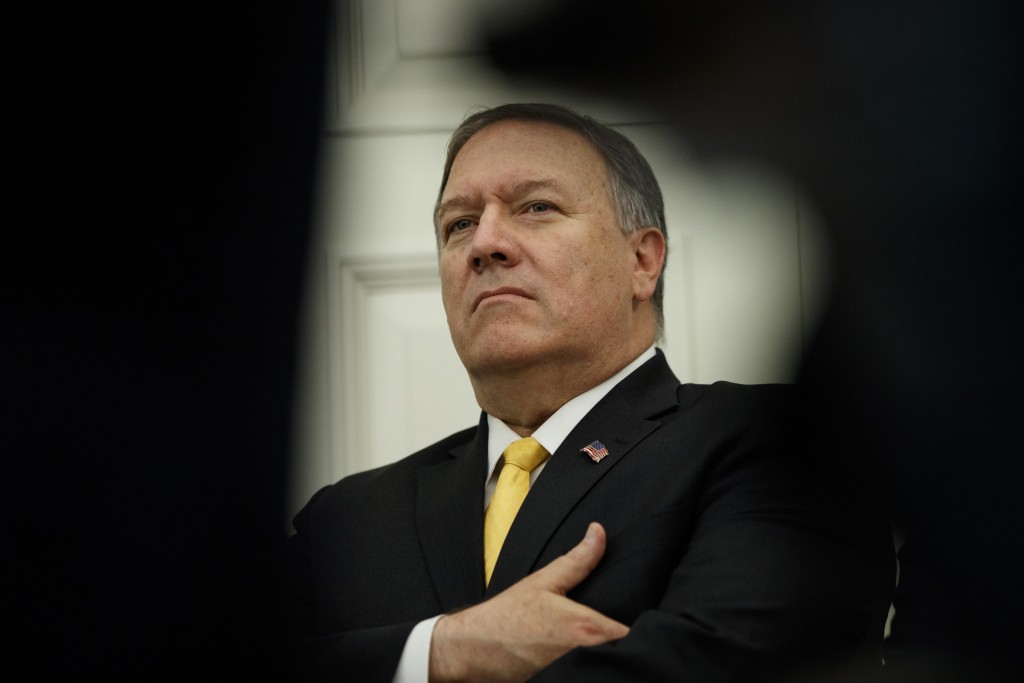 BEIJING (AP) — A look at recent developments in the South China Sea, where China is pitted against smaller neighbors in multiple disputes over islands, coral reefs and lagoons. The waters are a major shipping route for global commerce and rich in fish and possible oil and gas reserves.

U.S. Secretary of State Mike Pompeo is visiting Asia this week but steering clear of China amid impasses with Beijing over trade, Taiwan and the South China Sea.

A stalemate in the Trump administration's nuclear talks with North Korea will also feature highly on Pompeo's agenda.

Pompeo travels to Thailand on Tuesday for the Association of Southeast Asian Nations forum, where the North's launch of medium-range missiles and increasingly assertive Chinese maritime actions will be major issues.

Pompeo will depart for Bangkok as a new round of U.S. trade talks with China gets underway in hopes of finding a resolution to the increasingly bitter dispute over tariffs and technology. This also follows events in the South China Sea that Washington and some of China's Southeast Asian neighbors have complained are provocative.

One senior U.S. official said that recent Chinese actions, including the ramming of Filipino and Vietnamese fishing ships by Chinese naval vessels in disputed areas "fly in the face of" China's claims to be interested in peace and security in the region.

Meanwhile, China has expressed anger over new U.S. arms sales to the self-governing island democracy of Taiwan and the passage last week of an American destroyer through the Taiwan Strait.

China has asserted its right to install defenses on islands in the South China Sea as part of a wide-ranging report on military policy in which it accused the United States of undermining global stability.

The defense ministry document was the first comprehensive outline of its policies issued since President Xi Jinping came to power more than six years ago. It underscores Xi's more assertive approach to military challenges ranging from Taiwan and the South and East China Seas to the restive western regions of Xinjiang and Tibet.

"China exercises its national sovereignty to build infrastructure and deploy necessary defensive capabilities on the islands and reefs in the South China Sea, and to conduct patrols in the waters of the Diaoyu Islands in the East China Sea," the report said, referring to disputed waters as well as islands that Japan calls the Senkaku Islands.

China has built or expanded island holdings in the disputed Spratly island group by piling sand and concrete on former coral reefs and adding radar domes, runways and other infrastructure that can serve military purposes.

The U.S. has strongly opposed such moves and regularly sails and flies military assets close to the disputed areas in what it calls freedom of navigation operations. Noting such moves, the Chinese report said the U.S. had "provoked and intensified competition among countries, significantly increased its defense expenditure ... and undermined global strategic stability."

Philippine President Rodrigo Duterte says there is no way to stop Chinese from fishing in his country's exclusive economic zone and he will not risk losing Filipino forces in a clash in the disputed South China Sea.

Duterte has nurtured friendly ties with Beijing and critics have castigated him for not standing up to China's aggressive behavior in disputed waters and demanding China comply with an international arbitration ruling that invalidated Beijing's historic claims to virtually the entire waterway.

"When Xi says 'I will fish,' who can prevent him?" Duterte said in his annual state of the nation address on July 22. He was referring to Chinese President Xi Jinping.

"If I send my marines to drive away the Chinese fishermen, I guarantee you not one of them will come home alive," Duterte said.

An exclusive economic zone is a 200-nautical-mile (370-kilometer) stretch of water where a coastal state has exclusive rights to fish and exploit other resources.

Cambodian Prime Minister Hun Sen has denied he is allowing China to set up a military outpost in the Southeast Asian nation that could vastly expand Beijing's presence in the region.

The leader's July 22 comments came after a news report alleged that the two nations signed a secret pact allowing Beijing exclusive use of a naval base on the Gulf of Thailand.

Hun Sen told the pro-government Fresh News website that the report by The Wall Street Journal was "the worst distorted news" and that no such discussions had been held with China.

The Journal's report said an early draft of the agreement seen by U.S. officials would allow China use of the Ream naval base for 30 years, where it would be able to post military personnel, store weapons and berth warships.

Asked about the Journal's report, Chinese Foreign Ministry spokesman Geng Shuang said cooperation between the countries was "open and transparent" and that others should not "overinterpret it."