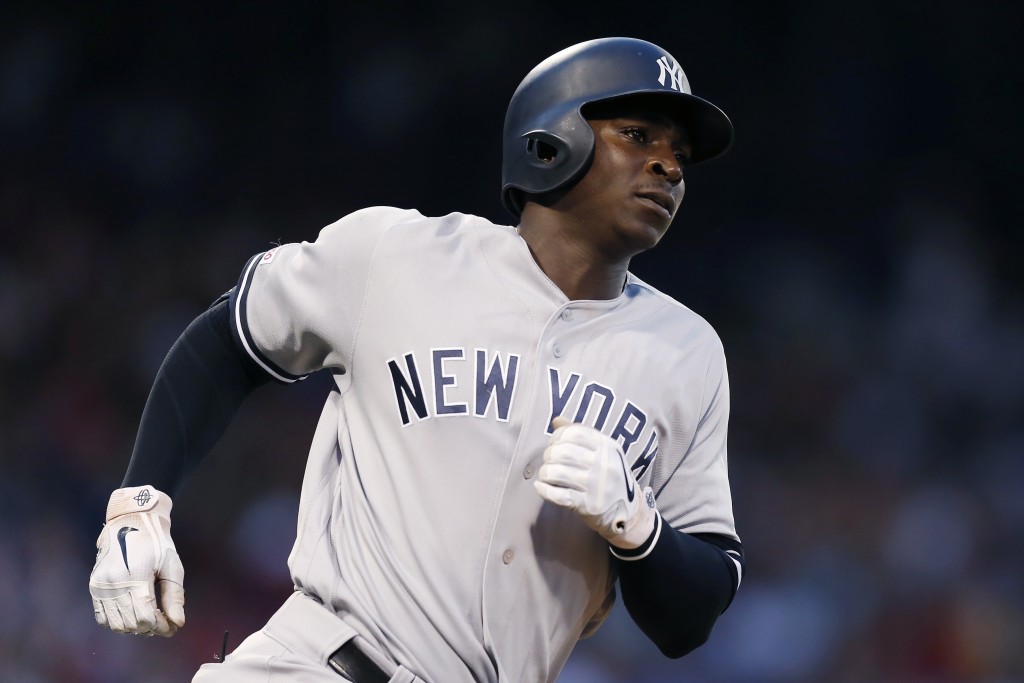 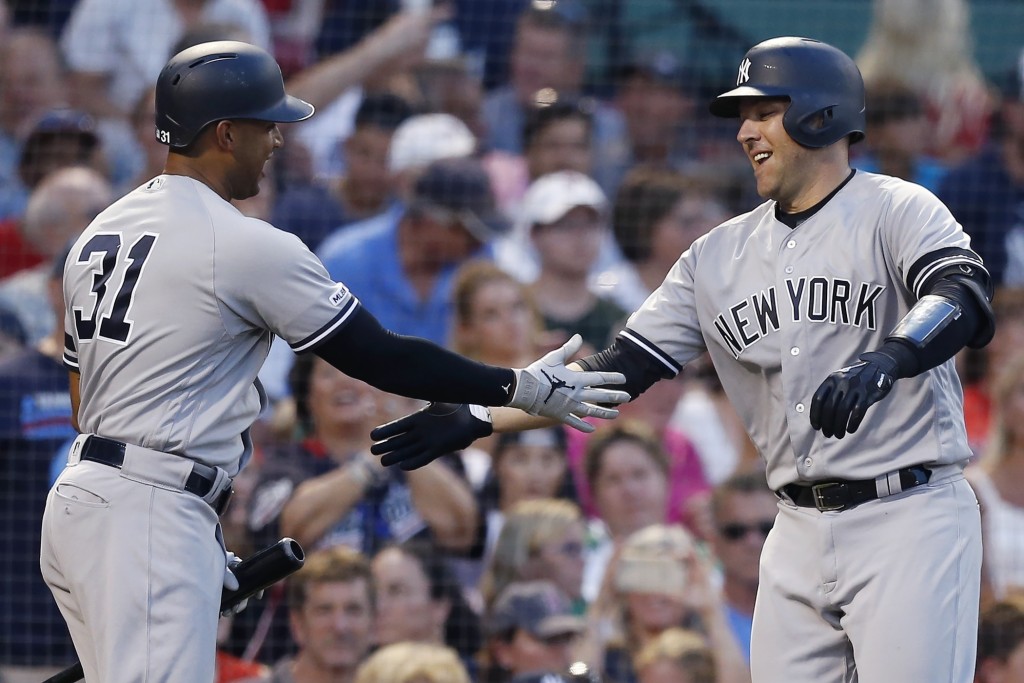 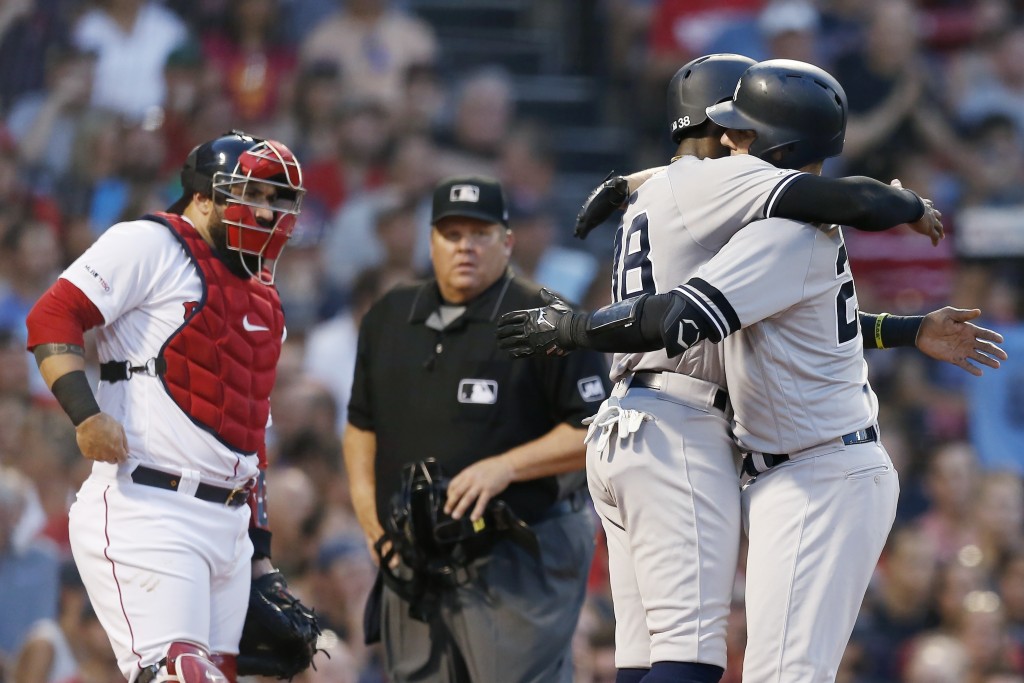 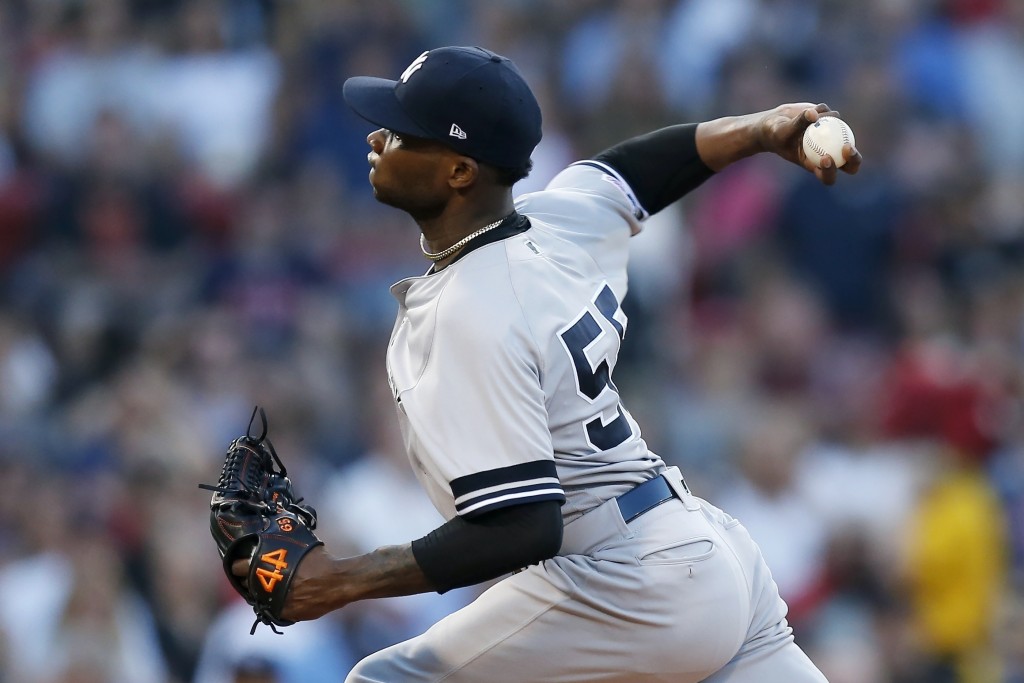 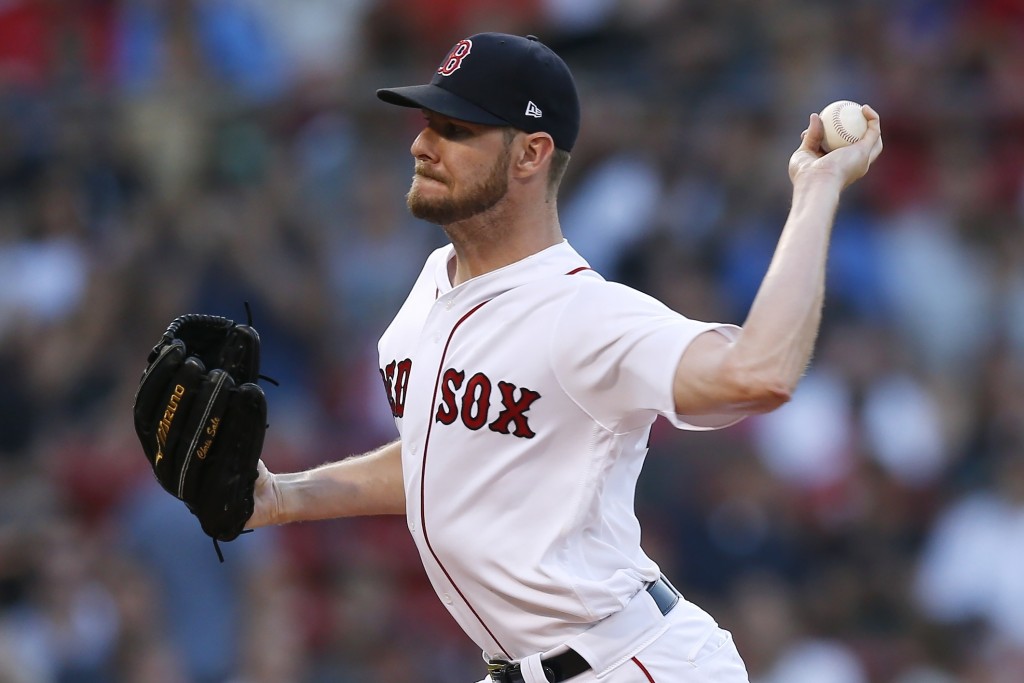 BOSTON (AP) — Didi Gregorius and Austin Romine each hit a two-run homer off Chris Sale, and Domingo Germán struck out nine Sunday night to help the New York Yankees avoid a four-game sweep with a 9-6 victory over the Boston Red Sox.

Five days after allowing a career-high eight runs to the Minnesota Twins, Germán (13-2) took a no-hitter into the fourth and allowed four hits and a walk through 5 1/3 innings. He has won four straight decisions, and 10 of his last 11.

After trimming New York's lead in the AL East from 11 games to eight — winning the first three games of the series by a combined 38-13 — the Red Sox committed three errors to fall into third place, nine games behind the Yankees in the division. The teams play four games in New York next weekend and four more at Fenway Park in September.

The Red Sox had won five of six against the Yankees and Rays to briefly move into playoff position, but with the loss fell behind both Tampa Bay and Oakland for the AL's second wild-card berth. The Rays visit Boston for three games, starting on Tuesday night.

Romine made it 2-0 in the third and Gregorius gave New York a 4-0 lead in the fourth. After Andrew Benintendi hit a two-run homer in the Boston fourth, the Yankees chased Sale (5-10) with two more in the sixth.

Sale allowed six runs on five hits and three walks, striking out seven in 5 1/3 innings. In his previous two starts, he had only permitted two earned while striking out 22 in 12 innings.

New York made it 8-3 on a two-run throwing error by center fielder Jackie Bradley Jr. in the seventh. Bradley hit a one-out single in the bottom half, took second on Christian Vázquez's single to shortstop and went to third when Gregorius made a bad flip throw for an error.

Bradley scored on a sacrifice fly, and Rafael Devers doubled to put runners on second and third. But Adam Ottavino got Xander Bogaerts on a weak popup to right field to end the inning.

The Yankees extended it to 9-4 in the eighth when Cameron Maybin doubled, took third on a groundout and scored on Marcus Walden's wild pitch.

Benintendi had a two-run single with two outs in the ninth — his third hit of the game. Bogaerts also had three hits.

The Red Sox had scored eight or more runs in six straight games against the Yankees, a first in the 117-year history of the rivalry. Overall, New York had allowed seven runs or more in seven consecutive games for the first time in franchise history. The Yankees have not lost four straight games since the second week of the season.

Bradley made a run-saving catch in the third inning right before crashing into the wall of the New York bullpen. Sale walked the next batter, Maybin, and then Romine, the No. 9 hitter, homered into the Monster Seats to make it 2-0.

But Bradley made a costly error in the seventh.

After running in to make a basket catch on Gregorius' blooper to center with the bases loaded, Bradley noticed that Luke Voit had left first base and was almost at second. What Bradley failed to notice: first baseman Mitch Moreland wasn't covering the bag. Bradley's throw to no one went into the dugout, allowing two runners to score.

Yankees: LHP CC Sabathia (right knee) went on the injured list, a day after allowing five runs and nine hits in 4 1/3 innings against the Red Sox. "Been a little cranky. Hopefully the time out will be good for him," manager Aaron Boone said before the game. Sabathia also went on the IL for problems with the knee at the end of May. ... Boone said OF Brett Gardner (left knee) could be ready to return on Friday, when he is eligible to come off the IL.

Yankees: Off on Monday before hosting a two-game series against Arizona. J.A. Happ (8-5) will pitch the opener, followed by Masahiro Tanaka (7-6).

Red Sox: After an off day on Monday, begin a three-game series against the Tampa Bay Rays. David Price (7-4) starts the opener against Charlie Morton (12-3).