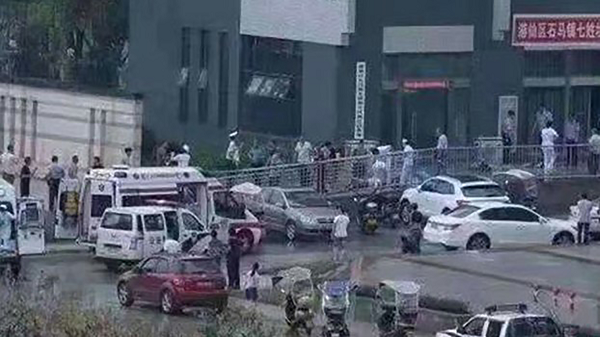 According to the announcement made Sunday (July 28), nearly 20 communists were injured in the explosion, along with one individual suspected to be the attacker. Police have not disclosed a motive, although it is suspected the individual held a grudge against the local CCP for many years.

The incident reportedly occurred on the first floor of a building that is currently under construction. Local CCP cadres organized a meeting in the building in preparation of its opening, which is when the attack occurred.

CNA reports that five people, including the attacker, have been wounded seriously, while the other 15 injuries are minor and not life-threatening. Law enforcement officials are conducting an investigation into the incident. Reports suggest that some local citizens may have been angry with the local government over being forced to give up their property for various development projects in the area.