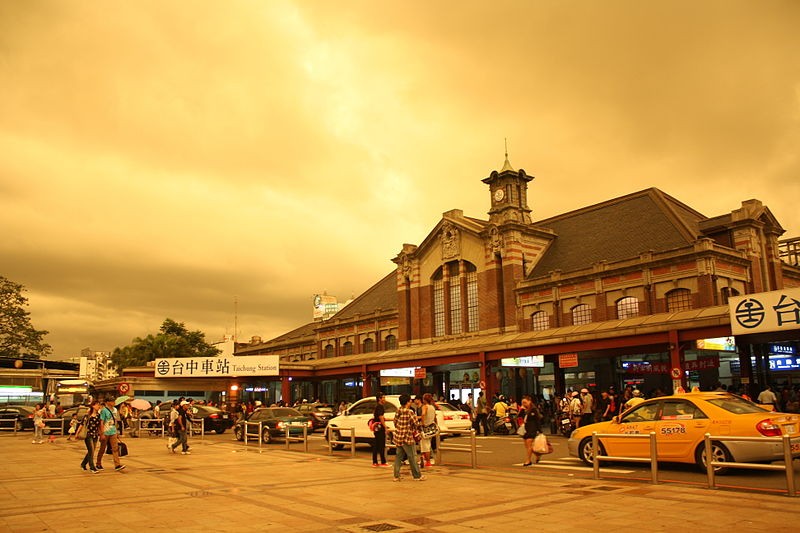 TAICHUNG (Taiwan Today) -- Taichung is revitalizing its old downtown quarters created a century ago as a commercial and living space abutting the central Taiwan city’s former main station. In October 2016, the facility built during Japanese era (1895-1945) gave way to a new one constructed as part of a Taiwan Railways Administration elevated line project.

According to Egaruok Chang, head of the 2014-established Taichu Renaissance Association, building a sound discourse and reasonable interpretation for heritage restoration programs in Taichung starts from the beginning of urban modernization under Japanese rule. A city born from railways is the best way to describe the metropolis, he said. “The rise of Taichung in the early 20th century goes hand in hand with the completion of the train network in the western part of Taiwan,” Chang said. “Nearby Changhua was traditionally a more prosperous commercial center given its once-thriving port in Lukang Township, but this gradually changed as the harbor silted up and Taichung Station opened in 1917.”

These changes saw Taichung eventually dominate economic and political life in central Taiwan. “There is no question urban development in the city closely tracks Taiwan’s railway expansion in the modern age,” Chang said.

The close connection between Taichung and train transportation is the basis on which Taichu is cooperating with like-minded groups and local government units to preserve the old tracks in a 1.6-kilometer section around the former station. Crisscrossed with cycling and walking paths, the area links to a number of historic structures and green spaces in the neighborhood. Bike paths wind through the 1.6-kilometer section around the former main rail hub in Taichung. (Courtesy of Taichung City Government)

Among other features, the flood-prone nature of the site necessitated the original laying of tracks at a level rarely seen in other downtown areas in Taiwan. “This is something many locals instantly recognize and reflect fondly upon,” Chang said. “Taichu can rightfully take credit for helping preserve an intangible aspect of Taichung’s collective memory.”

Halting the uncoupling of emotional connections between residents and idle historic structures and facilities is almost as important as physical restoration work. “Irrelevance is the enemy of all,” Chang said. “A beautiful cultural asset has almost no value if it exists outside the everyday lives of the people.”

The guiding philosophy of Taichu is to avoid perpetuating a cycle of rebirth and rapid decline. “We want to rescue an old space while showcasing the city and its place in the bigger scheme of Taiwan’s development,” Chang said. (E) (By Pat Gao) A resplendent building is one of many eye-catching historical features near the old Taichung Station. (Taiwan Today photo)