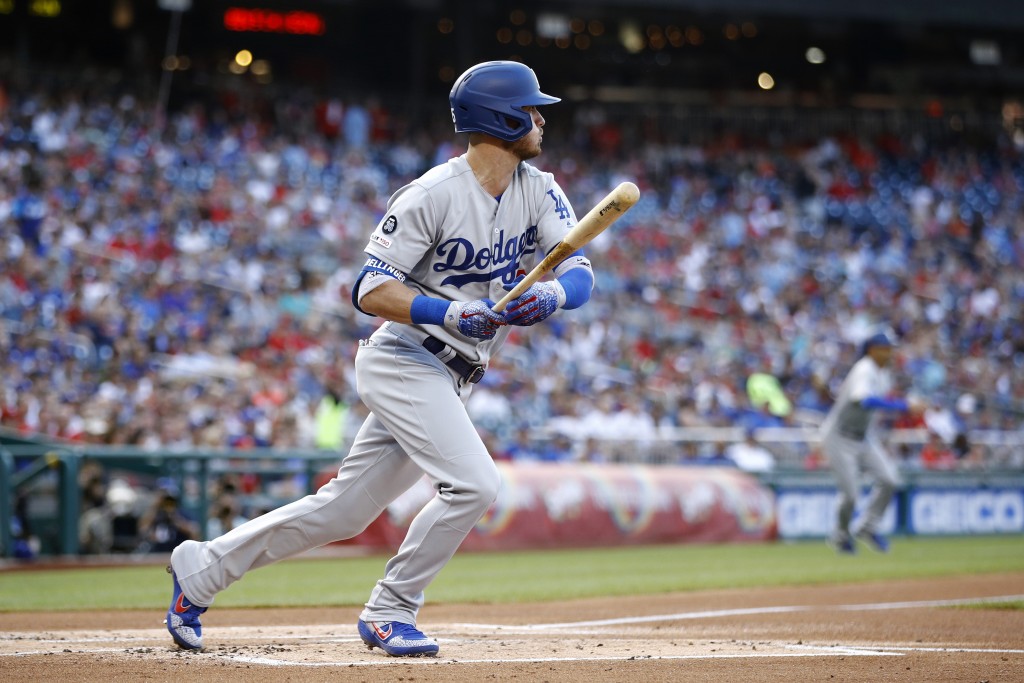 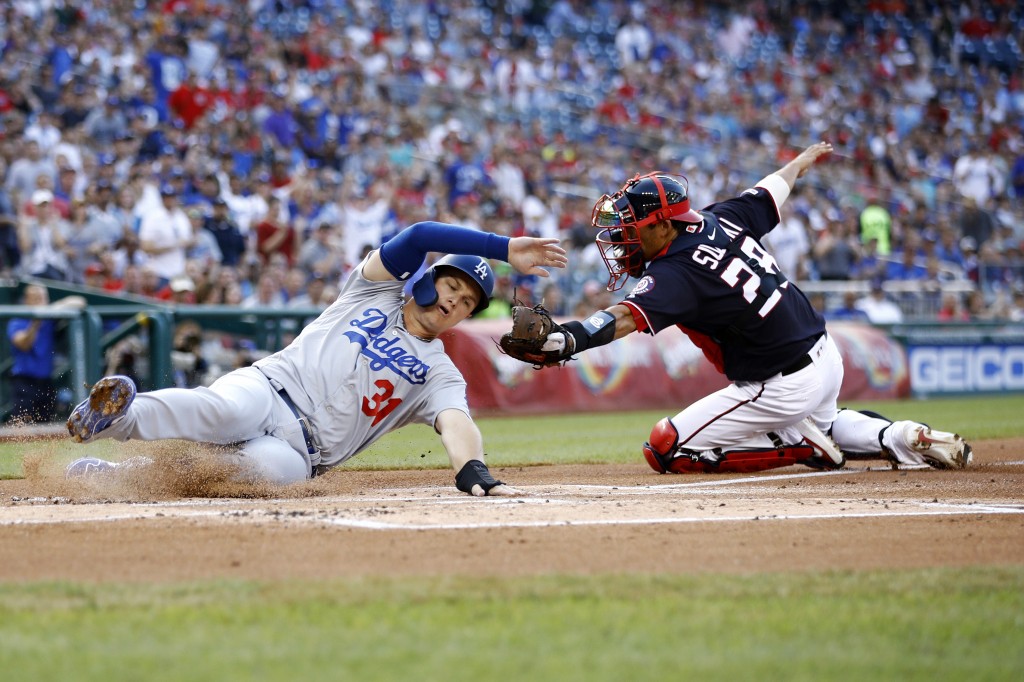 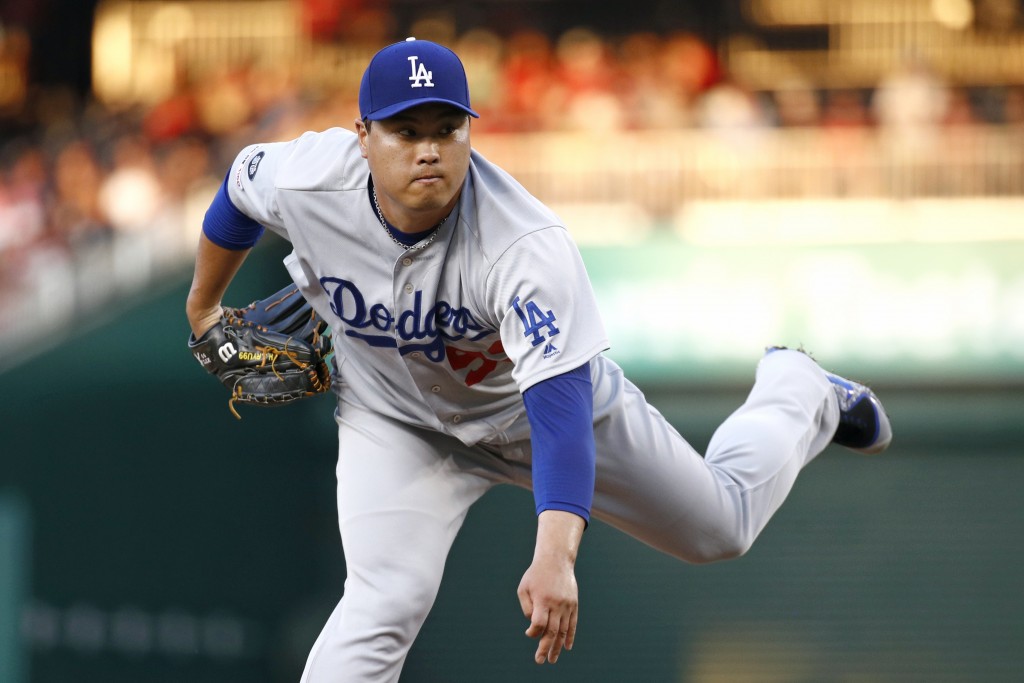 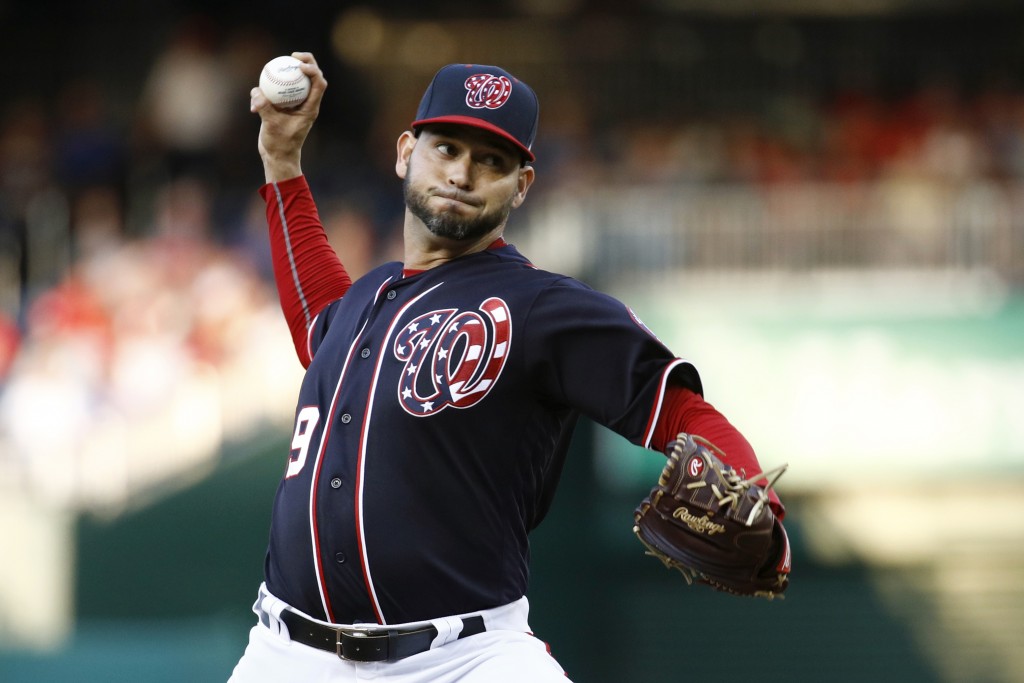 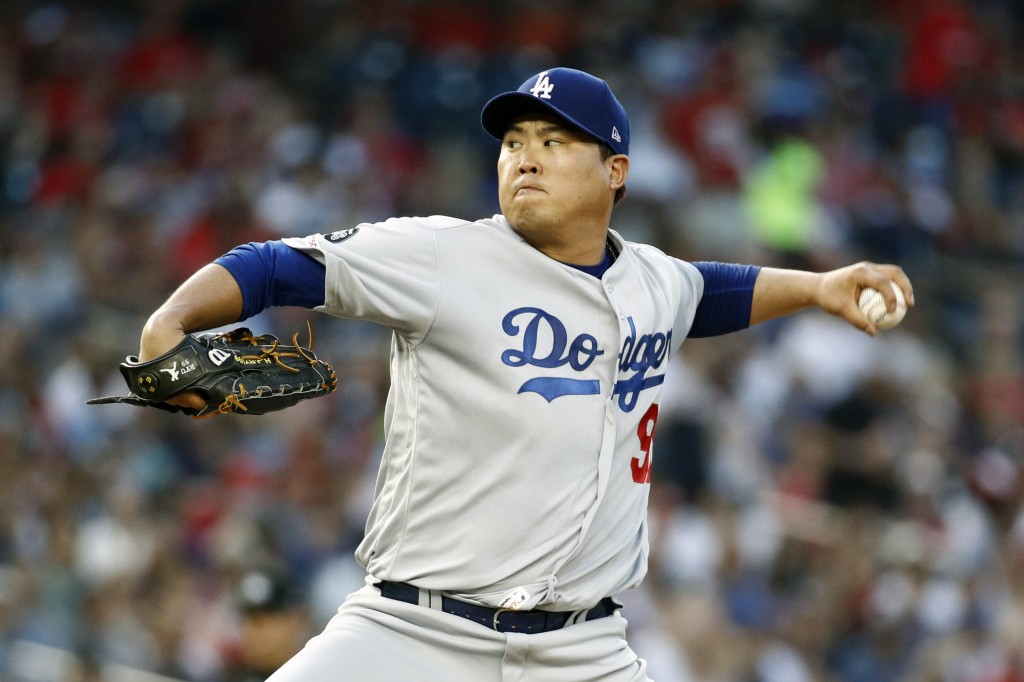 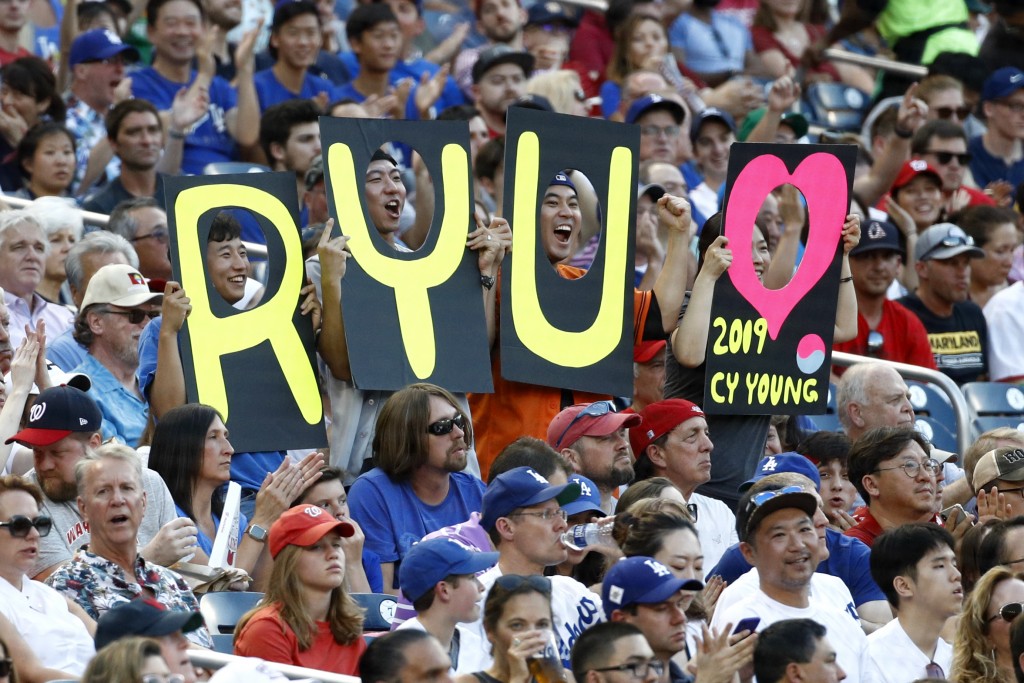 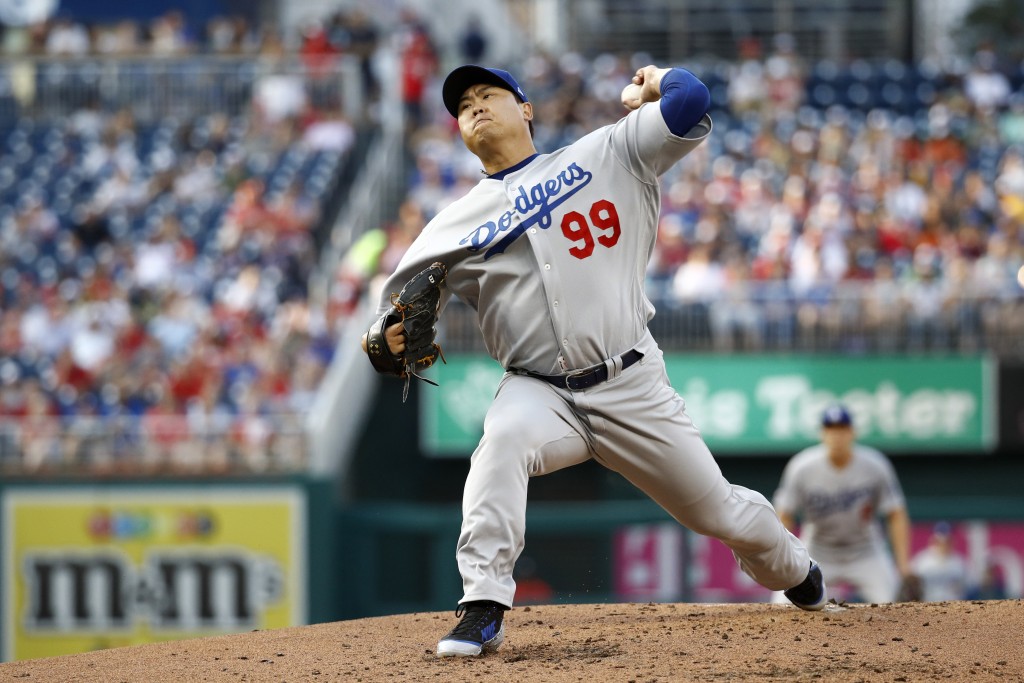 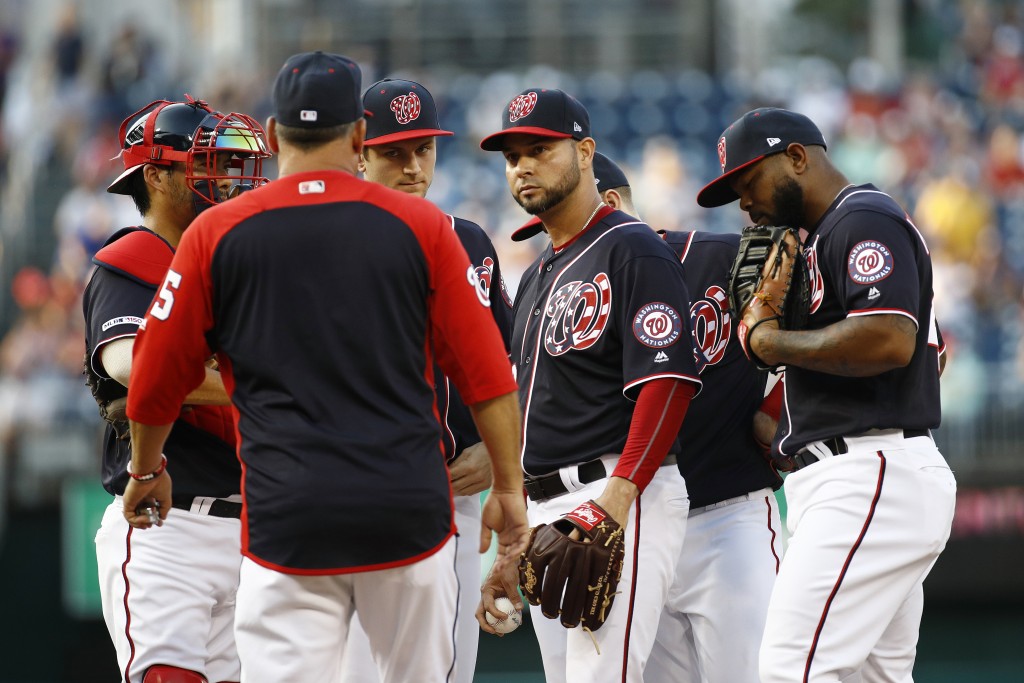 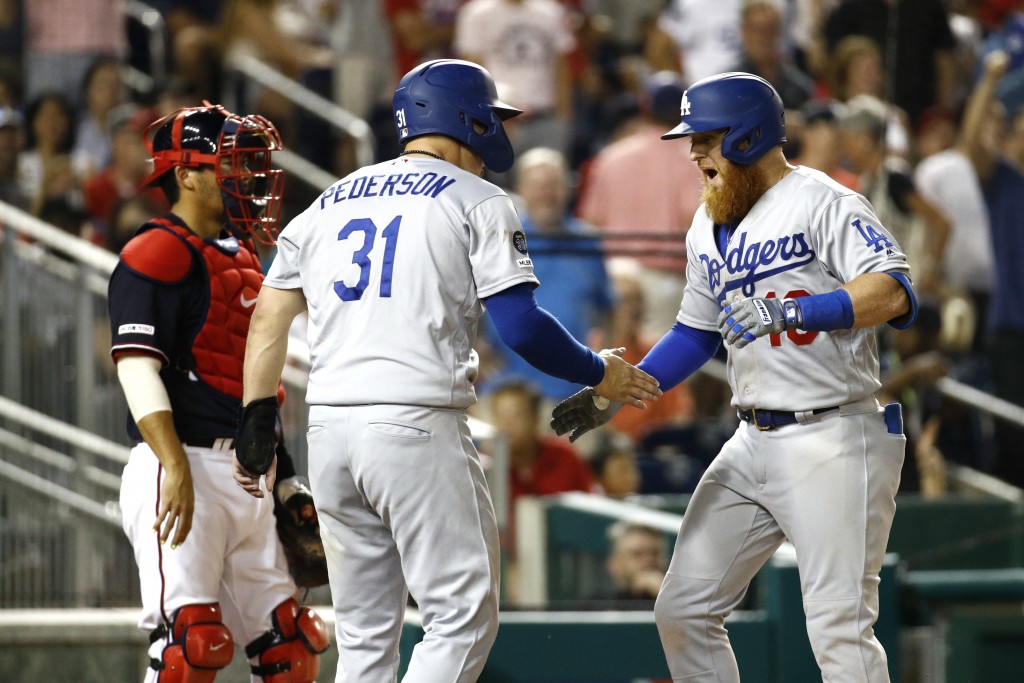 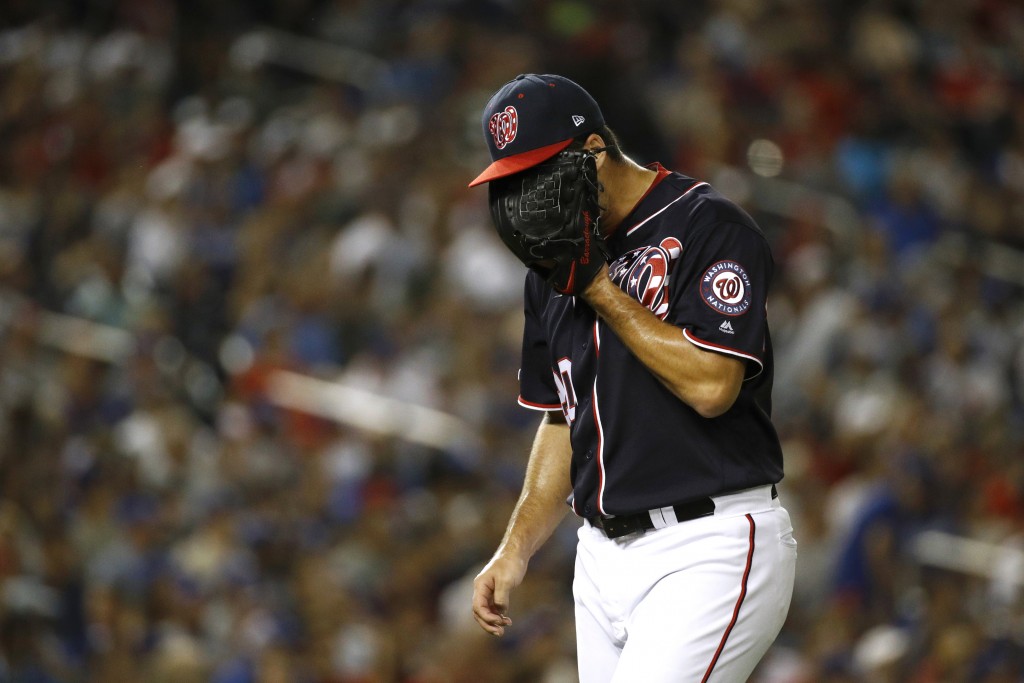 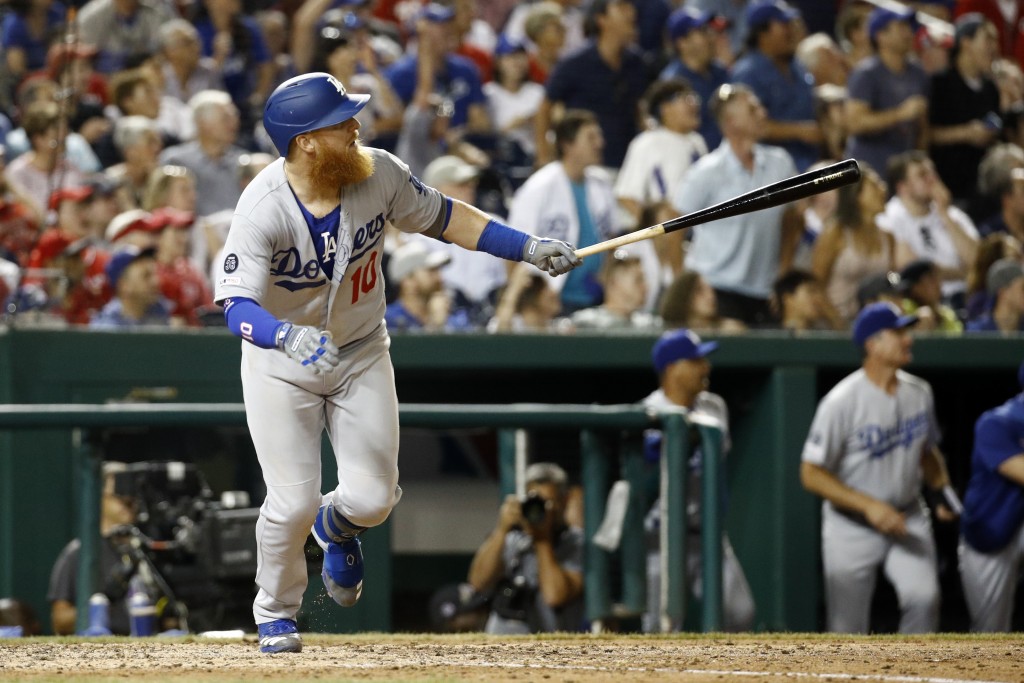 WASHINGTON (AP) — Justin Turner hit a two-out, three-run homer in the eighth inning and the Los Angeles Dodgers beat the Washington Nationals 4-2 on Friday night to open a three-game series.

After the Nationals had retired 22 straight batters, reliever Tony Sipp (1-2) walked Joc Pederson and then gave up a single to Alex Verdugo before exiting with two outs in the eighth. Kyle Barraclough, who was recalled earlier on Friday from Double-A, came in and immediately gave up the Turner blast to center field. Turner has 15 homers this season.

Joe Kelly (4-3) retired Anthony Rendon to end the seventh while Kenley Jansen walked home a run before striking out Howie Kendrick with the bases loaded in the bottom of the ninth to earn his 25th save of the season.

The NL West leading Dodgers snapped a two-game losing streak, while the Nationals lost back-to-back games for the first time since June 22-23 against Atlanta.

The Dodgers took a 1-0 lead in the first on Cody Bellinger's RBI single into shallow center field. It was the Dodgers' third single of the inning but their last hit until the eighth.

The Nationals tied it at 1-all in the seventh on Adam Eaton's bases-loaded RBI single that scored Victor Robles. Pinch-hitter Gerardo Parra, who reached on a sacrifice bunt and fielding error by Turner, was thrown out at the plate by Alex Verdugo. The Nationals challenged the call and whether catcher Russell Martin had blocked the plate, but the call was upheld after video review.

Nationals: RHP Max Scherzer had an MRI on his back Friday morning that revealed a mild strain. Scherzer received a stem cell shot and will not throw for two days but hopes to make his next scheduled start on Tuesday against Atlanta. . Barraclough was recalled from Double-A Harrisburg while outfielder Andrew Stevenson was optioned to Triple-A Fresno. Barraclough (right radial nerve irritation) was placed on the 10-day injured list June 16 before being optioned to Harrisburg on July 9 where he made five appearances.

Nationals: Washington has yet to name a starter.