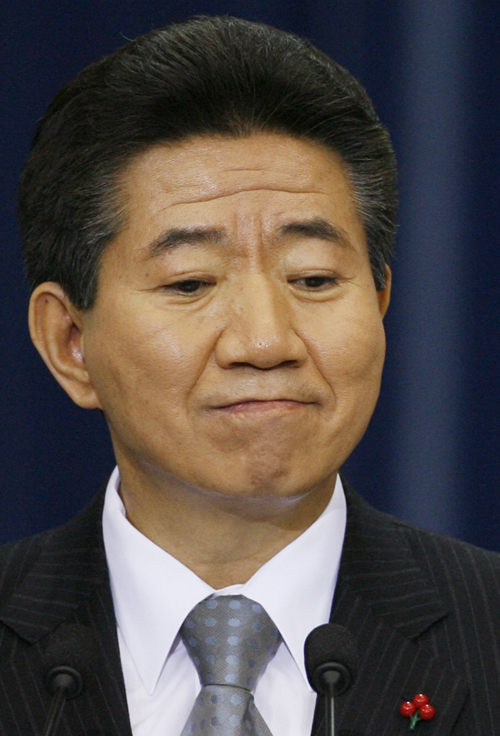 South Korean President Roh Moo-hyun urged Japan's prime minister yesterday to refrain from visiting a controversial war shrine, saying worshipping there would endanger ties between the two countries.
Speaking at his annual news conference, Roh noted how he refused to meet Japan's former Prime Minister Junichiro Koizumi because he had continued to pay respects at the Yasukuni Shrine that honors convicted war criminals.
Since taking office last year, Koizumi's successor Shinzo Abe has avoided visits to the Tokyo shrine.
"I hope that (Abe) will refrain from visiting the Yasukuni Shrine," Roh said. "Not just me personally, but the people of Korea as a whole will use that as a yardstick in Japan-Korea relations."
Abe visited Roh in Seoul shortly after taking office, and the two leaders have also met at other regional gatherings.
The shrine visits number among a series of historical disputes between Seoul and its former Japanese colonial masters. The two also have also argued over Japanese textbooks that critics say gloss over wartime atrocities and a set of islets controlled by South Korea that are still claimed by Japan.
"Japanese leaders have to show a sincere attitude," Roh said. "I don't think that we should whitewash Japan's history."
Roh recently proposed that the sides could together come up with a mutually acceptable title for the body of water between them - known as the East Sea in Korea and the Sea of Japan by Japanese - and instead refer to it by a shared name, such as the "Sea of Peace" or "Sea of Friendship."
He said yesterday that he hoped the two sides could compromise on the issue.
Meanwhile, Roh said South Korea sympathizes with Japan on the plight of its citizens abducted by North Korea, but that the issue shouldn't become a diversion at international talks on Pyongyang's nuclear programs.
North Korea has admitted to abducting 13 Japanese citizens in the 1970s and 80s and allowed five to return home in 2002, claiming the others had died. Japan has sought more information and many there doubt the North's claims.
Japan has repeatedly raised the issue at international talks aimed at ending North Korea's nuclear programs, but the North insists it has already been addressed.
"We commiserate with the position of the Japanese government," Roh said.
The North is also allegedly holding hundreds of South Koreans, but Seoul has refrained from publicly pressing the issue out of concern of damaging inter-Korean reconciliation.