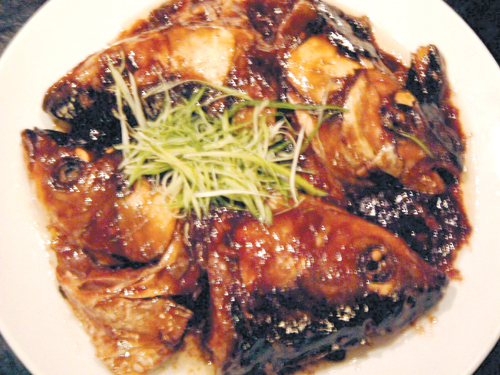 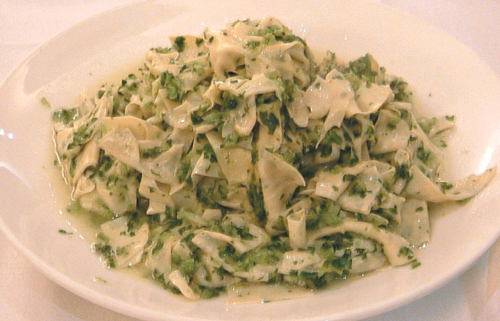 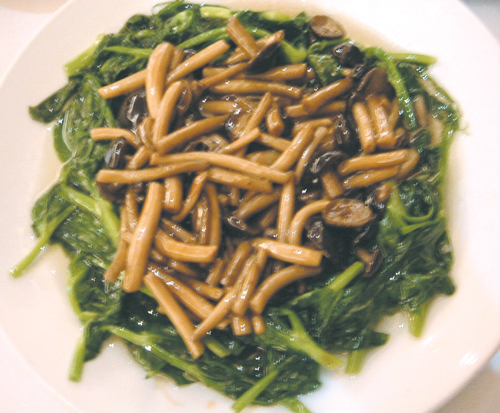 Are you in the mood for Kiangsu-Chekiang cuisine? Let your palate travel to the rich coastal provinces north and south of the Yangtze.River by simply dining in style at the Magnolia Court on the second floor of the Sun World Dynasty Hotel Taipei (formerly of the Holiday Inn chain).
The refined cuisine has been dominated by Shanghainese dishes since the 19th century. But cities like Hangzhou, Nanjing, Suzhou, Yangzhou and Ningpo have nonetheless contributed their own culinary characteristics.
Food tends to be rich. Thick sauces accompany many dishes of high culinary design. Application of oil sets dishes afloat. Some dishes are salty.
If you are thinking of approaching the cuisine like a true gourmet, check out the fish dishes on the menu. An expert on this regional cooking is likely to tell you that fish lips soup, red cooked fish chins, as well as stewed fish head and tail are not exactly a lot of trouble to eat without much reward. In fact, these specialties of the cuisine should be relished when the opportunity presents itself.
Fish chins, which are prized by Chinese gourmets for the sliver of meat by the gills, are highly recommended as piece de resistance at the Magnolia Court. The fish in thick soy sauce is absolutely delicious. Take your time to clean out whatever meat is on the braised fish. Each piece is priced at NT$150. A minimum of two pieces must be ordered.
The Kiangsu-Chekiang cuisine has a lot of eel dishes. The small swamp eel can be fried Ningpo style. Boned strips of shanyu are deep-fried and then stir-fried with ginger and other seasonings. Eel is arranged on the platter and sprinkled with finely chopped garlic. As the dish arrives at the table, a small amount of hot oil is poured over it to seal the flavor of garlic into the eel. Stir-fried eel at the Magnolia Court costs NT$480 per order.
Hsueh li hung, a green winter vegetable, mixes well with beancurd sheets in a typical appetizer dish. An order for four persons costs NT$240. The pickled snow vegetable is chopped. Squares of beancurd are then introduced. Soy sauce and other seasonings add flavor to the food.
Hsueh li hung has a descriptive Chinese name, which can be translated as "red in the snow" or "flourish in the snow" depending on the Chinese character for "hung" used.
Although the Chinese have taken to calling it "red in the snow," it is also simply known as hsueh tsai or snow vegetable. This well-loved vegetable is used a lot in Shanghai dishes - in soups, dumplings or simply fried with pork.
Pigs' intestines are much appreciated in the Kiangsu-Chekiang region. The Magnolia Court serves them braised with water chestnuts for NT$360 per order. Again, four can share this appetizing dish.
Pork chops go well with pumpkin sliced with skin intact in another delicious recipe. Everything is allowed to rest on a bed of leafy vegetables in a steamer. The price per order is NT$320.
Wash down the hearty meal with braised ham soup. Bamboo shoots and seasonal vegetables are ingredients added to produce a food delight. The price for a bowl of soup is NT$460. Again, four can feast on one order.
Yin ssu chuan or silver thread rolls (NT$65 per order) are simply steamed or deep-fried after steaming, This bread pulls apart into thin threads. A fancy restaurant like the Magnolia Court can serve them as a substitute for the rice.
Dessert options are tempting. Sweet mashed taro with gingko nuts costs NT$100 per order. Pancakes with red bean, lotus or date pastes are scrumptious. A dish for four is worth NT$240.
The Magnolia Court with an area of 360 square meters can accommodate a total of 120 diners. The public area can seat 50 persons. The Bund Area for a la carte dining has room for 40 guests while the Bund Area for catering has space for as many as 70. There are two VIP rooms: Pudong for 8 to 12 guests and Puxi for 10 to 15 diners.
The Sunworld Dynasty Hotel Taipei is located at 100 Dunhua North Road in Taipei. For more information about the Magnolia Court, call (02) 2715-2277 ext. 3532 or 3518.