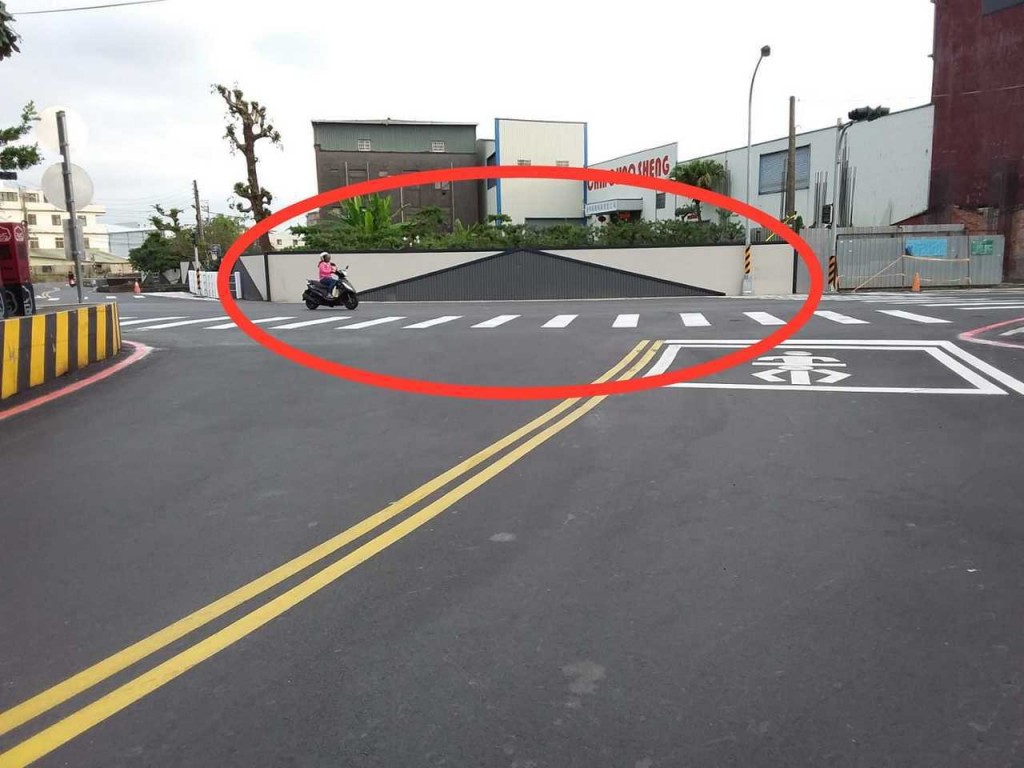 TAIPEI (Taiwan News) -- A recently built factory wall at a fork in the road in Taichung City has many residents concerned it could cause an accident because it inadvertently creates the optical illusion that there is a road straight ahead,

The unintentional piece of 3D "art," is located at the intersection of Fengnan Street Lane 240 in Taichung City's Fengyuan District and Xianghe Road in the city's Tanzi District. The base color of the wall is white with a dark gray geometric pattern painted on top.

From a distance, the dark gray triangle on the white background provides the perfect 3D illusion that there is a wide road going straight ahead, far into the distance. Local residents soon became worried that the mesmerizing design would cause motorists to keep plowing forward and crash into the wall.

On her Facebook page, Chang wrote, "The wall's design looks too much like 3D art, and at night it could easily mislead people into hitting the wall." On his Facebook page, Liu concurred by writing, "Hey, owner of the factory, your wall design is too artistic! It looks as if the road goes straight. When using the road, please pay attention to traffic safety. Don't collide with the wall!"

Netizens were also very concerned about the weird wall:

"This is not a joke! It's dangerous."

"Who would be responsible once an accident happens? This is really not a joking matter. People's lives are at stake."

"At night, this could be deadly."

"People not familiar with the road could easily smash into it."

"This could kill someone! Don't think just because you're doing art you shouldn't pay attention to safety."

"Going straight at night could lead straight to heaven." 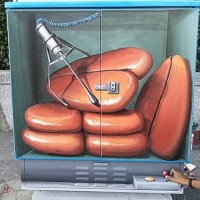 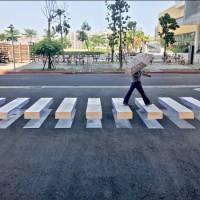 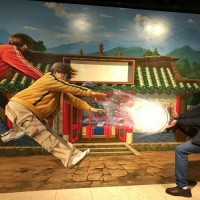 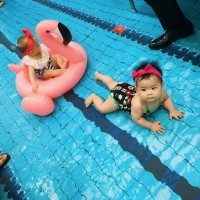 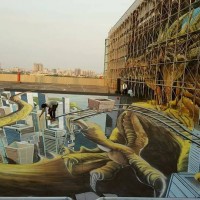