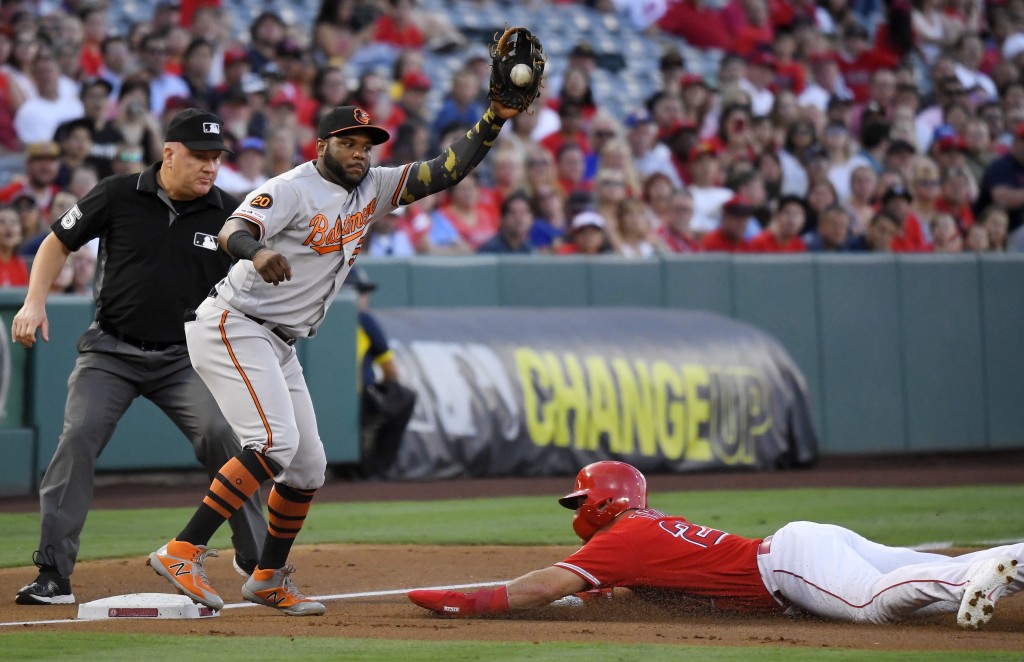 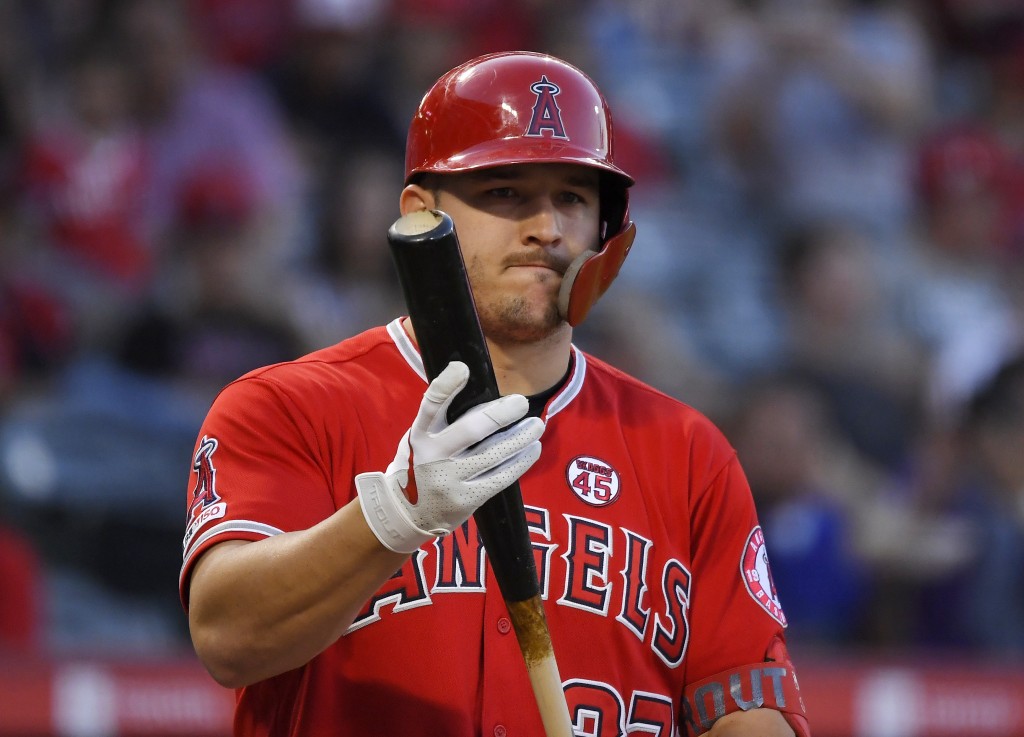 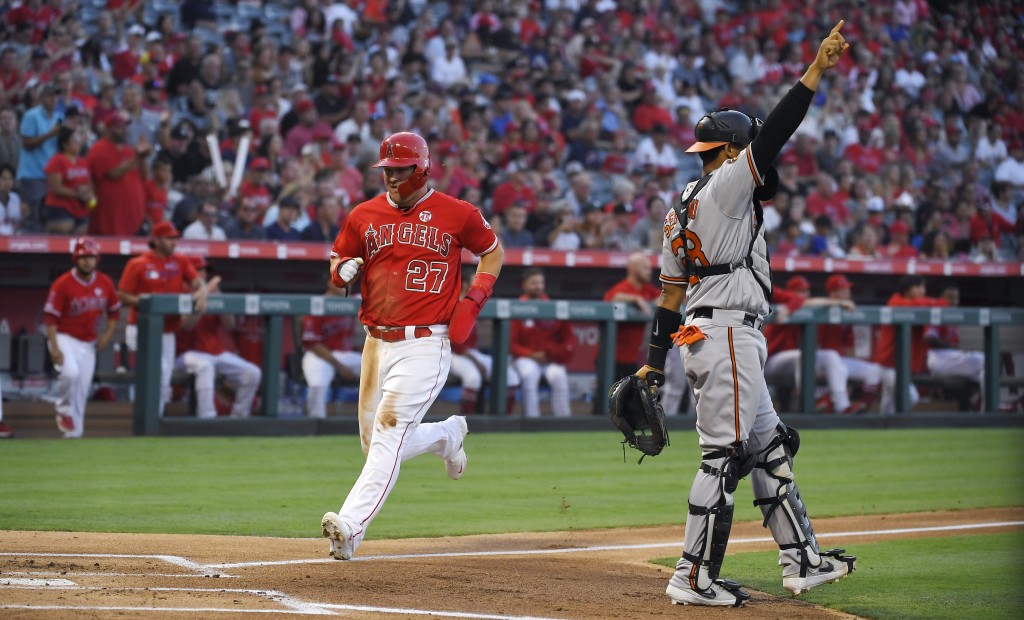 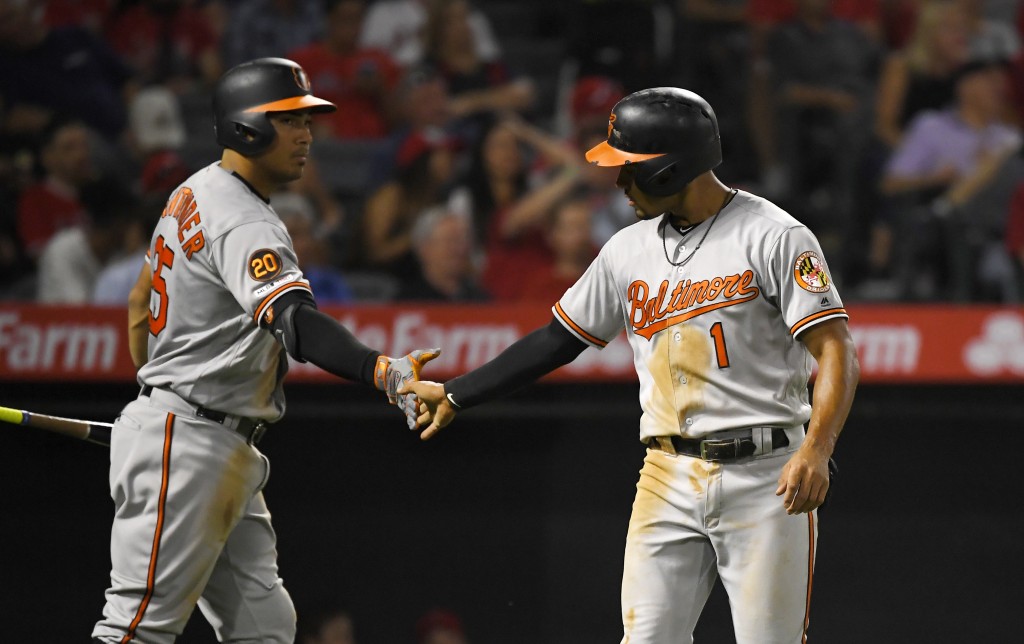 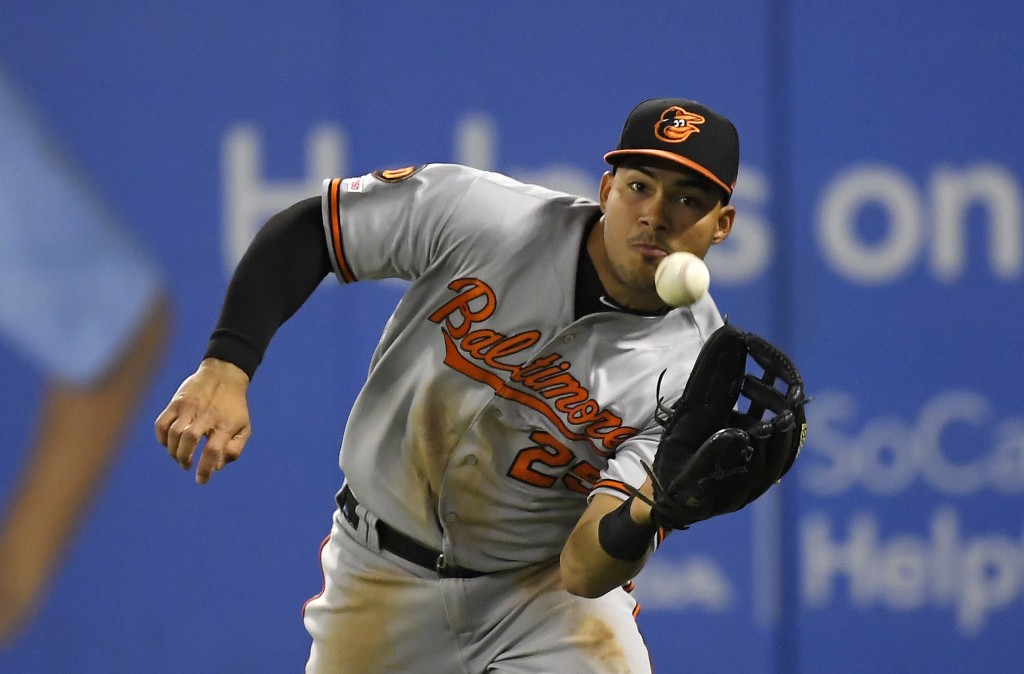 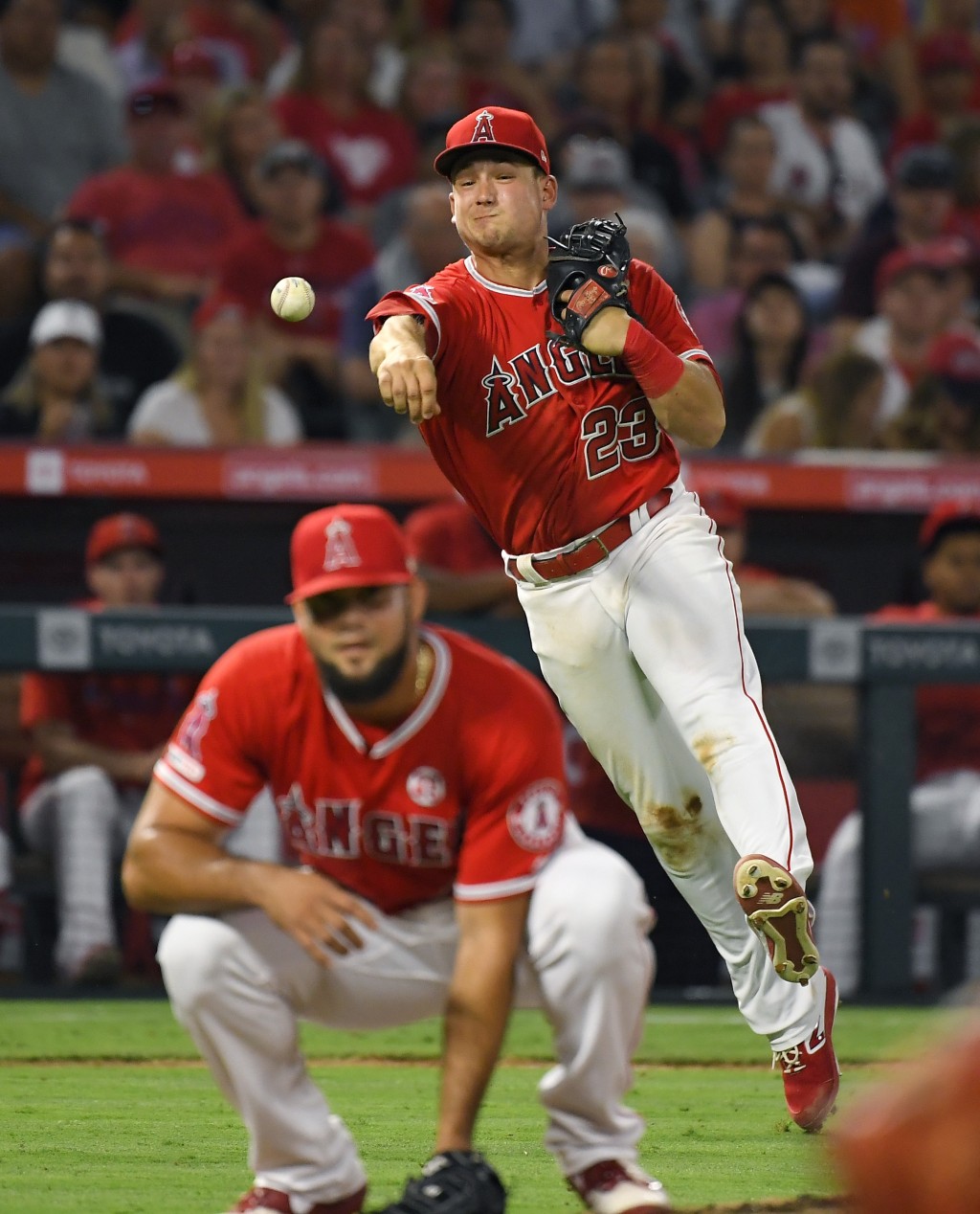 ANAHEIM, Calif. (AP) — Jonathan Villar hit a two-run homer in the 16th inning and Stevie Wilkerson became the first position player in major league history to earn a save as the Baltimore Orioles recovered from blowing a three-run lead in the 15th for a wild 10-8 victory over the Los Angeles Angels early Friday.

Wilkerson came in from center field for the 16th as the Orioles' 10th pitcher. His lobs to the plate clocked in the mid-50s (mph) on the radar gun, but he got three straight outs in the final weirdness of a remarkable night at Angel Stadium.

Villar, playing shortstop, saved Baltimore in the 15th when he cut down the potential winning run at the plate with a relay throw home on Mike Trout's two-run double that tied it at 8. The play was reviewed and the out call upheld — just after 4 a.m. at the replay center in New York.

Villar then connected off Griffin Canning (3-6), the Angels' 10th pitcher and their scheduled starter for Friday's game before this series opener spiraled into a mess that lasted 6 hours, 19 minutes.

Both teams blew multi-run leads, and the Angels came within a desperate tag of walking off on Trout's bases-loaded double off Tanner Scott (1-0) in the bottom of the 15th. David Fletcher tried to score from first, but was called out on a bang-bang play at the plate.

Instead, Villar hit the latest go-ahead homer in Orioles franchise history off Canning, who yielded five runs in two innings.

The last-place Orioles rallied from a late two-run deficit and eventually snapped the Angels' four-game winning streak, with the final out recorded just before 1:30 a.m.

Baltimore also improved to 1-62 when trailing after seven innings this season, while the Angels dropped to 46-1 when leading after seven.

The game seemed much simpler three hours earlier when the Angels were up 4-2 heading to the eighth inning after Kole Calhoun's three-run double. But Trey Mancini put Baltimore up 5-4 with a homer in the ninth before Brian Goodwin tied it in the bottom half with a one-out homer of his own.

And after five scoreless extra innings at Angel Stadium, the teams scored three runs apiece and resolved nothing in the bizarre 15th.

Baltimore went up 8-5 in the top half with a rally highlighted by a two-run single from Jace Peterson, who was making his major league season debut.

But the Angels improbably answered — and came within a whisker of walking off.

Albert Pujols led off with a single against Scott before the Halos drew three walks to force in a run. Trout then drove a double down the left field line to tie it, but Fletcher was narrowly tagged out at home on a razor-thin call after an extensive video review.

The Angels were in fine form heading into the opener of a key seven-game homestand against Baltimore and Detroit, the teams with the AL's two worst records. A dominant week at Angel Stadium would boost Los Angeles' chances of getting into the wild card race with two months to go.

But now they'll have to try it with their pitching staff in disarray for the next two days.

Pujols beat out an infield single in the seventh for his 3,155th career hit, passing George Brett for sole possession of 16th place in baseball history.

TITAN ON THE MOUND

Baltimore rookie Tom Eshelman entered in the third and pitched 4 1/3 innings of four-hit ball in his fourth big league appearance. Eshelman is a native of Carlsbad, California, who played down the street from Angel Stadium at Cal State Fullerton.

Angels: C Jonathan Lucroy will begin a rehab assignment Friday. He hasn't played since Houston's Jake Marisnick gave him a concussion and a broken nose in a collision at the plate right before the All-Star break.

The Angels will have some scrambling to do on the mound after Canning had to pitch in this game. They will face Baltimore's Asher Wojciechowski (1-3, 3.91 ERA), who pitched 7 1/3 brilliant innings of scoreless 10-strikeout ball against Boston last week to get his first win of the season.