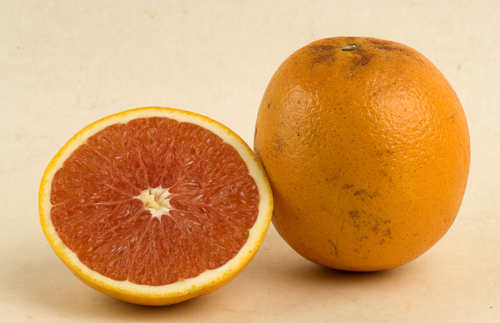 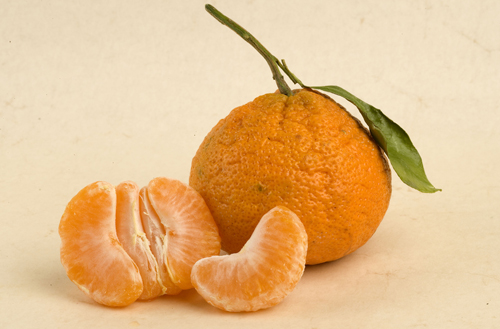 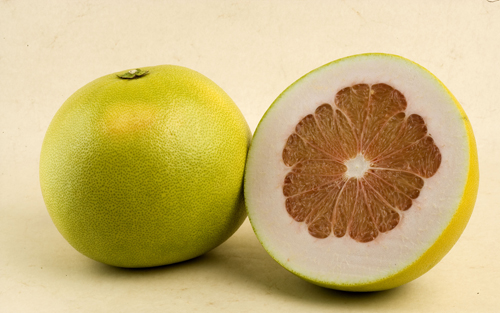 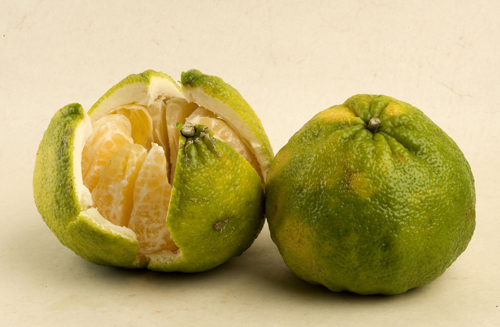 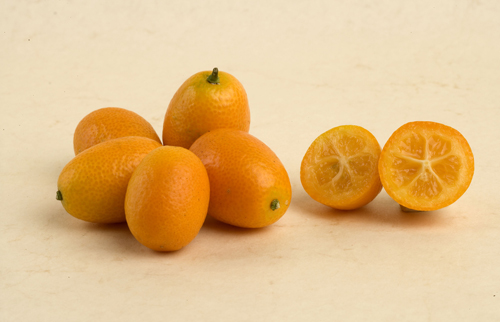 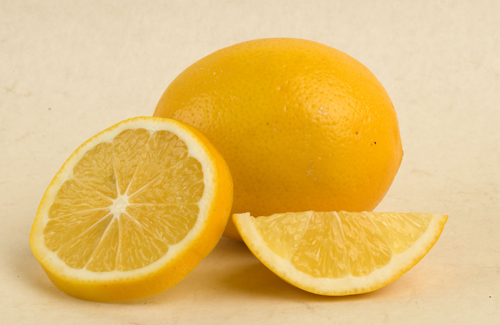 Citrus plays a role in the new international language of food, providing a colorful, flavorful bridge to Latin, Asian and Mediterranean cuisines. But we're not just talking the ubiquitous navel oranges, grapefruits and limes found year-round in the supermarket. The produce aisle now stars some unfamiliar faces, from Meyer lemons to Japanese yuzu to the aptly named ugli fruit.
December through February are peak months of the citrus season and today's global transportation network ensures there is plenty with which to experiment. Don't worry, you won't be alone. Top chefs around the country are routinely pushing the citrus boundaries, with the cooking magazines following right behind them, said Susan Pollack, an agricultural economist with the U.S. Department of Agriculture's Economic Research Service.
"The promotional part is coming from a lot of chefs," she said.
In turn, the chefs say they're inspired by the global range of produce now. Just ask Dan Smith and Steve McDonagh, Chicago-based caterers, restaurateurs and stars of the Food Network show, "Party Line with The Hearty Boys." The "new" citrus is all about "the world getting smaller and smaller," Smith said.
Executive chef Kristine Subido of Chicago's Wave restaurant agreed.
"People are getting more exposed to different foods and different cuisines," she said. Citrus "is readily available and it's a no-fuss product."
"Citrus is used a lot more now than ever before," said Allen Susser, the Aventura, Florida-based chef whose 1997 "The Great Citrus Book" introduced Americans to such little-known specimens as the gou tou sour orange, the baboon lemon and the multi-fingered Buddha's hand citron.
Orange remains the top-selling citrus item in the U.S., with nearly a 40 percent share of the citrus market by volume, according to statistics provided by The Perishables Group, a Chicago-based independent consulting firm specializing in produce. But the items that enjoyed the greatest volume growth from 2005 to 2006 were white grapefruit (32 percent) and clementines (28 percent).
The Perishables Group notes clementines make up 25 percent of the mandarin/tangerine subcategory. Spain is the major grower and exporter of clementines, selling US$158 million worth in 2004, according to Foods of Spain, an arm of the Trade Commission of Spain. But Pollack noted California is entering the clementine market.
Clementines are the most widely known member of a class of citrus described as "seedless, easy peelers" by Claire Smith, director of corporate communications for Sunkist Growers Inc., the cooperative representing 6,000 citrus growers in California and Arizona. She said these "easy peelers" are growing in popularity and the growers are responding by planting more trees.
Why the upsurge?
"First of all, there's the flavor," Susser said. "People are realizing there are different varieties of citrus besides lemon, limes and grapefruits."
"People are looking for Japanese satsumas or Spanish clementines," he added. "Kaffir lime is being used, yuzu is being used," he said, referring to aromatic lime leaves often found in Southeast Asian foods, notably Thai, in the first instance and a sour Japanese citrus in the second. "Pomelo is still a bit of a sleeper, but I see its use growing."
Pomelo, the botanical ancestor of the grapefruit, comes from Southeast Asia. It is the "caviar of citrus," Susser explained. "When you chew into it the juice sacs pop in the mouth."
The pomelo may not remain a sleeper for long. Claire Smith said pomelo is becoming a big selling item because the fruit is especially popular among the country's growing Asian population.
Playing with new fruit
Experimenting with unfamiliar citrus isn't difficult, Susser said. Use tangerine instead of orange, a Meyer lemon in place of the usual Lisbon or Eureka lemon found in the market.
"You can make a real easy transition without shaking the citrus tree," he said.
Flavor is the operative word.
Subido said that the various varieties of "new" citrus being used now have more complex flavors and can be used in so many ways, from cooking to pickling to preserving.
At Wave, she grates the zest of Buddha's hand into pastries for the sweet lemon flavor and aroma. She serves raw ahi tuna slices with fennel, pomegranate and blood orange. She noted that the blood oranges she has been receiving lately are beautifully colored and full of "sweet, deep flavor."
Gale Gand, executive pastry chef of Tru and other restaurants, buys a case of three or four different citrus fruits for her home. Kumquats are her favorite.
"With most citrus, the peel is inedible and the juice is sweet," she said. "With kumquats, the peel is sweet and the juice is the tart part. You can eat them whole."
Gand makes a confit with kumquats, setting them up in syrup. The kumquats are used in mousses or garnitures while the syrup adds a shot to cocktails.
Keeping it simple
In choosing citrus, the rules are relatively simple.
"Truthfully, the only 'don't' is don't use the pith because it is bitter," Dan Smith said. "As with all produce, when you go to the market ... you've got to touch it, squeeze it and smell it. The fruit should give a little but not be mooshy-mooshy."
His favorite among the so-called new citrus?
"I'd say ugli fruit," he replied, "because it's ugly, it's unusual and because it's a challenge. You look at it in the store and wonder what to do with it."
He uses it to make sorbet and sauces, many of which are savory.
"I like to do an ugli fruit sauce, like a beurre blanc," he said.