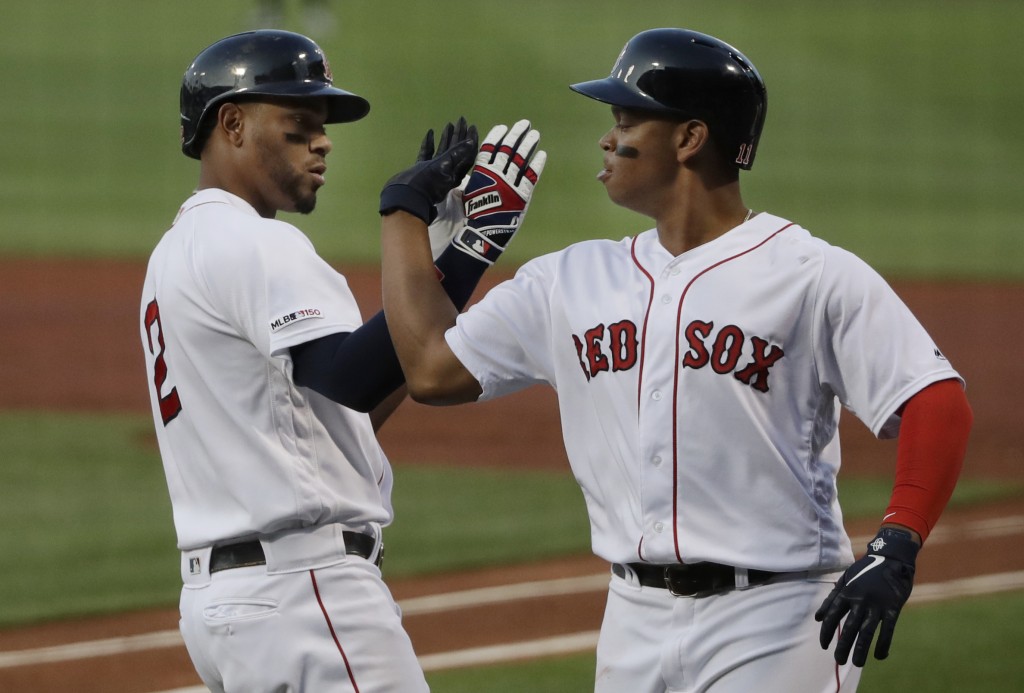 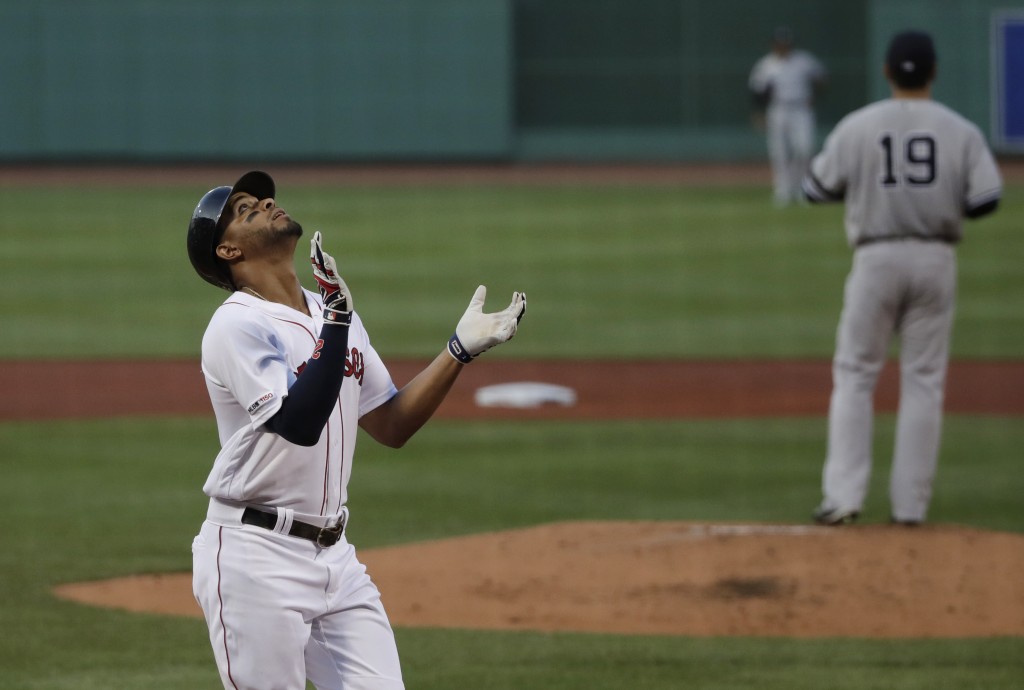 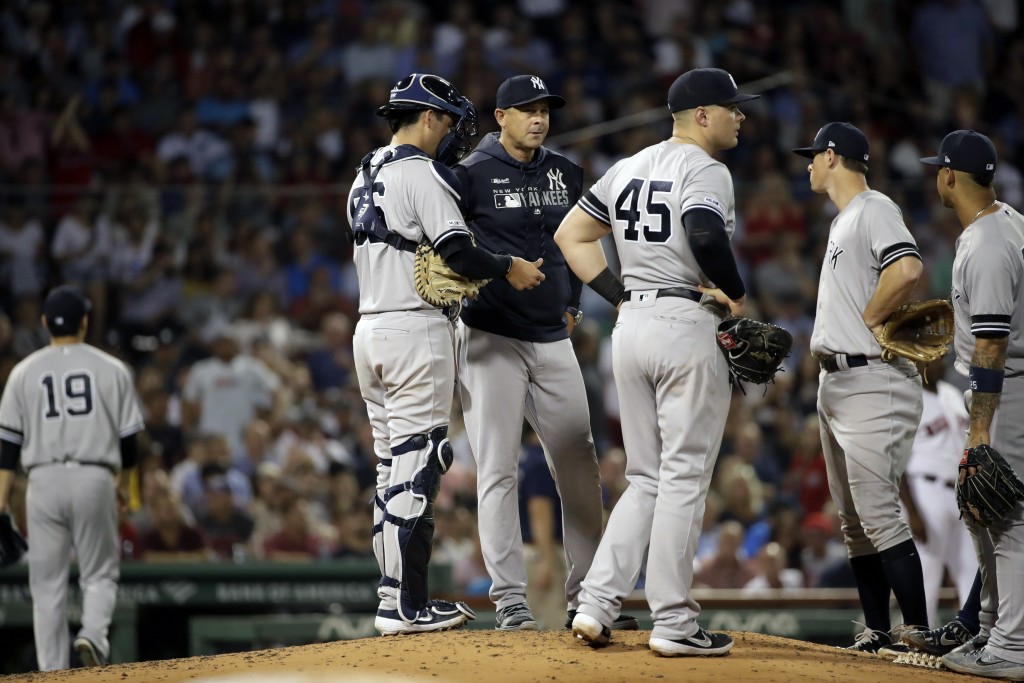 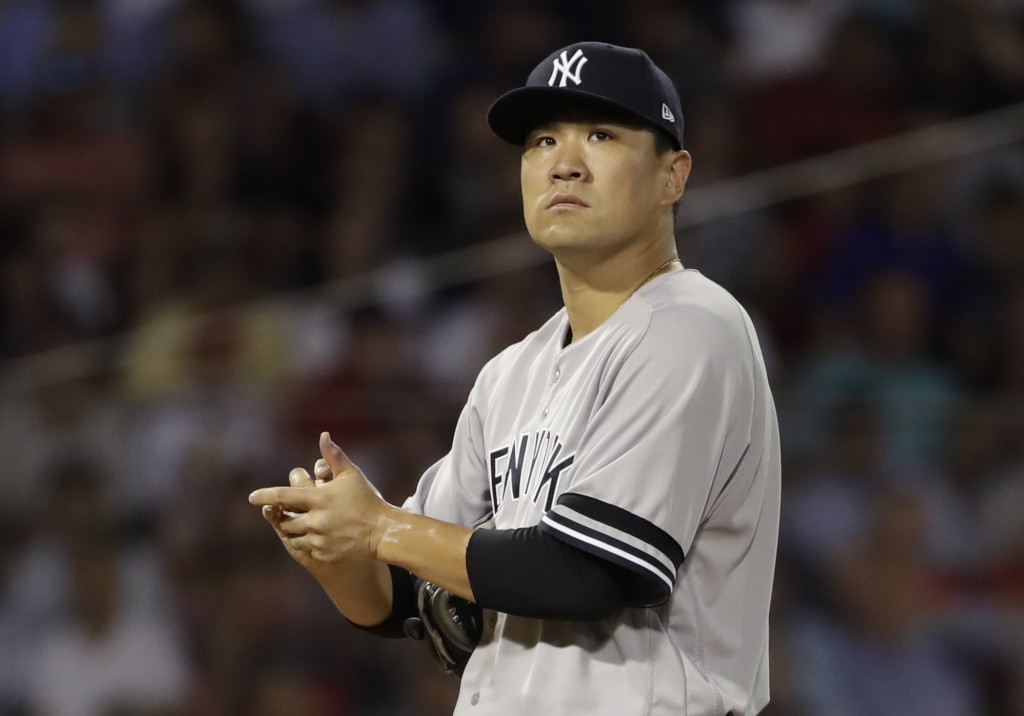 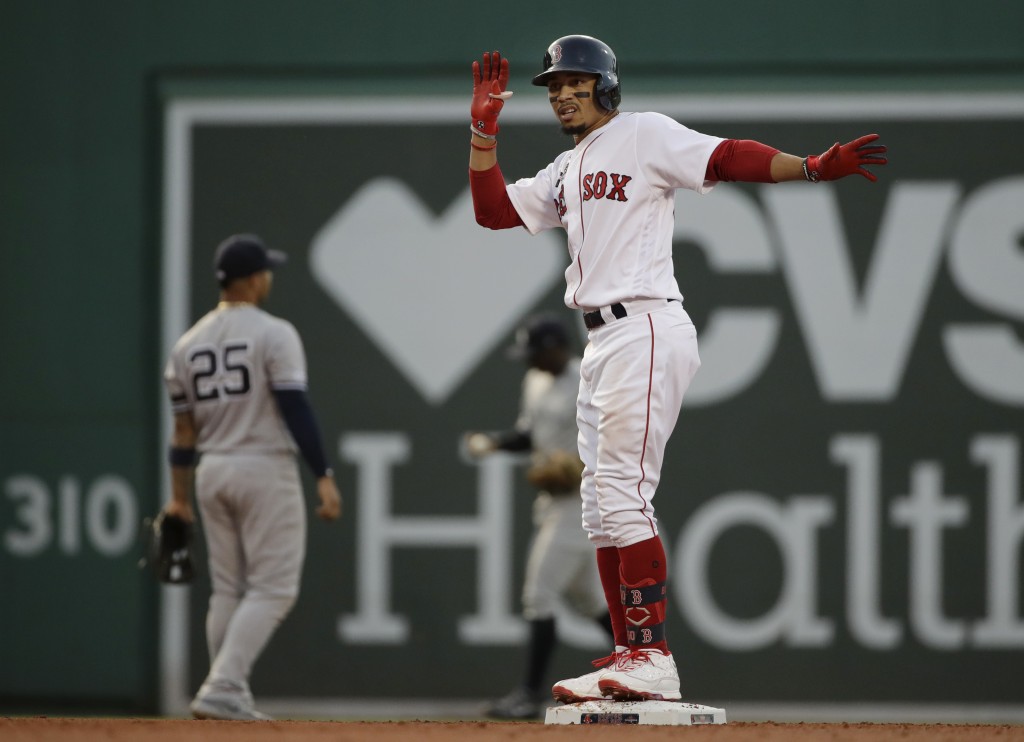 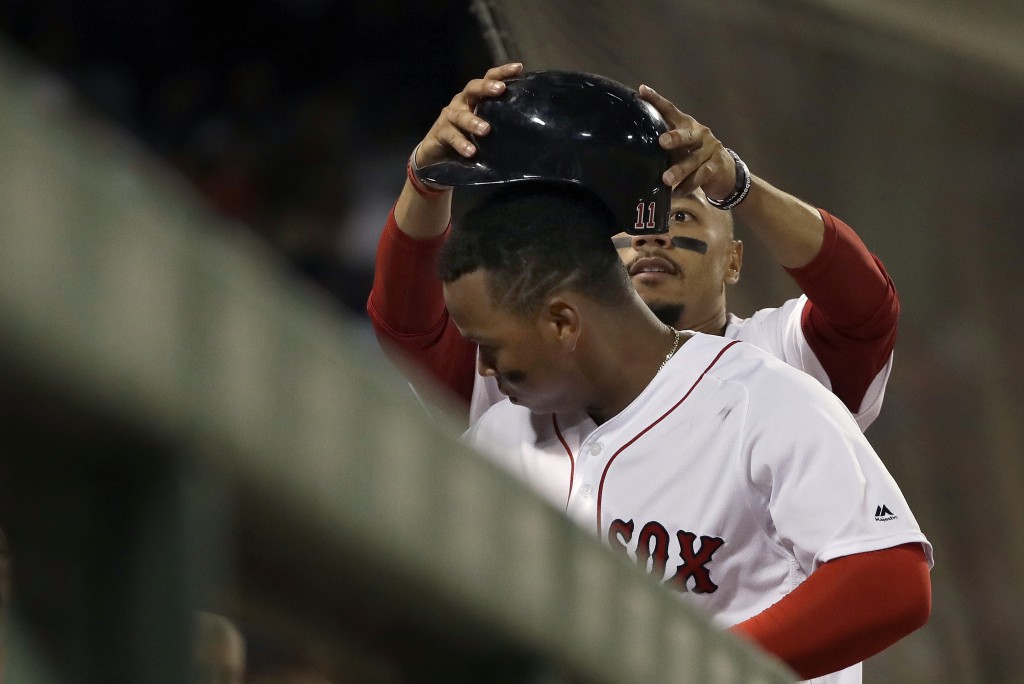 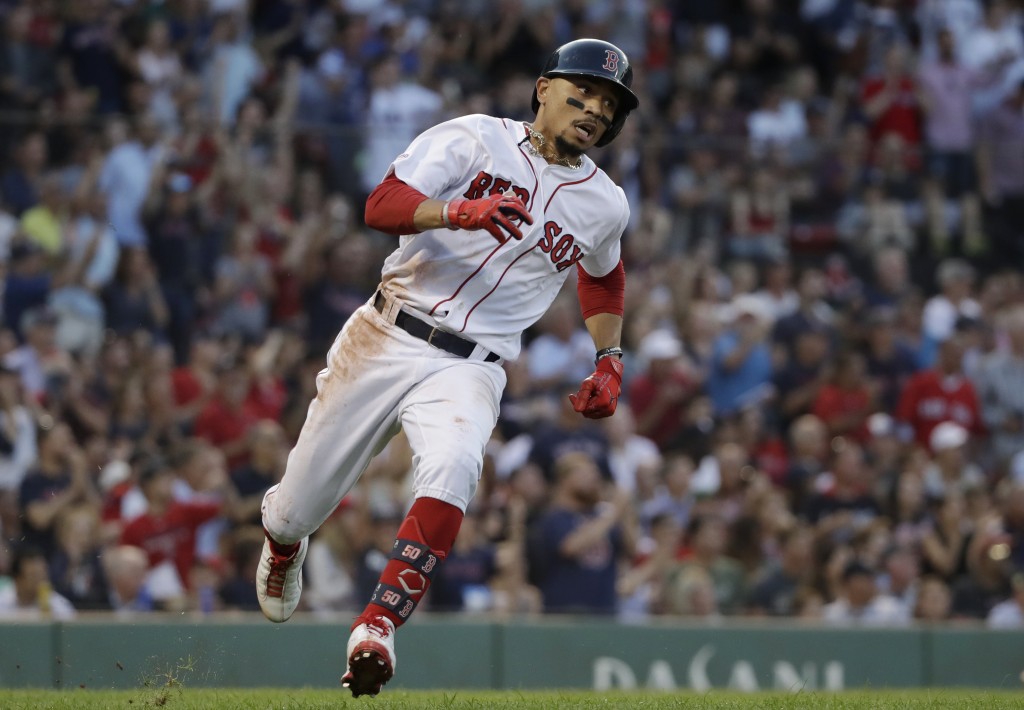 BOSTON (AP) — Xander Bogaerts hit a three-run homer in a seven-run first inning, then added a solo shot in the eighth as the Boston Red Sox put a historic pounding on the AL East-leading Yankees, beating New York 19-3 on Thursday night in the opener of their four-game series.

The 19 runs were the most scored by the Red Sox against the Yankees in the 117-year history of the rivalry.

Bogaerts had four hits, and Andrew Benintendi and Jackie Bradley Jr. had three apiece. Bradley, Michael Chavis and J.D. Martinez each had two of Boston's 10 doubles.

Rick Porcello (9-7) had his problems, giving back two runs in the top of the second after being spotted a 7-0 lead. Kyle Higashioka added a solo homer in the fifth to make it 12-3. But the Red Sox right-hander managed to finish six innings, allowing three runs on six hits while striking out five and walking one.

Porcello is 4-1 in his last six starts despite giving up 30 runs in 29 innings.

The series against the Yankees is the start of a seven-game homestand against New York and Tampa Bay and part of 14 straight against the two teams leading Boston in the division. Despite winning two of three in St. Petersburg, Florida, the Red Sox returned home a season-high 11 back in the AL East.

Tanaka, who had won four straight decisions, walked Mookie Betts to lead off the bottom of the first and walked Rafael Devers before Bogaerts hit a 451-foot homer over the Green Monster and onto Lansdowne Street below.

He allowed three singles to load the bases and, with two outs, Bradley and Betts hit back-to-back two-run doubles to make it 7-0. Devers homered to lead off the five-run fourth, when Boston chased Tanaka.

Stephen Tarpley wasn't much better, giving up three runs in the fifth and another in the sixth. Sandy Leon hit a two-run homer in the eighth, then Bogarts followed with his second of the night; this one failed to reach Lansdowne Street only because it clipped the billboard above the Monster.

Devers leads all of baseball with 31 RBIs in July and is the youngest Red Sox player with a 30-RBI month since Ted Williams in August 1939. ... The Red Sox have scored eight or more runs in four consecutive games against the Yankees for the first time since 1912, the year Fenway Park opened.

Deivi Garcia made his third start for Triple-A Scranton/Wilkes-Barre as he bids for a big-league callup. The 20-year-old right-hander entered the game with 124 strikeouts in 76 2/3 innings.

Yankees: OF Brett Gardner was placed on 10-day IL with left knee inflammation, retroactive to Monday. ... LHP Stephen Tarpley recalled from Triple-A. . OF Cameron Maybin (left calf strain) made a rehab appearance in Triple-A and went 4 for 5 with a homer and a double. Manager Aaron Boone said Maybin is expected to play nine innings in the field on Friday.

Red Sox: RHP Andrew Cashner (9-5) makes the start for Boston as he tries to earn his first victory with the Red Sox since he was acquired from Baltimore in a trade. He's 2-5 with a 3.96 ERA in 10 starts against the Yankees.