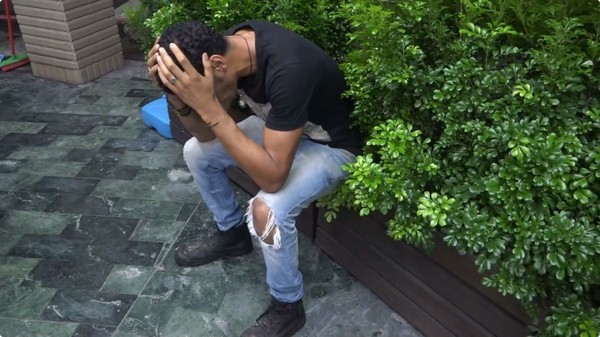 TAIPEI (Taiwan News) -- An Egyptian man was arrested early this morning (July 26) after he was suspected of starting a fire at the Rui Feng Night Market in Kaohsiung.

At 2 a.m. this morning, the Zuoying Precinct of the Kaohsiung Fire Department was alerted to a fire at Rui Feng Night Market which had reportedly been started by an irate man who had dumped out gasoline and ignited it, reported CNA. Firefighters and police quickly arrived on the scene.

According to witnesses on the scene, a 38-year-old Egyptian man who was running an Egyptian-style Shawarma stand at the night market suddenly started shouting at other vendors, reported EBC. He then grabbed a gasoline container and emptied it on a walkway between stands and set it alight before fleeing the scene. Police found that the suspect had emptied a canister of gasoline on the market's Third Street. The fire spread to an area which was about six meters long and 20 centimeters wide, but the fire had burned itself out by the time firefighters arrived on the scene and no injuries were reported, according to CNA.

Police found the man hiding in a nearby supermarket on Minglun Road, arrested him, and brought him in for questioning, reported EBC. Local vendors told police that he had been in a bad mood because he felt he was being unfairly squeezed out by competing vendors.

When he was arrested, the man immediately said, "sorry," in English, reported UDN. According to his business partner, as they were closing down their stall, they saw a large number of cockroaches and he tried to kill them with the flames. He claimed the whole incident was a misunderstanding.

Although it was closing time when the man started the fire, there were still some vendors and customers nearby, who were frightened by his actions. After being questioned by police, the man was transferred to the Kaohsiung District Prosecutors Office on charges of committing arson (縱火罪). 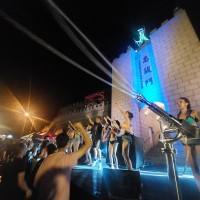