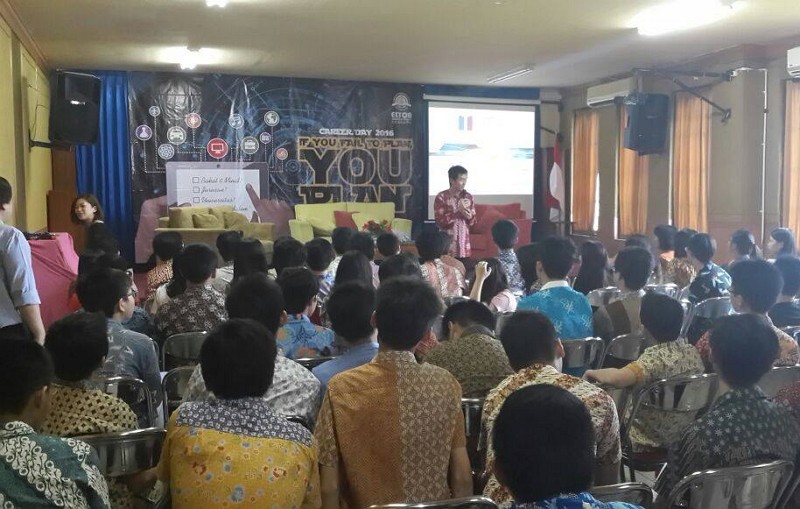 This is the the third such center Taiwan has opened in Indonesia.

To increase the enrollment of Indonesian students at Taiwan's schools and promote the visibility of Taiwan's tertiary education, the MOE has also established Taiwan Education Centers at Krida Wacana Christian University in Jakarta and Airlangga University in Surabaya.

UMY President Gunawan Budiyanto said he was pleased to see Taiwan set up an education center at the university, adding that UMY maintains longstanding cooperative ties with many universities in Taiwan and its students will now be able to obtain first-hand information about studying there.

He also expressed hope that UMY and the center will promote academic exchanges in the future to make the university an international education hub in Central Java.

Chen said the focus will be on promoting Taiwan's high quality tertiary education and Chinese language teaching in Central Java, while also assisting Indonesian schools or institutions at all levels offer Chinese language courses, stepping up efforts to recruit Indonesian students to study in Taiwan and enhancing academic exchanges between the two countries.

During the opening ceremony, Ou Shu-fen (歐淑芬), head of the education division of Taiwan's representative office in Indonesia, signed a memorandum of understanding (MOU) with Gunawan to enhance bilateral exchanges and cooperation.

In the 2018-2019 school year, 11,812 Indonesian students were studying in Taiwan, making the country the fourth largest source of international students nationwide, the office said, adding that the establishment of the Taiwan Education Center will help attract more Indonesian students, increase Taiwan-Indonesia exchanges and further build the brand and reputation of "Study in Taiwan."