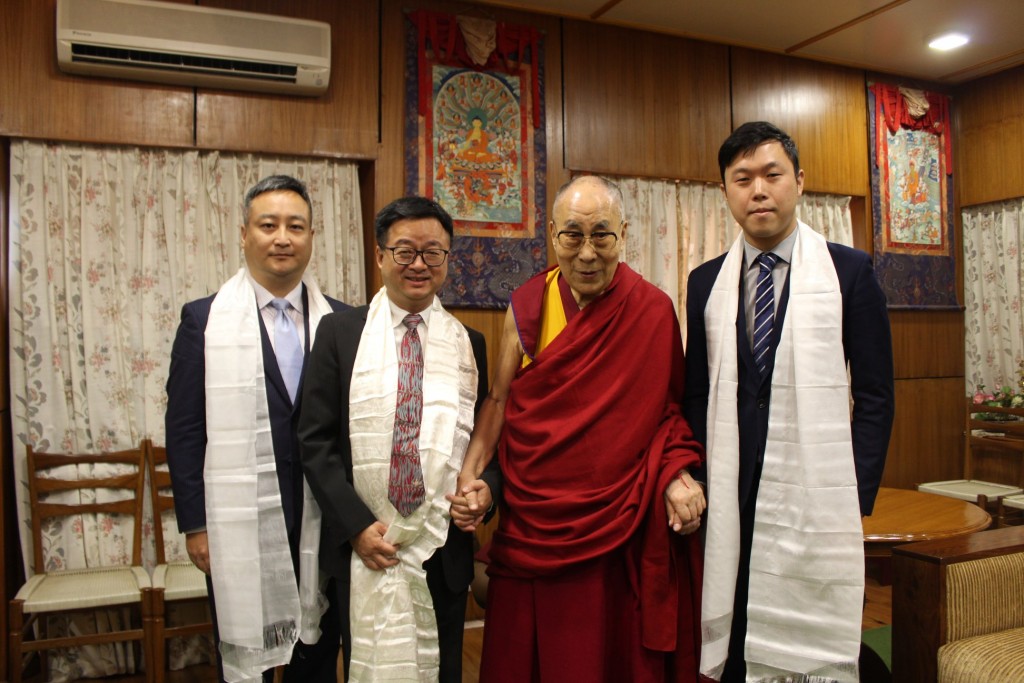 Luo led a DPP delegation to the Dalai Lama’s residence and the headquarters of the Tibetan administration, from July 17-19. Luo told the Voice of Tibet that he represented DPP Chair Cho Jung-tai (卓榮泰) to express the party’s best wishes to the Dalai Lama, who celebrated his 84th birthday on July 6.

Luo said during the meeting with the Dalai Lama that despite coercion from the Chinese government, the DPP would continue to safeguard Taiwan’s democracy. He added that he hoped other nations would do the same.

“We have shared values, and common threats. But because we share the same faith, we can work together,” Luo said. He added the Dalai Lama emphasized the importance of democracy in Taiwan and believes freedom is the island’s most valuable asset.

Asked if the Taiwan government will invite the Dalai Lama to visit the country, DPP Spokesperson Lii Wen (李問) said the party will “respect the willingness of his Holiness.”

Through a Facebook post on Thursday (July 25), the secretary-general said he had conveyed DPP’s support to Tibetans striving for democracy and freedom, when meeting with Lobsang Sangay last week.

In March, the DPP mobilized a march in Taipei to commemorate the 60th anniversary of the Tibetan Uprising Day.