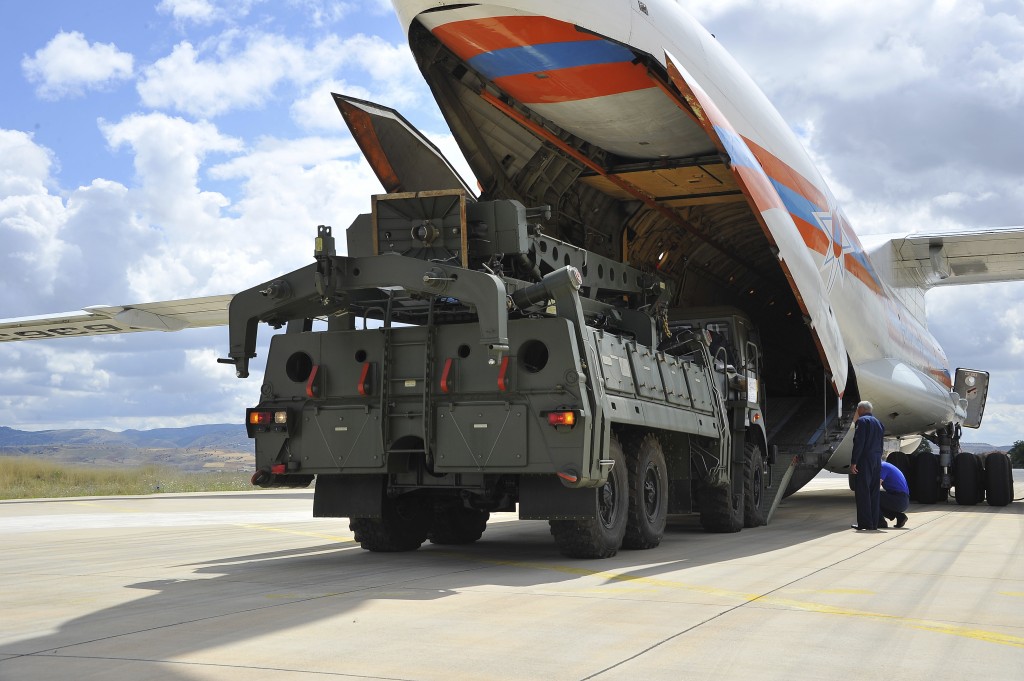 ANKARA, Turkey (AP) — Turkey's military says the first phase of the delivery of the Russian-made S-400 missile defense systems has been completed.

The military said the delivery of a "first group" of components ended on Thursday. A second group of components is due to begin arriving in the capital Ankara soon.

Russian cargo planes have so far made 30 flights to Ankara since July 12 to deliver the system.

Turkey took delivery of parts of the S-400 despite strong objections from the United States, which had been pressing Turkey to cancel the deal with Russia.

The United States says the Russian system is incompatible with NATO and poses a threat to the U.S.-led F-35 fighter jet program.

Washington suspended Turkey from the F-35 program and could impose sanctions.