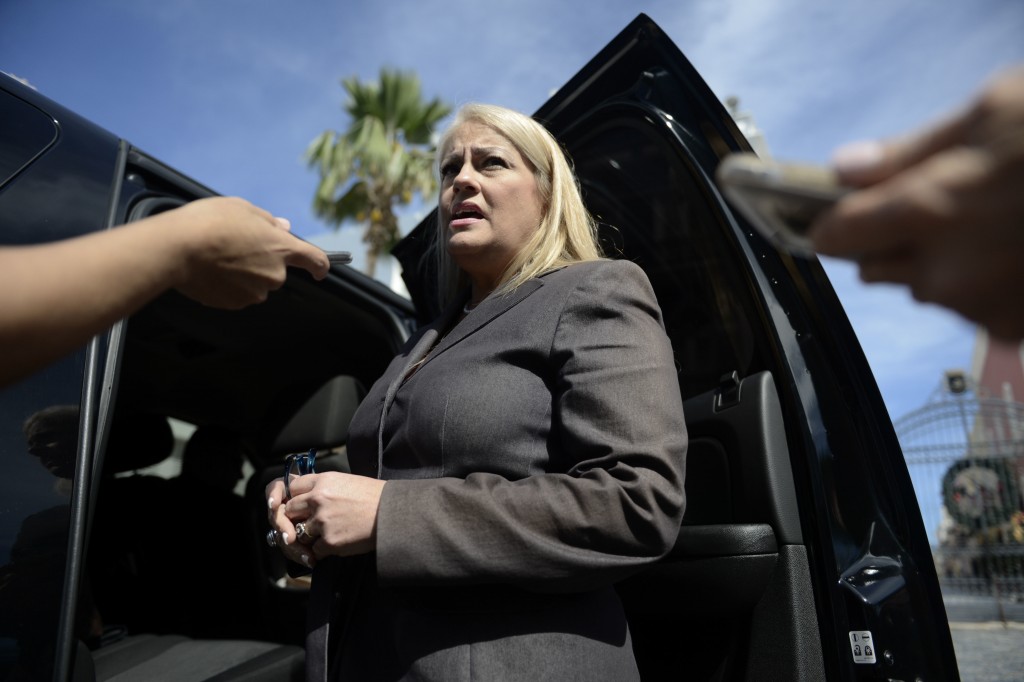 SAN JUAN, Puerto Rico (AP) — The woman set to become Puerto Rico's next governor has been criticized for her reluctance to confront problems in Gov. Ricardo Rosselló's administration during her nearly two years as the territory's top law enforcement official.

That criticism is likely to complicate Justice Secretary Wanda Vázquez's ability to complete Rosselló's term in the face of widespread public anger toward the departing governor and some of his male aides over a leaked online chat in which they mocked their constituents and made insulting remarks about women.

Before she was sworn in as justice secretary in January 2017, Vázquez worked as a district attorney for two decades at the island's justice department and in 2010 was appointed director of the Office for Women's Rights.

After she became secretary, she was criticized by some for not being aggressive enough in pursuing corruption investigations involving members of her pro-statehood New Progressive Party, of which Rosselló also is a member.

Critics also said Vázquez, who once handled domestic and sexual abuse cases as a prosecutor, did not prioritize gender violence cases as secretary.

Nearly two years after she became justice secretary, Vázquez became embroiled in a high-profile court case that turned some Puerto Ricans against her.

Last November, the Office of Government Ethics said it had received a complaint about possible ethical violations involving Vázquez, who was accused of intervening in a case involving a suspect charged with stealing government property at a home where Vázquez's daughter lived.

Vázquez appeared in court to face charges that included two violations of a local government ethics law. In December, a judge found there was no evidence to arrest her.

Vázquez becomes Puerto Rico's second female governor. Under the island's constitution, the secretary of state is first in line to take over if the governor resigns. But Secretary of State Luis Rivera Marín, one of the 12 men who took part in the chat, resigned July 13 in the uproar over the leak.

Shortly after the 889-page chat was leaked, Vázquez issued a statement stating she was "profoundly affected and saddened" by the remarks.

"I recognize that the frustrations and pressures of the day-to-day can be expressed in an incorrect way within the privacy of a friendship," she said. "But I have to express the deep regret this causes me as a woman, as a mother, as a professional and as a citizen of this beautiful island."

Earlier this month, Vázquez vowed to cooperate with U.S. authorities to fight corruption and oust all those accused of wrongdoing after federal agents arrested the island's education secretary, Julia Keleher, and other government officials on corruption charges.