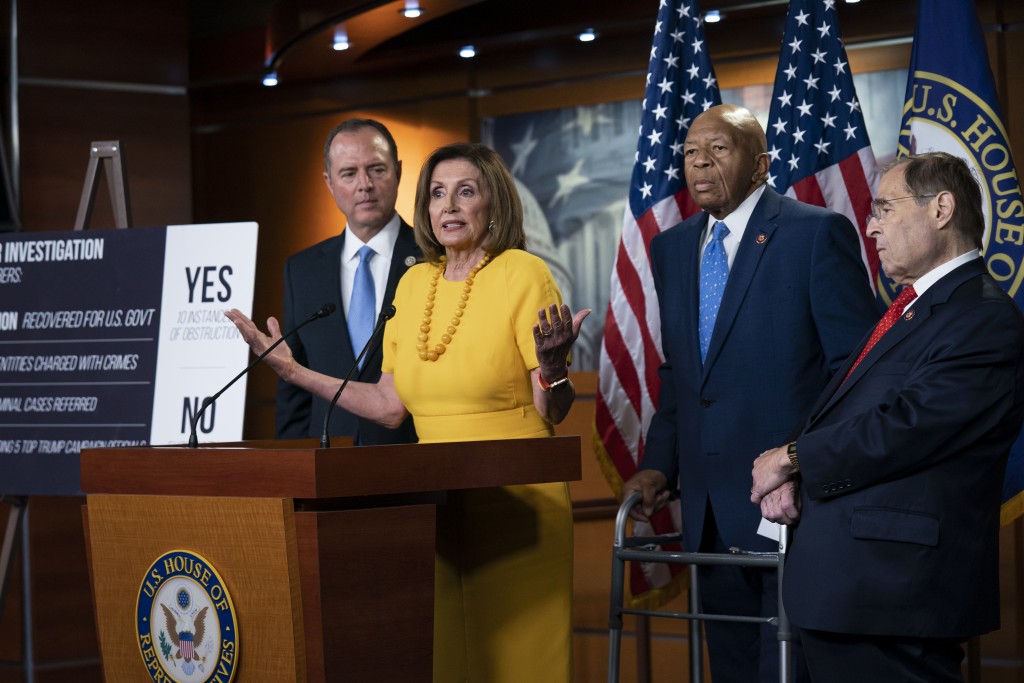 WASHINGTON (AP) — In the wake of House hearings on the Mueller report, Democrats say they will continue to hold President Donald Trump to account.

Democrats have multiple investigations of the president underway that don't require cooperation from the White House or the Justice Department. In addition, the House Judiciary Committee says it's filing lawsuit to obtain secret grand jury testimony and to challenge the White House claim of "absolute immunity" to block testimony from Trump's aides.

Apart from investigations, nearly 90 House Democrats have called for an impeachment inquiry, and more are certain to join the call after former special counsel Robert Mueller's testimony.

Democrats in both the House and the Senate want to move forward with legislation to make elections more secure after Mueller extensively detailed Russian interference.