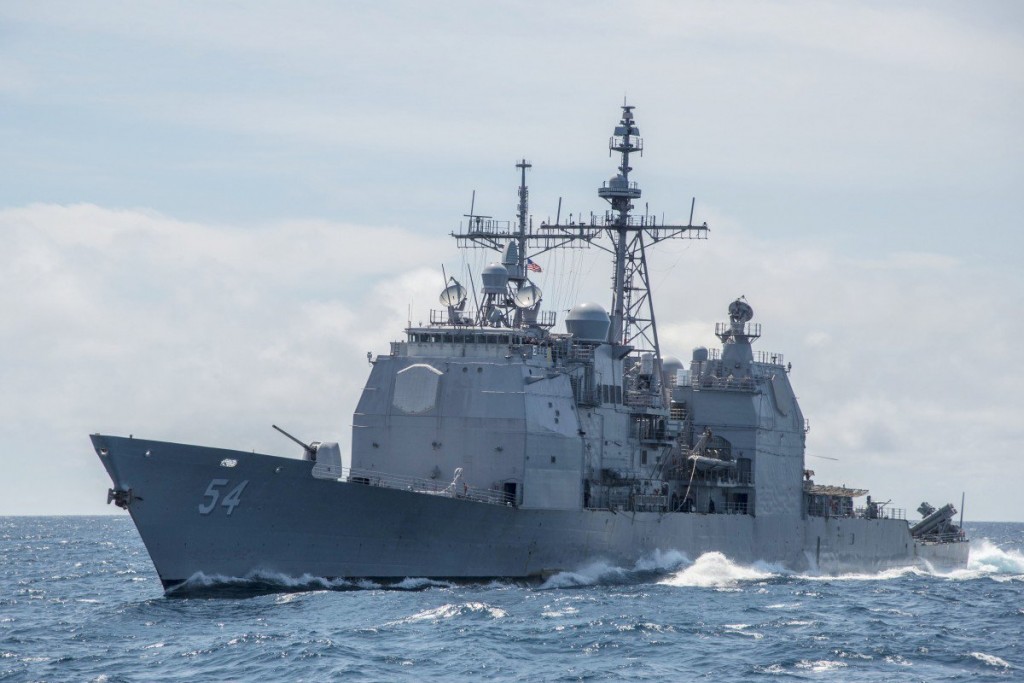 TAIPEI (Taiwan News) -- A large, heavily armed U.S. Navy warship sailed through the waters of the Taiwan Strait on Wednesday (July 24), the same day the Communist Chinese military released a white paper in which it threatened to use force against so-called pro-Taiwan independence "separatists."

On Wednesday, the U.S. Navy announced that it had sent the USS Antietam (CG-54), a Ticonderoga-class guided-missile cruiser, through the Taiwan Strait that day. Commander Clay Doss, a spokesman for the US Navy's Seventh Fleet, told CNN the "USS Antietam conducted a routine Taiwan Strait transit July 24-25 (local time) in accordance with international law."

In China's much-ballyhooed white paper released on Wednesday, it accused the U.S., which this month approved a sales package of tanks and Stinger missiles valued at approximately US$2.2 billion to Taiwan, of "undermining global strategic stability." Doss countered China's assertion by saying that "The (ship’s) transit through the Taiwan Strait demonstrates the US commitment to a free and open Indo-Pacific," reported Reuters.

While the paper parroted China's policy of “peaceful reunification” and “one country, two systems” toward Taiwan, it reiterated Beijing will not “renounce the use of force” against “separatists” and “foreign forces." Meanwhile, Doss in his statement reiterated that "The US Navy will continue to fly, sail and operate anywhere international law allows."

The USS Antietam is a guided-missile cruiser, and it last sailed through the Taiwan Strait on Oct 22, 2018. Cruisers are the third-largest vessel in the US Navy's fleet, after aircraft carriers and amphibious assault ships.